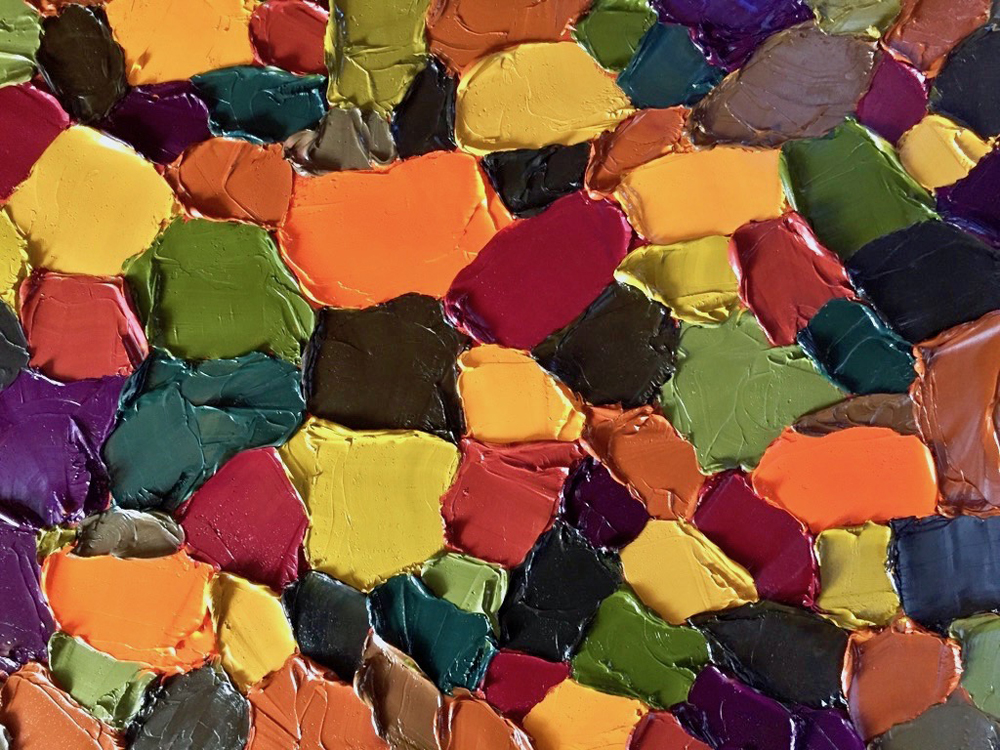 The eldest son of the late Ojibway artist Arthur Shilling, Bewabon Shilling carries with him a strong awareness of his family history and that of his people. Like his father, Shilling feels a deep connection to his studio in Rama, Ontario, where he finds his spirituality and identity by painting the land of his ancestors. His subject matter consists mainly of his environment and its local inhabitants. Painting on the shores of Lake Couchiching, Shilling is engrossed by the ever-changing seasons and inspired by the people that come and go in his life. He often works in series, breaking down the landscape into its simplest form through reduction of shapes and a rich colour palette.

Black River demonstrates the importance of colour in Shilling’s work. Almost appearing molecular and magnified in its rendering, here the colours highlight the beauty, variety, and changing nature of water. The use of a palette knife deconstructs the waterscape almost to abstraction. Speaking of his Black River Series as a whole, the artist notes,

“The energy and flow from a river, with its ongoing movement, is like life; always searching and weaving. Just as autumn leaves fall into a river and start their journey, things often fall into our lives and alter ours.”

Shilling studied at the Ontario College of Art and Design. Also studying abroad in Florence, Italy, upon graduation Bewabon was awarded the Norman Jewison Award and the Rose of Cedarvale Scholarship. Represented by Roberts Gallery in Toronto, Shilling has had numerous solo exhibitions, exhibiting throughout North America and Europe. Showcased by the Art Dealers Association of Canada at the 2011 Armory Show in New York City, most recently Bewabon completed a one-month Artist Residency in Sointula, BC, for which he received funding from the Canada Council for the Arts. Shilling is also represented by the Collectors Gallery in Calgary and the Darrell Bell Gallery in Saskatoon.