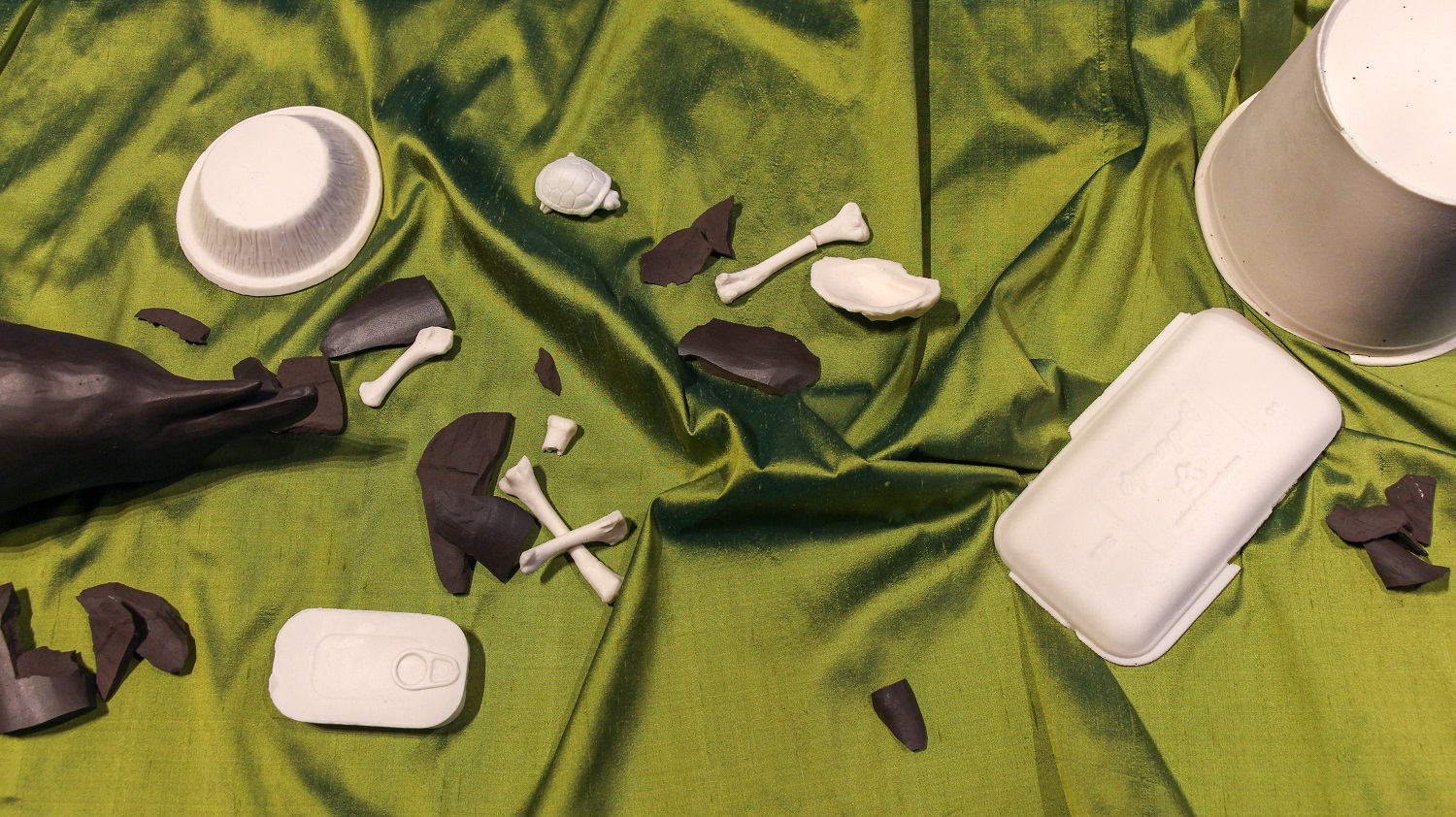 You may remember The Interlopers (2018), which featured the work of celebrated regional artist Mary Anne Barkhouse. This exhibition spoke to the connection between native North American animals and the colonial structures of territory, expansion and empire that encroach on their habitat. We caught up with Mary Anne to share her observations on the impact of COVID-19 on regional wildlife. Here’s what she had to say:

With the advent of this worldwide predicament there have been a few small silver linings mixed in with the global storm. Wildlife, for one, are thankful for the decrease in traffic on the road, the happy collateral effect of home isolation. I have heard anecdotally from the amazing staff at Woodlands Wildlife Sanctuary that they aren’t quite as inundated as they usually are this time of year with the usual barrage of road-injured and orphaned animals. Friends that live in downtown Ottawa have reported wild turkeys showing up in their back alleys, coyotes running down major thoroughfares and a young beaver crossing a usually busy centre town avenue, just blocks from the Parliament buildings. Very Canadian.

In my part of the countryside things have literally slowed down to a turtle’s crawl. Given the prolonged cold spells that we have endured this spring, I was surprised to see a rather large snapping turtle making its way across my laneway. I thought I would take advantage of an unusually sunny day by taking my bike out for a test spin…but then I noticed that someone was already occupying my usual exit to the road. The size of a large dinner platter, the turtle sported beautiful rust and emerald colouration, with the spikes on its shell and tail reminiscent of its Cretaceous ancestors. For added effect it also trailed a bit of pond weed. After making sure I was not a threat, it continued its measured progress towards the next pond over, probably following the same trails it had been using for each of its 80+ years.

We find ourselves in extraordinary times. But this crisis is also reminding us that people can have a tremendously positive impact when we come together to create a better future for all living things.