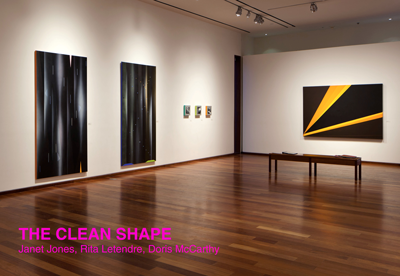 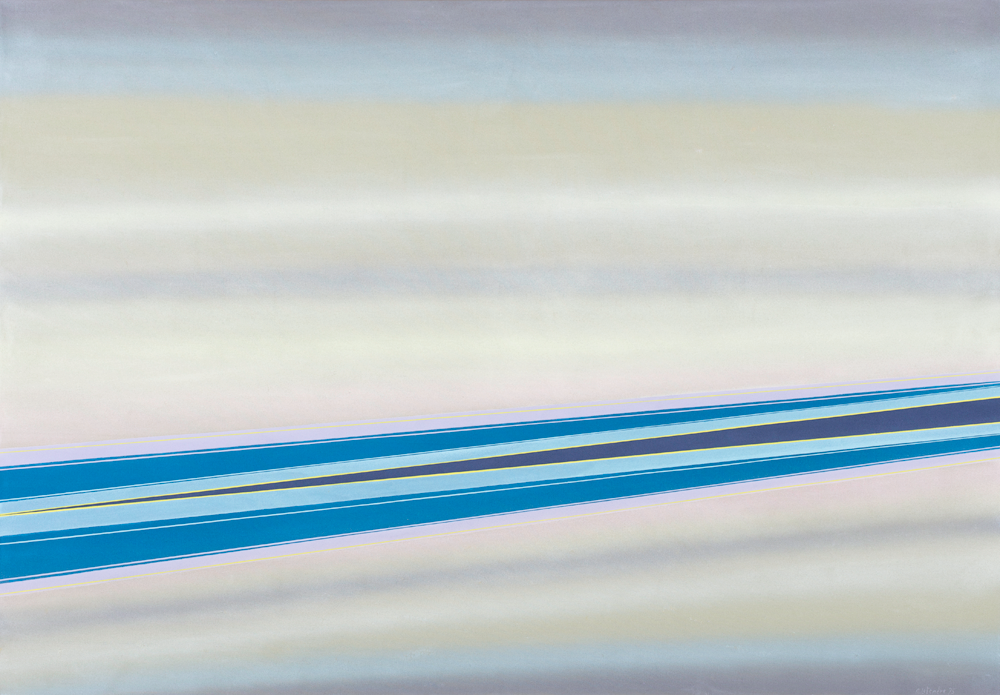 In 1964, Abenaki and Quebecois artist Rita Letendre began to experiment with what she called “the clean shape.” Inspired by her public artworks—murals that bisected the brutalist streets of downtown Toronto with vivid swathes of hard-edged colour—she began to pursue similar forms in her paintings. Violating long-standing taboos in abstraction with illusionist references to light created with airbrush technology, Letendre’s paintings represented a major breakthrough for this already significant artist.

Drawn from the MacLaren’s Permanent Collection, The Clean Shape presents two recently conserved artworks by Letendre alongside paintings by Doris McCarthy and Toronto-based artist Janet Jones. McCarthy’s work, made contemporaneously with Letendre’s, depicts the Canadian landscape rendered in simplified, geometric forms. Jones’ works are architectonic, depicting the hybrid spaces of the globalized world through a conceptually rich, feminist framework. Essential to each are the clean, hard edges of geometric abstraction, achieving the “vibration” of forms that Letendre intended in her earliest experimentations.

Janet Jones has exhibited across Canada as well as in New York, Los Angeles, England, Germany, France and China. A Professor of Painting in the Department of Visual Art and Art History at York University in Toronto, she has served as Chair of the Department of Visual Art and Director of the MFA Graduate Program in Visual Art. Jones received her MFA from York University and her PhD from New York University in art theory and criticism. Her touring survey DaDa Delirium, presented at the MacLaren in 2010, was accompanied by a full-colour catalogue with essays by Stuart Reid and Nell Tenhaaf as well as an artist interview by Georgiana Uhlyarik.

Rita Letendre is a senior Toronto-based artist of Abenaki and Quebecois descent. She initially trained at the École des Beaux-Arts in Montreal before leaving the school for more informal studies with Paul Émile Bourduas and the Automatistes. Letendre’s illustrious career spans six decades of production, and comprises generative periods working in expressionist, lyrical and hard-edge abstraction. Significant public commissions include public murals at the University of California, Long Beach (1965), the Neill-Wycik residence in Toronto (1971) and an immense stained-glass work in Toronto’s Glencairn Station (1978). In 2010, Letendre was awarded the Governor General’s Award in Visual Arts; she has also been awarded the Prix Paul-Émile Borduas, and the Orders of Canada, Ontario and Québec.

Doris McCarthy was born in Calgary in 1910, and moved to Toronto shortly afterwards. McCarthy studied at the Ontario College of Art under Arthur Lismer and J.E.H. MacDonald. She took a position at Toronto’s Central Technical School shortly after graduating, and taught art there for forty years. McCarthy’s work has been collected extensively, and her work is represented in the permanent collections of the National Gallery of Canada, the Art Gallery of Ontario and the MacLaren Art Centre. A recipient of the Order of Canada and the Order of Ontario, the Doris McCarthy Gallery at the University of Toronto, Scarborough is named in her honour. She passed away in 2010; her beloved home and studio Fool’s Paradise is now the site of an artist residency administered by the Ontario Heritage Trust. 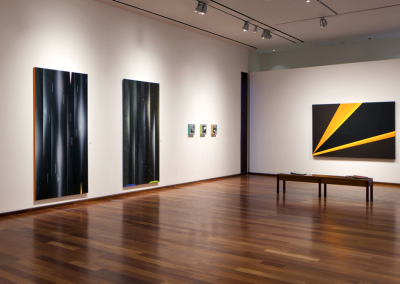 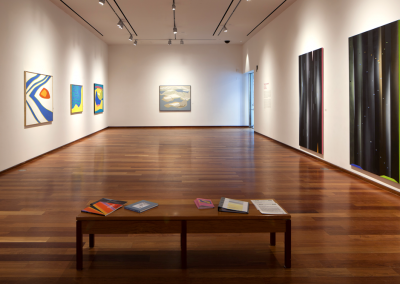 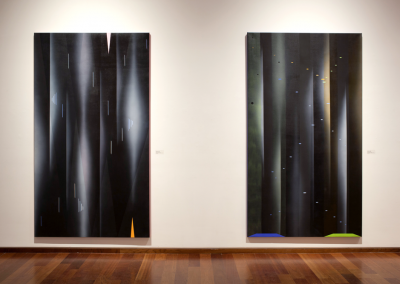 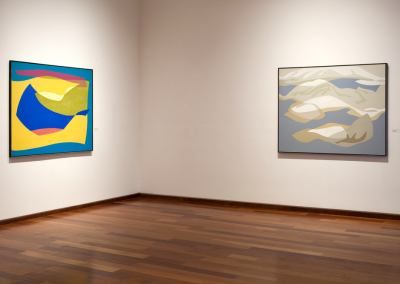 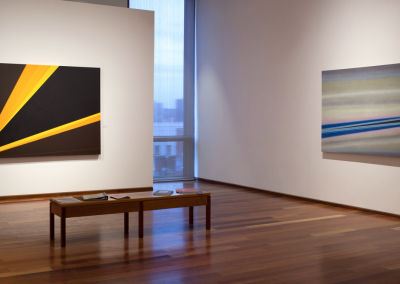