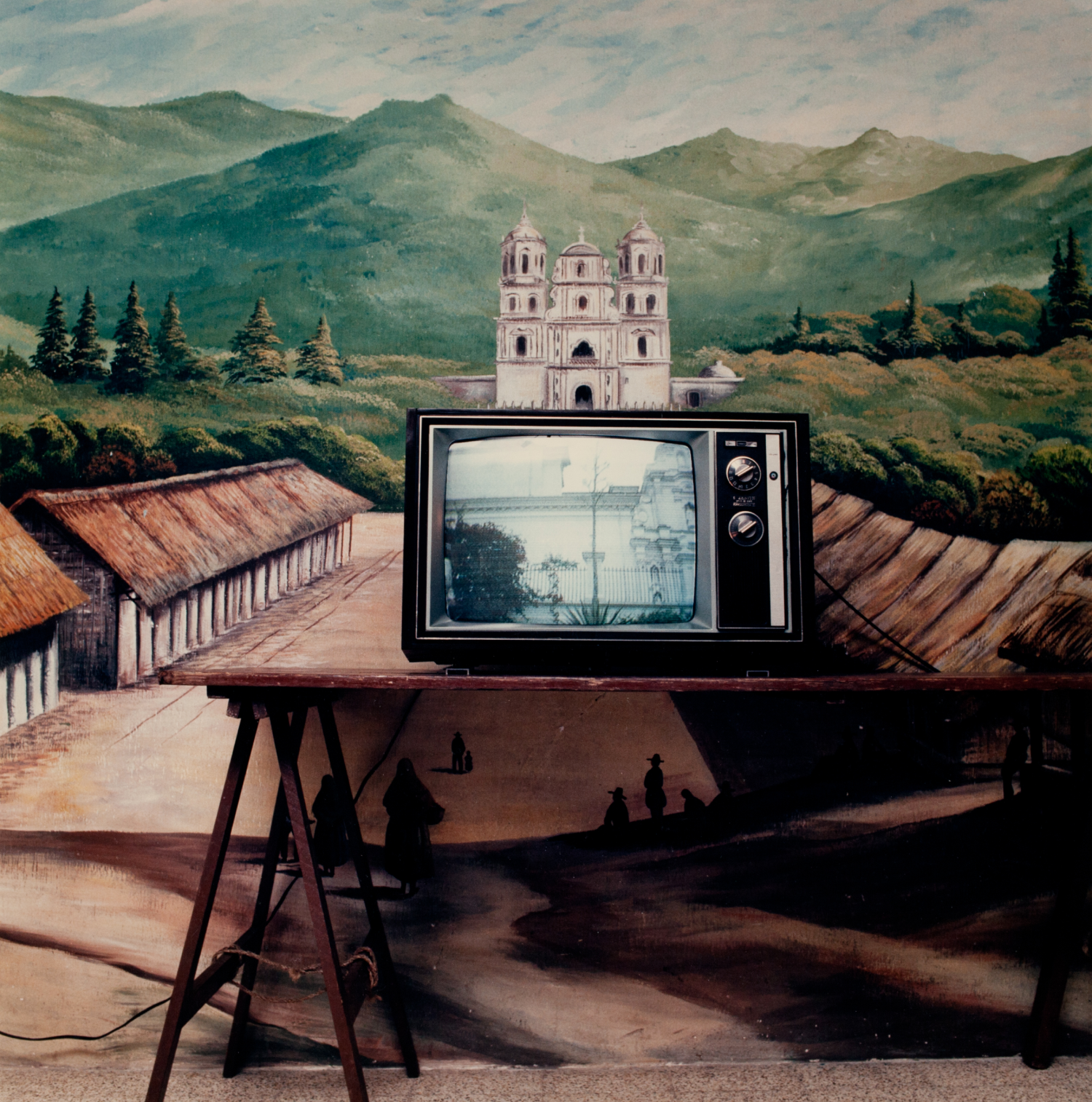 Rafael Goldchain is a Chilean-Canadian photographer of Polish-Jewish descent who engages in themes relating to memory, family and urban landscapes. Born in Santiago, Chile in 1953, he studied in Jerusalem, Israel and settled permanently in Toronto in the late 1970s. Goldchain travelled to Mexico and Central America in the 1980s and 1990s to create a series of photographs that reflect on political conflicts and the homogenizing impacts of globalization in the region.

Taken during the Guatemalan Civil War (1960-1996), Press Lounge, Esquipulas, Guatemala is a photograph of a humble press lounge where footage of the Basilica of Esquipulas—the largest Roman Catholic church in Central America and a major pilgrimage and tourism site—is played on a television. The scene unfolds against a folkloric mural of Indigenous Mayans walking towards that same Basilica. This romanticized representation of Indigenous people was at odds with Guatemala’s political reality at the time; the Civil War led to the genocide of nearly 200,000 Indigenous Mayans. The layering of the two scenes of the same building hints at the artifice of images and brings into question the political motivations behind state media.

Goldchain obtained his MA in Art History from the University of Toronto, his MFA from York University and a BA in Film and Photography from Ryerson University, both in Toronto. His work is collected by the Museum of Modern Art, New York; the Museum of Fine Arts, Houston; and the Bibliothèque nationale de France, Paris. He exhibited his work at Aperture Gallery, New York; the National Gallery of Canada, Ottawa; and the Museum of Contemporary Art Toronto. In 1989, Goldchain was awarded the Leopold Godowsky Prize in Photography and the Duke and Duchess of York Prize in Photography. He lives and works in Toronto.