John Gould: Until death it is all life 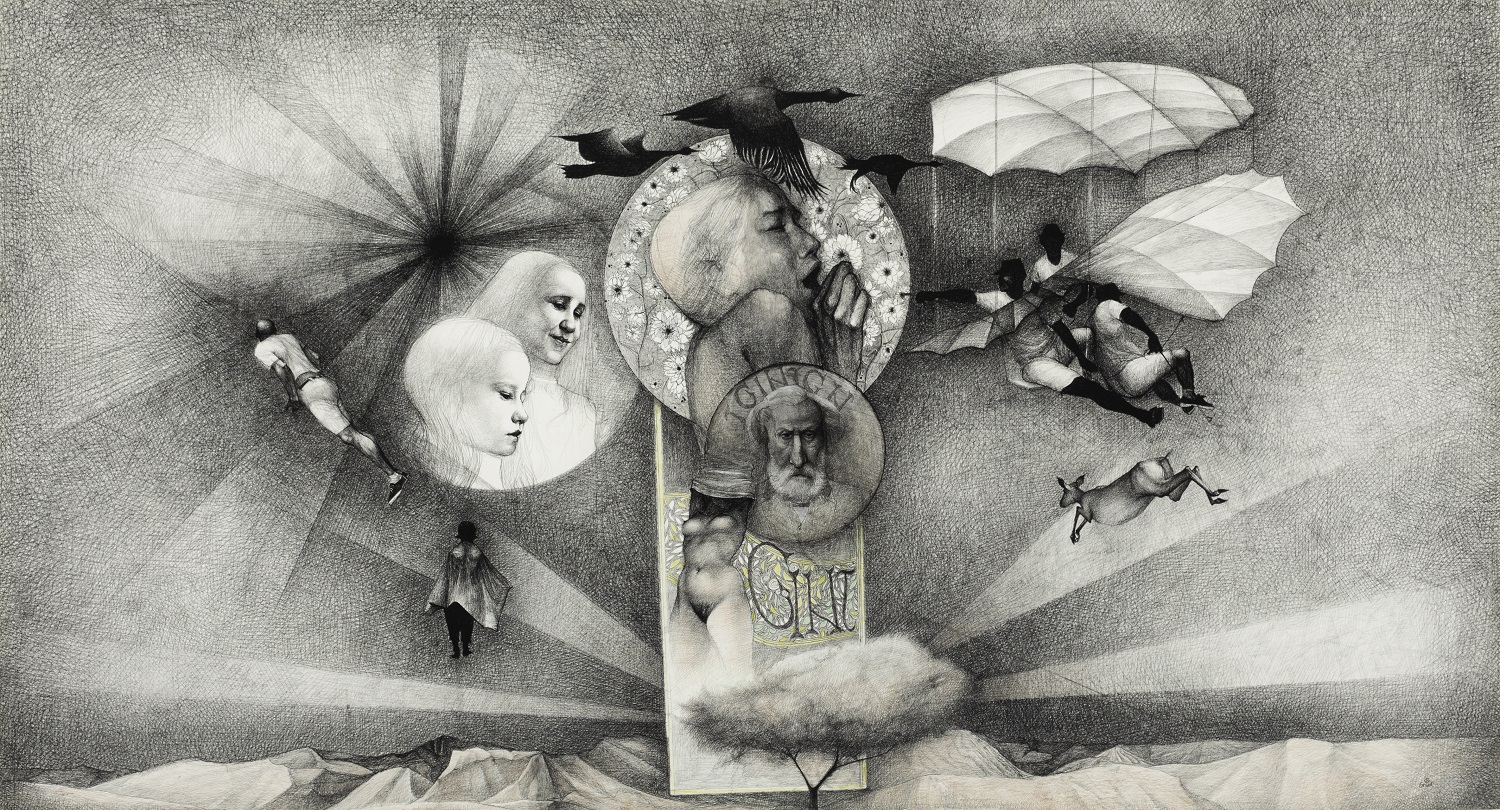 In 1967, while walking with his daughter Maria, artist John Gould decided to purchase a white cottage surrounded by shade trees in Waubaushene, about half an hour north of Barrie. It was there that Gould would undertake the most ambitious work of his career. Combining figures from autobiography, personal observation, dreams and cinema, Gould’s Ancestors drawings are as the artist described, “a frozen tableau of the mind, without philosophic emphasis, without narrative line, without a specific setting.” Gould identified strongly with Miguel de Cervantes’ romantic almost-hero, Don Quixote, and the exuberant imagery of these drawings embodies Cervantes credo that “until death, it is all life.”

John Gould was one of Canada’s pre-eminent draughtsmen, a rare artist who devoted his entire career to drawing. Born in Toronto in 1929 and educated at the Ontario College of Art, he exhibited throughout Canada and the United States until his death in Barrie in 2010.