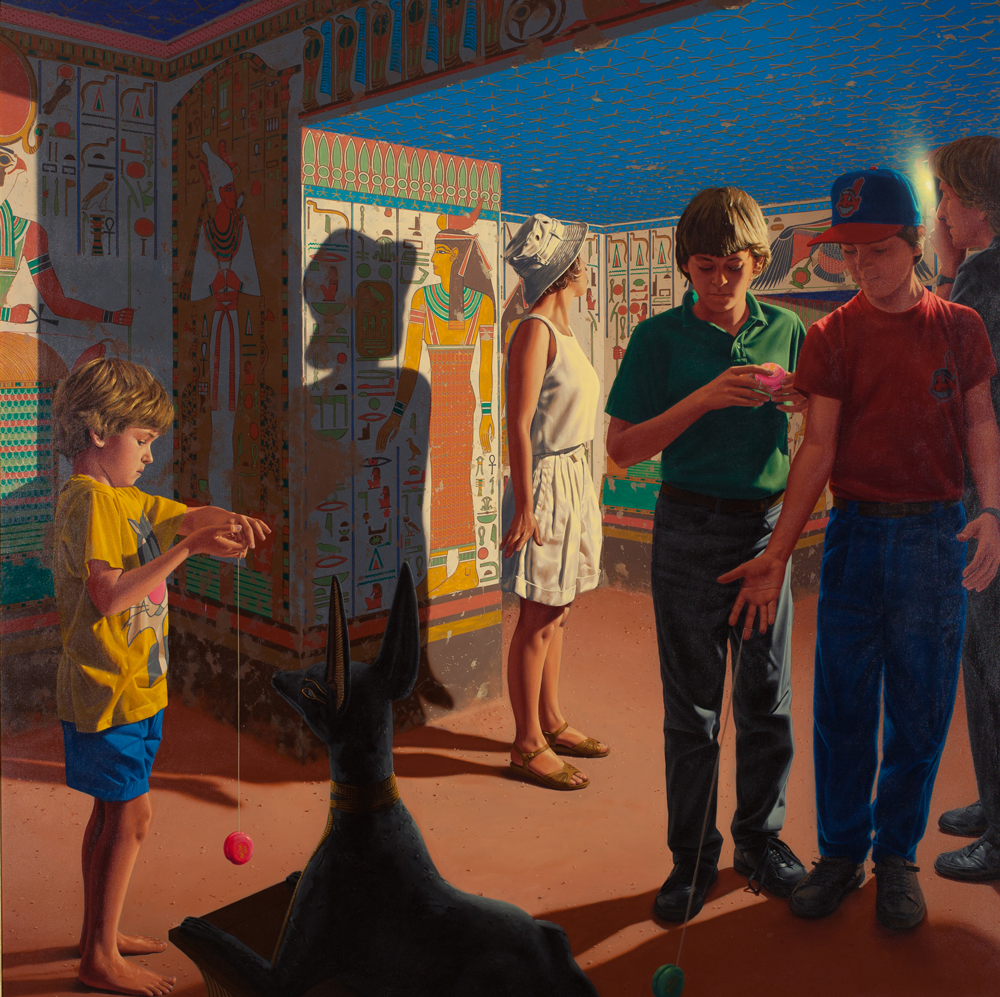 Phil Richards is an acclaimed Canadian realist painter best known for his expressive portraits of cultural and political icons. Walk the Dog is a realist painting of a family visiting an archaeological site in Egypt or an encyclopedic museum in the West. In this fictional scene, the husband photographs his wife against a backdrop of hieroglyphic texts, while their children play with yo-yos beside a statue of Anubis.

Anubis is the ancient mythological Egyptian god of death who presided over mummification rituals—particularly those of pharaohs, nobility and animals—and guided souls into the afterlife. Ensuring the protection of those entombed, Anubis is depicted in statues or hieroglyphs of royal funerary chambers—most notably King Tutankhamen—as a jackal-dog hybrid or a priest wearing a jackal mask. Although the title of the painting—Walk the Dog—references a popular yo-yo trick, Richard’s work also points to Anubis as a spiritual deity who instead leads humans towards their journey in the afterlife.

Phil Richards studied at the Ontario College of Art and Design. His work is held in the collections of the Art Gallery of Ontario, Toronto; the Robert McLaughlin Gallery, Oshawa; the Kitchener-Waterloo Art Gallery; and the Confederation Centre of the Arts, Prince Edward Island. He has been commissioned to paint portraits of major public figures, including Bob Rae, the former Premier of Ontario; Robert Prichard, former President of the University of Toronto; and most recently, Queen Elizabeth II. The artist lives and works in Toronto. This artwork is presented in honor of International Museum Day.