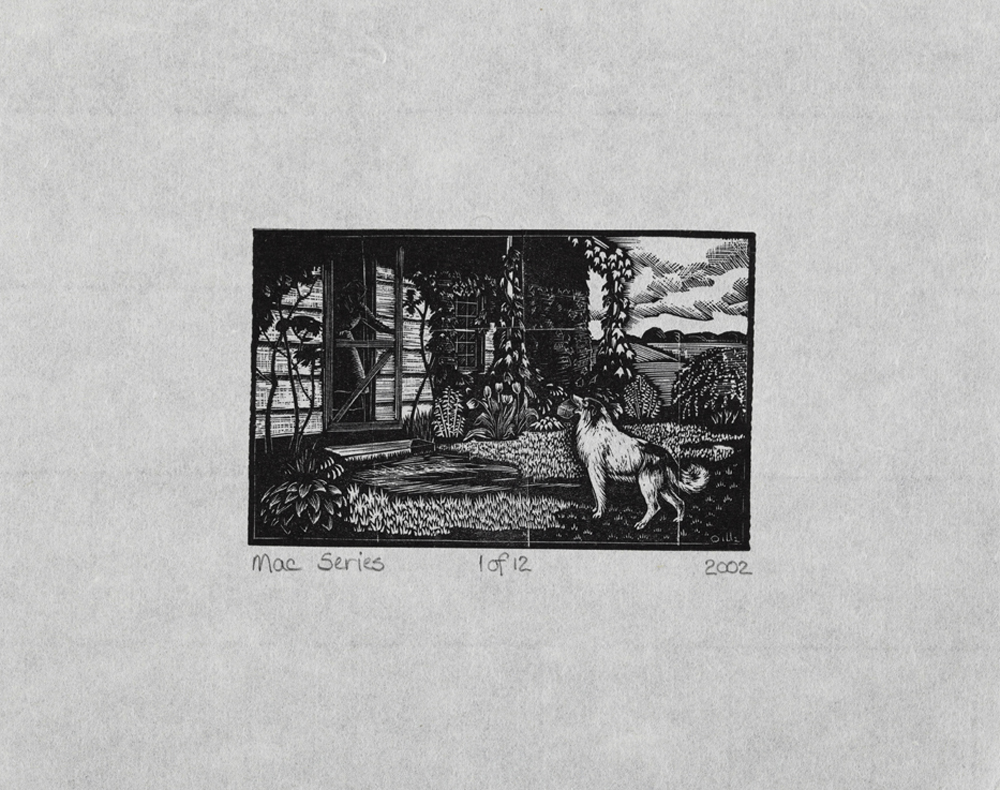 Lucille Oille was a regional artist and an illustrator whose works appeared in newspapers and prominent books of the mid-20th century. Drawn from the MacLaren’s Permanent Collection, this presentation of engraved prints largely focuses on Oille’s first illustrations from The Owl Pen (1947) by Kenneth Wells, a heartfelt memoir of Oille and Wells’ life on a rustic farm in Oro-Medonte. In pursuit of a rural paradise, the couple moved in the late 1940s from Toronto to Oro-Medonte where they purchased a dilapidated early 19th century log cabin. This would become their modern homestead, the Owl Pen.

The works on view chronicle the transformation of a once untended landscape. On their farm, Oille and Wells herded goats, planted orchards and built an apiary. Engraved with careful precision and dense details, Oille’s illustrations attest to her technical ability in depicting the humble beauty of Oro-Medonte’s farmlands. Complementing these engravings are scenes of farmers working the land in rural Ekfrid from a posthumous edition of In Pastures Green (1915) by Peter McArthur. Displayed in clusters, the works depict the rhythms of the seasons, harvest returns and the rewards of hard labour. 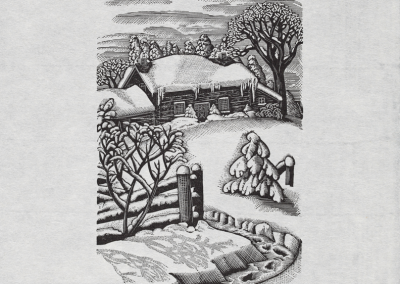 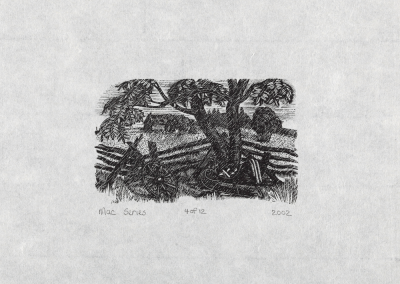 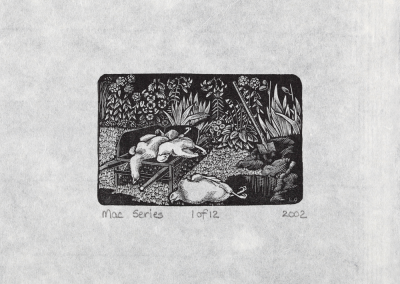 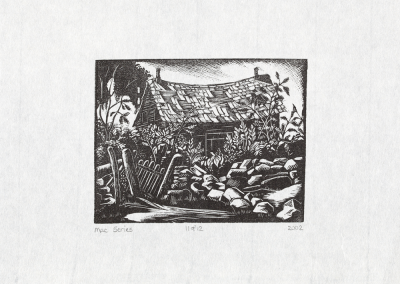 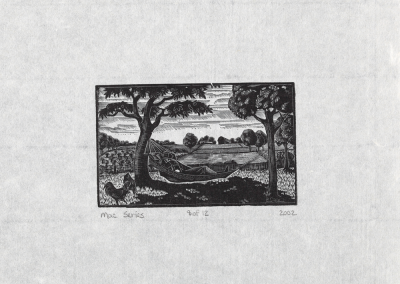 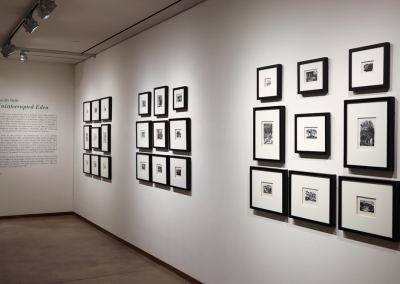