Drawn from the MacLaren’s Permanent Collection, this exhibition presents works on paper by Romanian-born Israeli-Canadian artist Sorel Etrog (1933–2014). Etrog was a survivor of Nazi Germany’s occupation of Romania. Anatomy of Tension explores the artist’s interests in the paradoxical forces that characterize our human condition—freedom and bondage, movement and stasis, hope and despair—offering quiet ruminations on the human psyche. 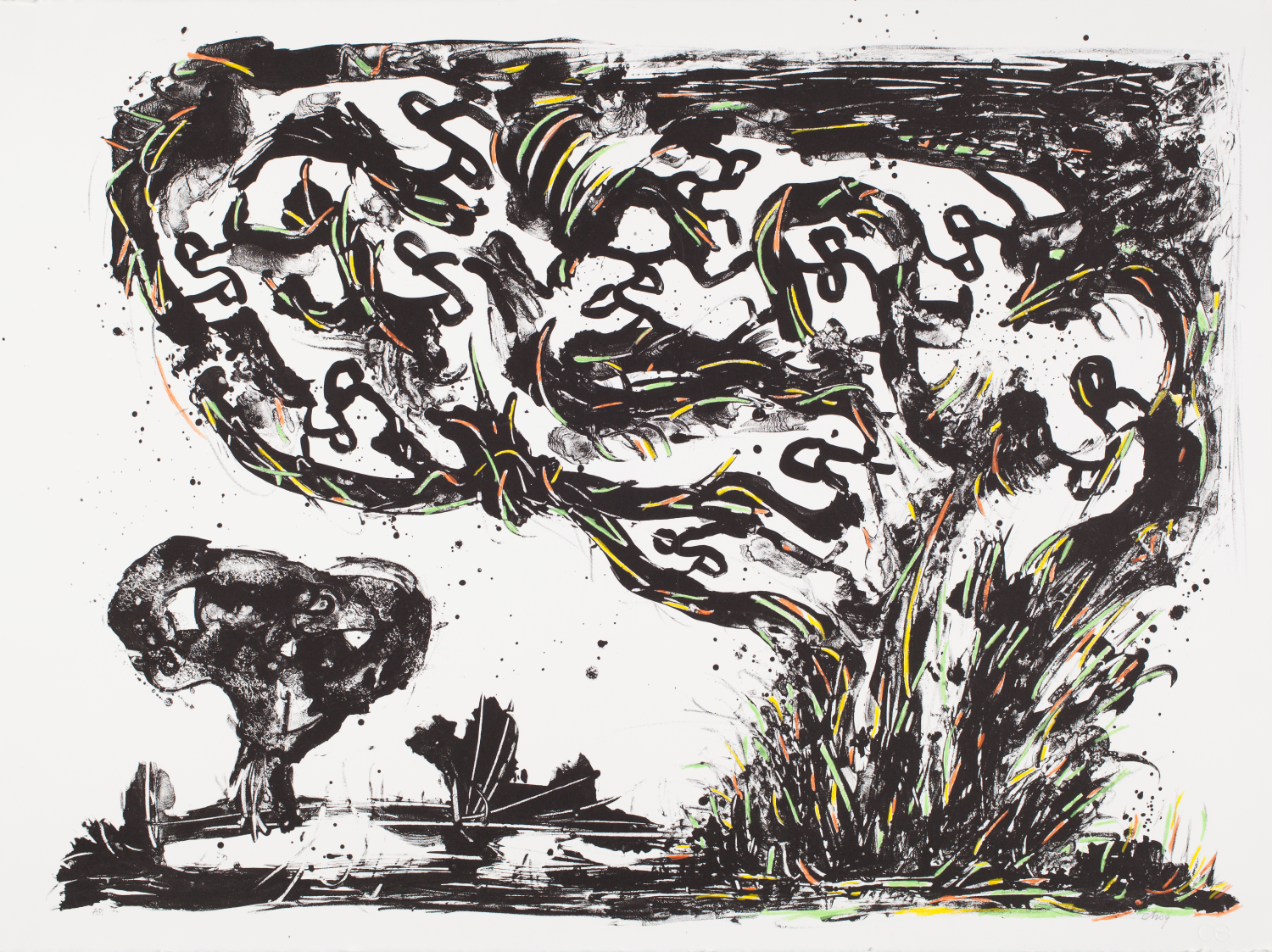 Hand coloured serigraph on paper
Gift of the artist, 1998 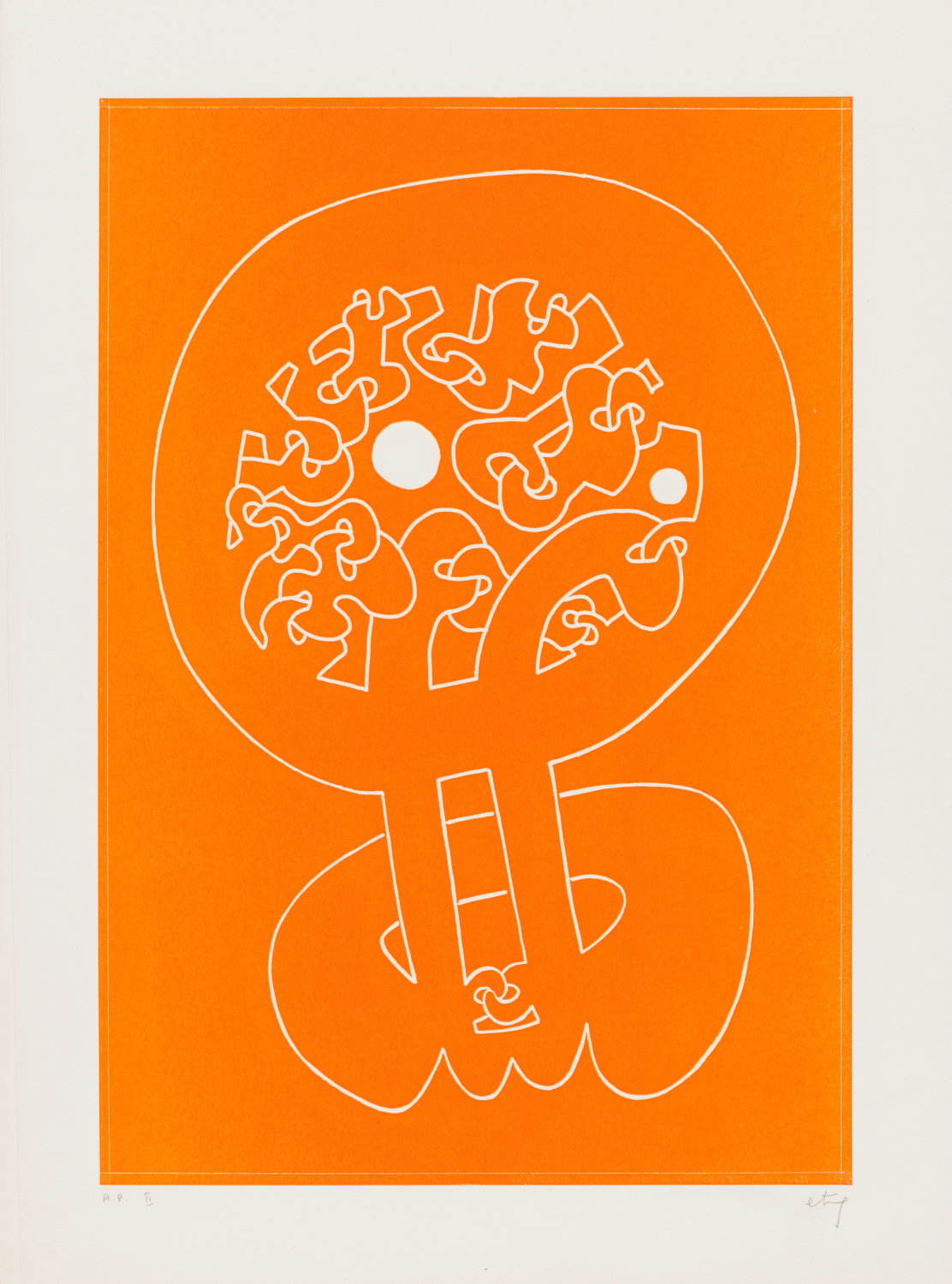 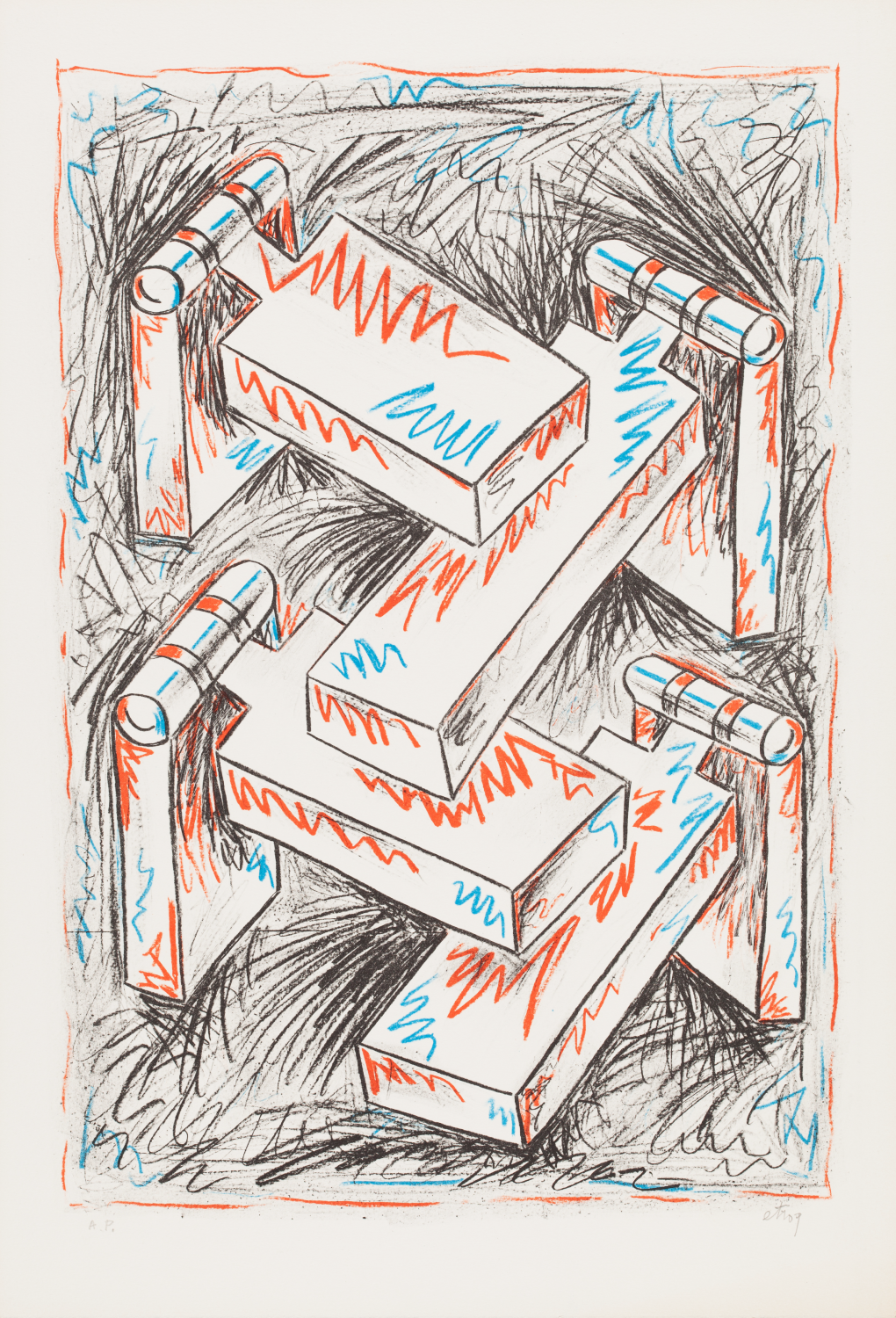 Anatomy of Tension explores Sorel Etrog’s interests in the paradoxical forces that characterize our human condition—freedom and bondage, movement and stasis, hope and despair—and how they are connected through the recurring motif of the chain link. In Etrog’s words, the chain link is “a strong device for connecting and creating tension, mirroring the tension in our very existence with and within the outside world.” Drawn from the MacLaren’s Permanent Collection, Etrog’s drawings and prints from the 1960s and 1970s include portraits of unknown men and the artist’s hands, studies of languid bathers and stretching dancers, and compositions of bulls and landscapes where chain links feature as enigmatic symbols of connection that are central to the mechanisms of existence.

Sorel Etrog was born in 1933 in Iasi, Romania. In 1950, he immigrated to Israel and studied at the Tel Aviv Institute of Art. In 1953, Etrog continued his studies at the Brooklyn Museum Art Institute and a decade later settled in Toronto. He represented Canada at the Venice Biennale alongside artists Alex Colville and Yves Gaucher in 1966. His work is collected by the Solomon R. Guggenheim Museum, New York City; the Centre Pompidou, Paris; and the Singapore Art Museum. The artist died in Toronto in 2014.