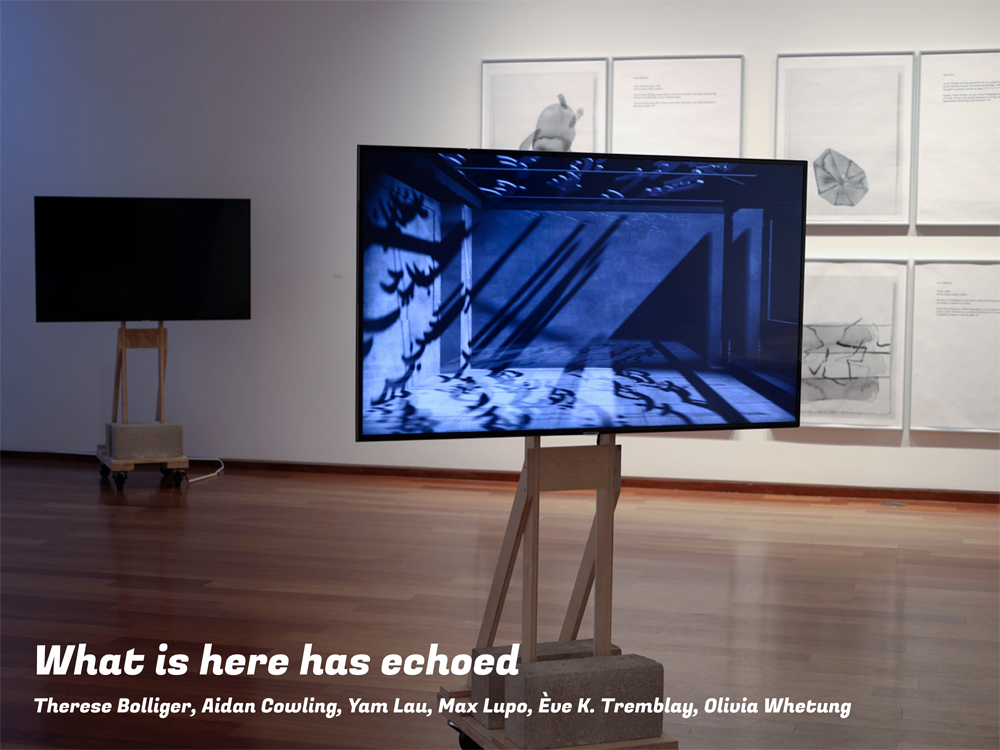 What is here has echoed Exhibition Publication

What is here has echoed 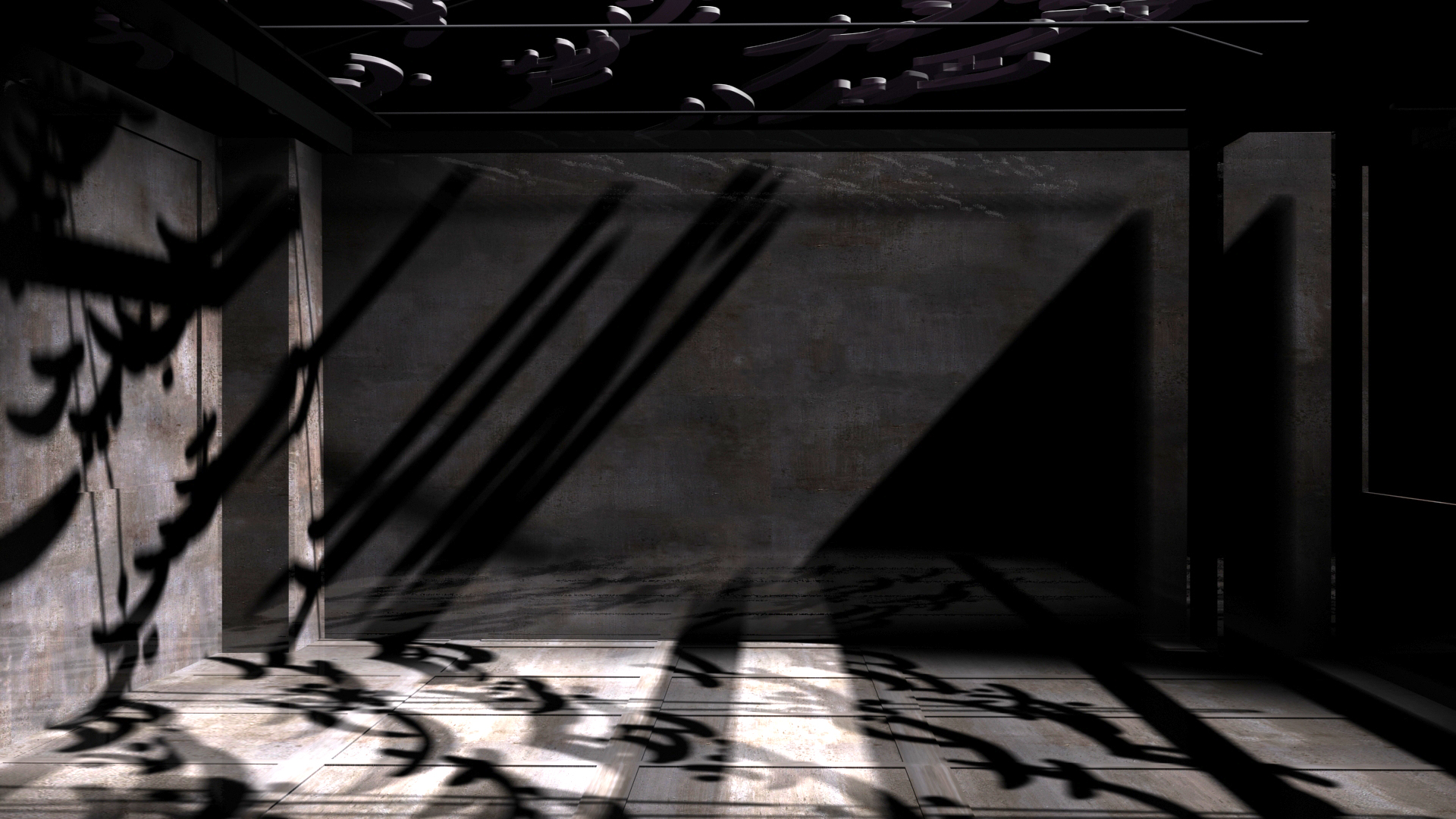 This group exhibition looks at artistic strategies to manifest, memorialize or make permanent language or knowledge at risk of being erased. Therese Bolliger (Toronto) and Ève K. Tremblay (Montreal/Plattsburgh, NY) examine personal experiences: Bolliger explores moments of intense engagement with artworks while Tremblay shares her experiences at the edge of a threatened landscape. Video installations by Aidan Cowling (Guelph) and Yam Lau (Toronto) reveal encounters with specific communities: Lau’s project examines Nüshu, a written syllabary used by women in the Jiangyong region of feudal China; and Cowling, demagnetized tapes of erotica from the collection of the ArQuives, Toronto. Max Lupo (Newmarket) renders authorship algorithmic, coding a machine to generate texts using the voices of Nietszche, Shakespeare and Gertrude Stein. Olivia Whetung (Chemong Lake) translates digital photographs of the natural world into beadworks, suggesting time signatures and cultural practices much longer than colonial ones. As a whole, What is here has echoed offers a glimpse into how artists encode memory into works intended to withstand the exigencies of time.

What is here has echoed exhibition essay 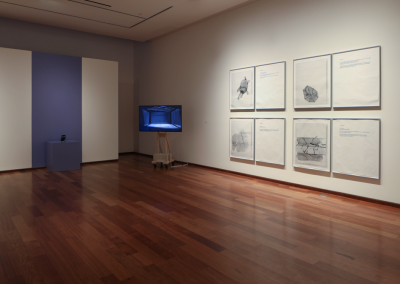 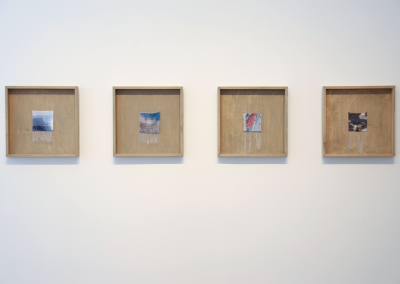 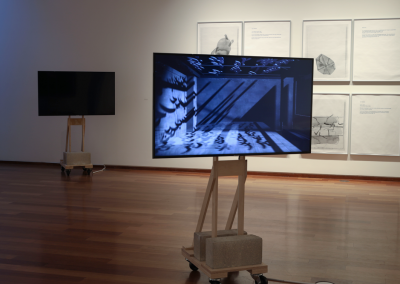 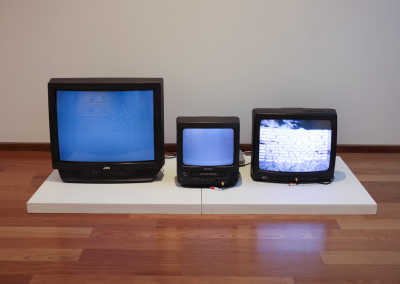 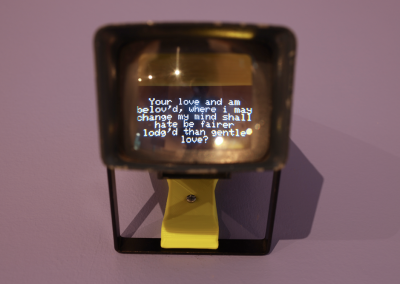 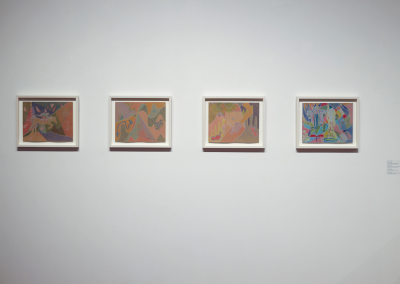 Therese Bolliger attended the Schools of Visual Art in Basel and Bern, Switzerland, where she was born in 1944. She has exhibited widely throughout Canada and internationally. Recent exhibitions include The Green of Her, curated by Daniella Sanader, Oakville Galleries, 2016; and Ueberzeichnen: Von Basel Aus, Kunsthaus Baselland, Switzerland, 2015. Her work is in the permanent collections of Hart House, University of Toronto, Toronto; The Donovan Collection, University of St. Michael’s College, Toronto; Oakville Galleries, Oakville, ON; and Kamloops Art Gallery, Kamloops, BC. Therese Bolliger is represented by Christie Contemporary, Toronto.

Aidan Cowling is an artist and educator whose work critically engages and interprets our anxiety around sex and sexuality. He is interested in how technology shapes our contemporary experience and understanding of desire, intimacy and power. He works with archival and online material that reflects queer subcultures and explores how this material is weaponized or used as pedagogy. He has shown his work at the Small Arms Inspection Building, Mississauga; Boarding House Gallery, Guelph; the Gladstone Hotel, Toronto; and Gallery 44, Toronto. Cowling received his MFA from the University of Guelph in 2019.

Max Lupo is an emerging artist who recently completed his Master of Fine Arts from OCADu; his BFA is from Thompson Rivers University, Kamloops, in partnership with Georgian College. Over the course of his education Max focused on printmaking, and new media sculpture. These days, Max works hard in order to bring the most fascinating inventions to life. He has had recent exhibitions at Trinity Square Video, Toronto; the Gibson Centre, Alliston; Open Space Gallery, Toronto; Verso, Toronto; and the Campus Gallery at Georgian College. He works as an educator at Georgian College, and the Innisfil Public Library and Idealab and is currently based in Newmarket.

Ève K. Tremblay is a photographer and multidisciplinary artist, born in Val-David, in the Laurentians. After studying literature at the University of Montreal (1991-1992) and theater at Neighborhood Playhouse School in New York (1994-1995), Eve K. obtained a Bachelor of Fine Arts degree with major in photography from Concordia University. Since 2000, Eve K. shared her time between Montreal, Berlin, New York City, New Jersey, Val-David, and recently Plattsburgh, NY. She has exhibited at the Musee nationale du beaux art, Quebec; Bergen Kunsthall, Norway; Kunstraum Kreuzberg, Denmark; the Museum of Contemporary Art of Montreal; Museum of Contemporary Art of the Laurentians; the Prague Biennial; The Momentum Nordic Biennial 7 in Norway; Petach Tikva Museum of Art, Israel; University of Waterloo Art Gallery; the Southern Alberta Art Gallery; Owens Art Gallery, Halifax. She is represented by Patrick Mikhail Gallery in Montreal.

Olivia Whetung is anishinaabekwe and a member of Curve Lake First Nation. She completed her BFA with a minor in anishinaabemowin at Algoma University in 2013, and her MFA at the University of British Columbia in 2016. Whetung works in various media including beadwork, printmaking, and digital media. Her work explores acts of/active native presence, as well as the challenges of working with/in/through Indigenous languages in an art world dominated by the English language. Her work is informed in part by her experiences as an anishinaabemowin learner.  She has shown her work at Gallery 44, Toronto; the Textile Museum, Toronto; Artspace, Peterborough; the Western Front, Vancouver; and others. She was awarded the John Hartman Award in 2018, the William and Meredith Saunderson Prize for Emerging Artists in 2016, and is a recipient of a CGS-M Social Sciences and Humanities Research Council Award and an Aboriginal Graduate Fellowship. In 2019 she was awarded a Joseph S. Stauffer Prize by the Canada Council for the Arts. Whetung is from the area now called the Kawarthas, and presently resides on Chemong Lake.