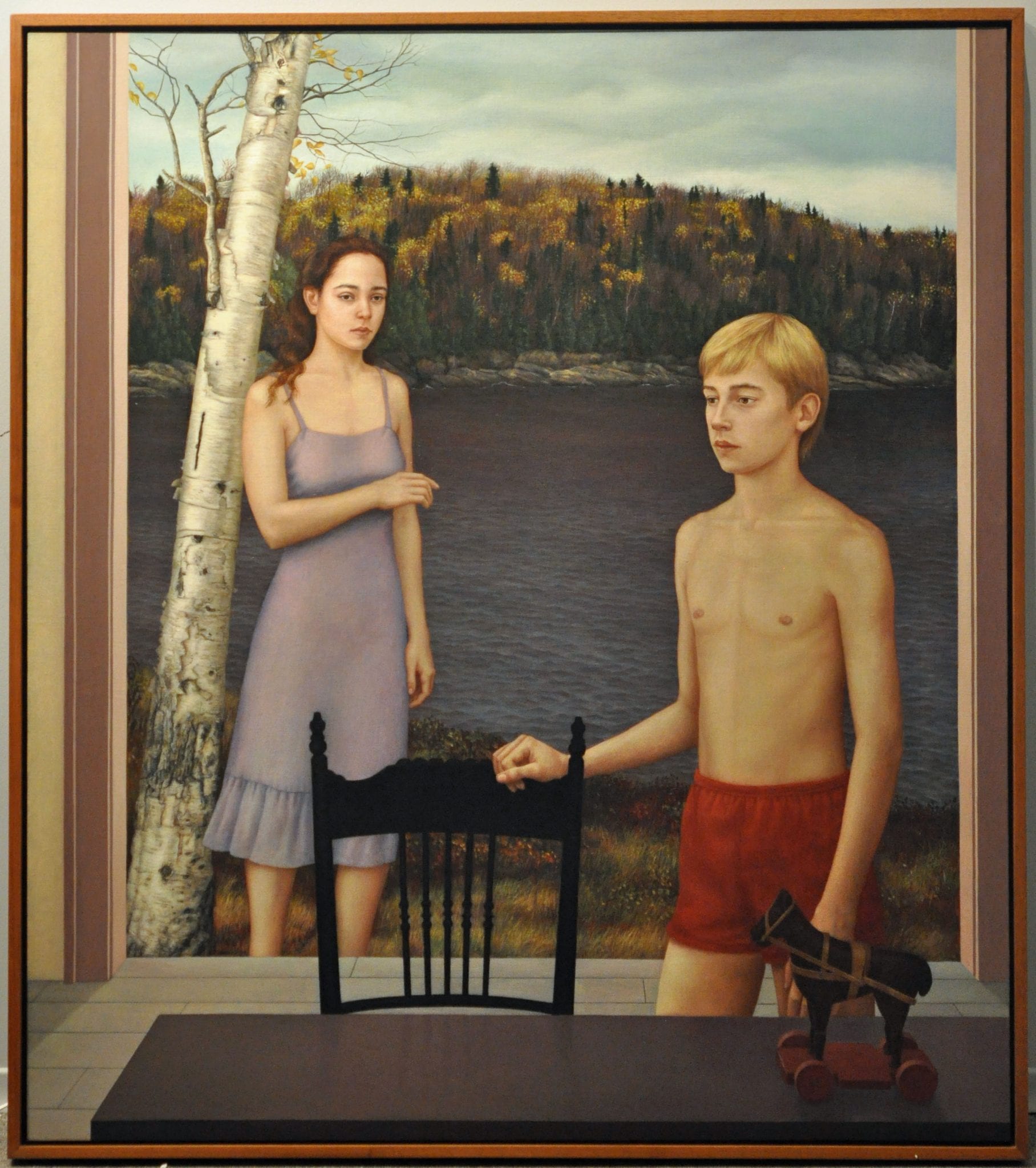 Valerie Palmer is a Michipicoten Bay-based painter whose realist works situate her human subjects in the psychologically-charged landscapes and domestic environments of Northern Lake Superior. Palmer’s Clouds (1990) features two figures, one female and one male, their bodies turned towards each other but their gazes shuttered and introspective. Both are in transition between childhood and adulthood: the boy’s features are hardening into the chiseled contours of adolescence, while the girl’s figure is softening into feminine curves. A sense of unease is accentuated by the painting’s strange perspective and the layering of a flattened interior over a rich exterior scene. This painting was acquired by the MacLaren Art Centre in 2015, and this presentation marks its first public display here.