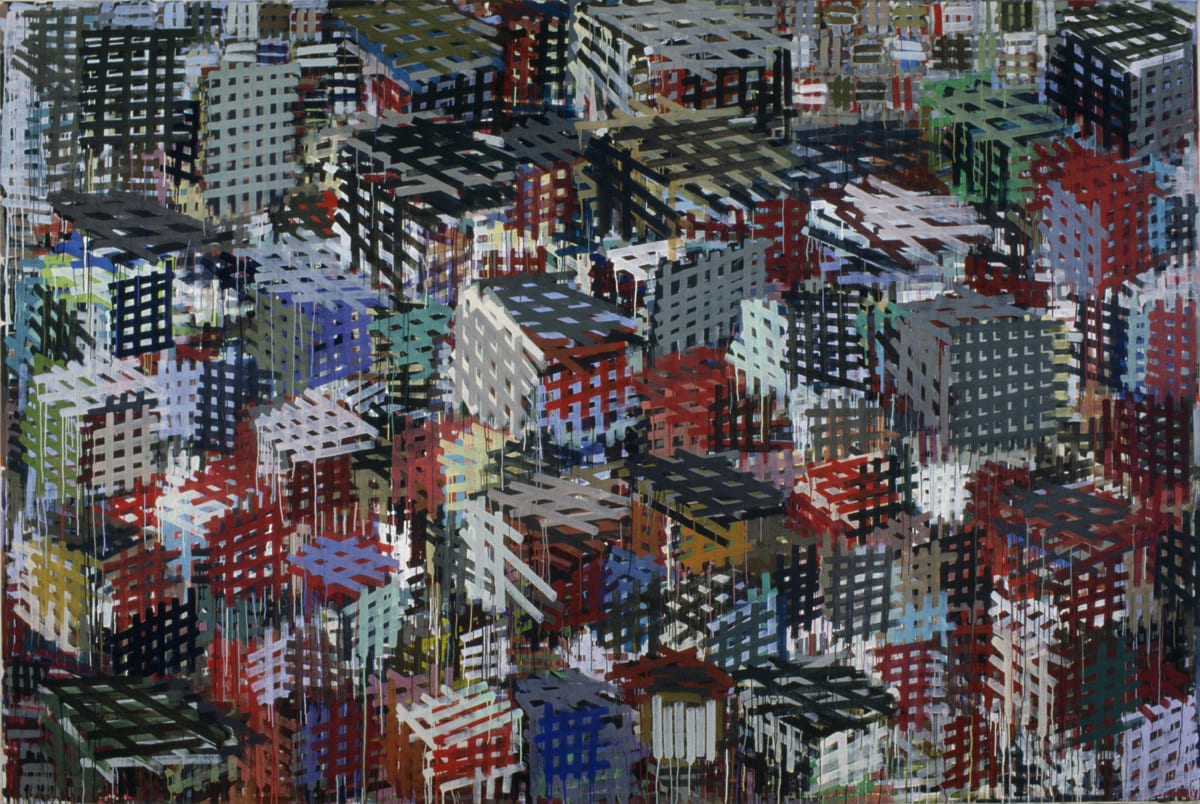 Denyse Thomasos was widely admired for her intensely researched, methodically composed and personally articulated language of abstract painting. Urban Jewels features six of her seminal, monumental canvases, which have been largely unseen since their creation in the 1990s. In these works, one can recognize fully fledged the hallmarks of Thomasos’ later style: grids of layered, striated marks, earthy, organic palettes and graphic, architectonic, cultural and historical references related to her investigations of the Middle Passage of the Atlantic slave trade, the formation of diaspora culture in the West Indies and the modern migrations that shaped her family story and individual identity.

Denyse Thomasos was born in Trinidad in 1964 and raised in Toronto. She received a BA in art and art history from the University of Toronto and MFA at the Yale University School of Art. Thomasos based her studio practice in and around New York until her untimely death in July 2012. She was a professor at Rutgers, the State University of New Jersey. Her paintings are in the collections of the National Gallery of Canada, Art Gallery of Ontario, St. Michael’s College at the University of Toronto and Oakville Galleries. The Denyse Thomasos Estate is represented by Olga Korper Gallery, Toronto.