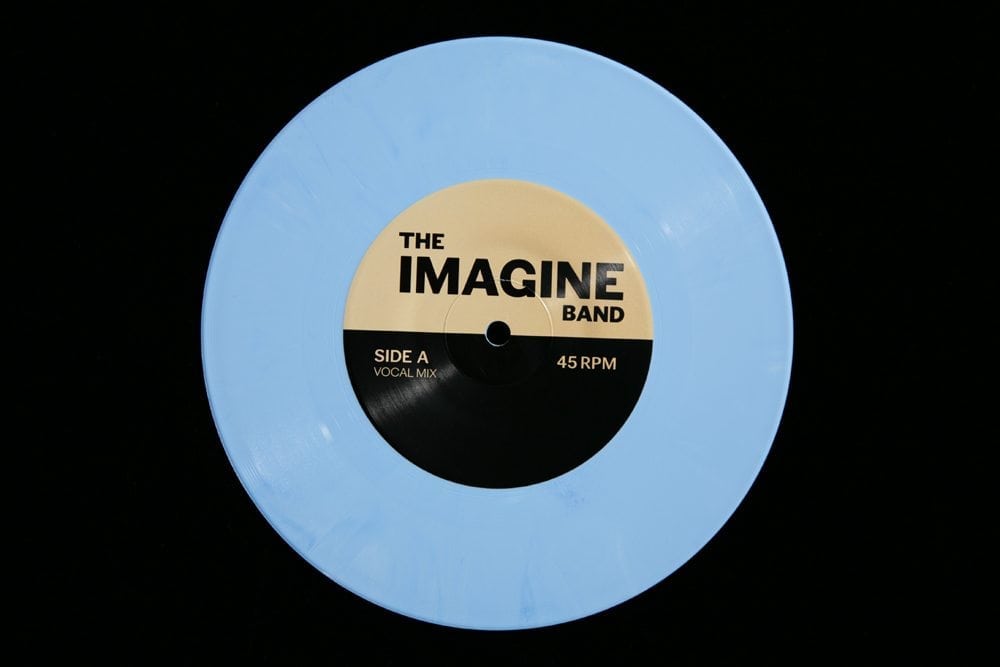 In the four works that comprise Notary Moon (an anagram), Tony Romano draws on philosophical and pseudo-scientific investigations as well as pop culture. In Imagine Band, the lyrics from John Lennon’s song Imagine have been translated by ten professional translation services through ten different foreign languages and back into English, with the new English version recorded on a 45, performed by Tony Romano with Will Kidman (vocals, guitars) and Matt Dunn (slide guitar). Judas vs. Judas references Dorothy Retallack’s 1973 book The Sound of Music and Plants by demonstrating the comparative response of living plants to hearing an album played both forward and backward. Solresol, Romano’s light installation, recalls François Sudre’s artificial language using music and colour developed in the 19th century, while the artist’s video installation, The Lost Rose, plays only the beginning and ending of a German short story, leaving the viewer to contemplate the absent narrative. Much like a laboratory for experimentation, this exhibition of audio and installation work emphasizes Romano’s playful and engaging exploration of language.

Tony Romano is a Toronto-based artist whose multidisciplinary practice includes sculpture, film and video, installation, music and text, in addition to his partnership with Tyler Brett as T&T. Romano received his BFA from the Emily Carr Institute of Art and Design in 2003. He has exhibited nationally and internationally, with exhibitions in Sweden, Austria, Vancouver, Oakville, Montreal and Toronto. He is represented by Diaz Contemporary, Toronto.