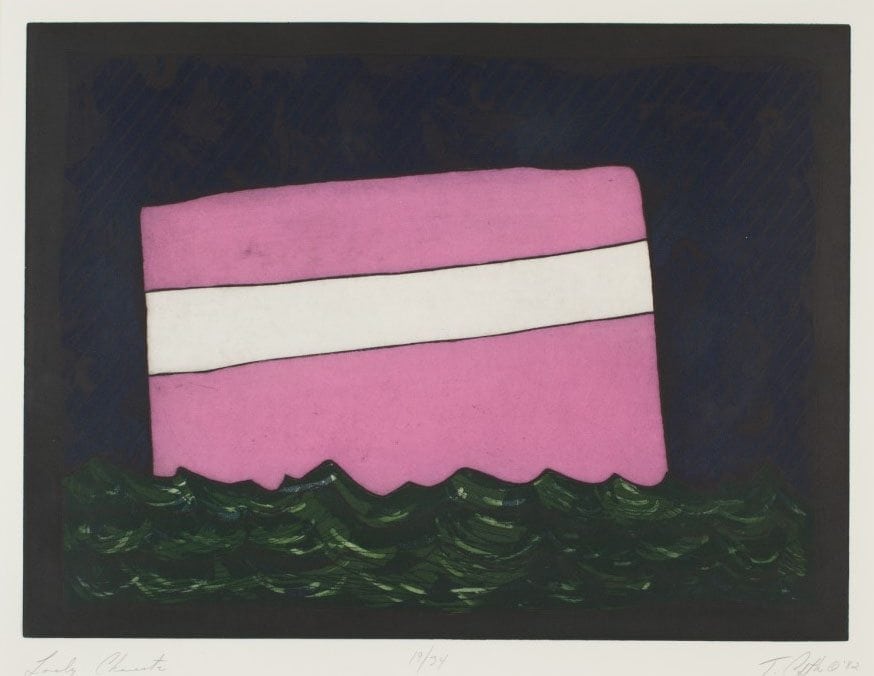 Shadow Blocking features five intaglio prints from 1982 by Tony Calzetta from the MacLarenArtCentre’s Permanent Collection. A contemporary of David Craven, Calzetta is similarly interested in geometrical abstraction and the use of humour to enliven his art. After abandoning pure abstraction in the 1980s, Calzett Save & Exit a’s work has increasingly embraced a comic-strip aesthetic that celebrates the narrative potential of the wandering line. These prints utilize the palette that drove much of Calzetta’s early work—strong pinks, blues, and oranges against dark, moody backgrounds—and also highlight the centrality of drawing throughout his career.

Tony Calzetta was born in Windsor, Ontario, in 1945 and received his BFA from the University of Windsor in 1975 and his MFA at York University in Toronto in 1977. He has shown his work in numerous solo exhibitions throughout North America and is represented in significant public and private collections, including the Art Gallery of Hamilton and the National Library in Ottawa. Calzetta lives and works in Toronto, and is represented by the De Luca Fine Art Gallery.