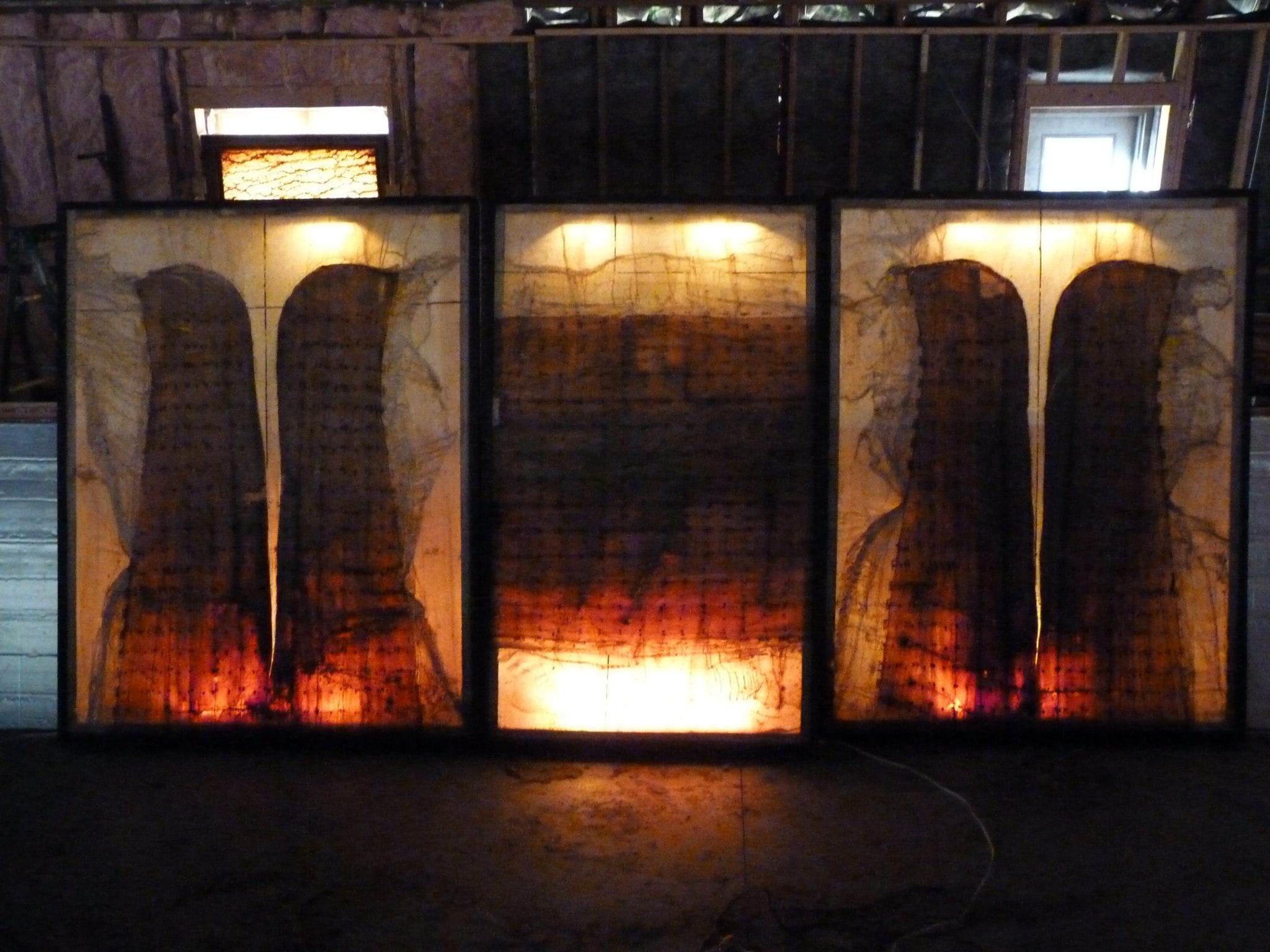 Richard Watts works in Cordova Mines, Ontario, at the very edge of the Canadian Shield. His art practice addresses this precarious ecology. With latex and gauze, he lifts “skins” from rock face, tree trunks, derelict architecture and watercraft. In addition to the surface imprint, the “skins” pick up residual soil, chips, splinters, fibres and paint flecks. Watts shapes, suspends and illuminates these membranes. He considers them akin to monumental parchments that attest to the transitory condition of the land, portray the Earth as a sensitive body, human activity as ephemeral, and arouse identity and empathy. Watts’ exhibition at the MacLaren consists of six new works created specifically for the Janice Laking Gallery. The architectural scale of the sculptures envelops the viewer. Titles such as Canoe People, Owl Tree Skin, Shield Kimono and Canoe Shedding Skin suggest interdependence between the land and all its inhabitants. The Three Seasons, an expression of the artist’s, refers to a foreseeable altered climate where one of the seasons vanishes from the annual cycle.

Richard Watts has a BA (1985) in literature from the University of Kansas, a BFA (1994) from the Ontario College of Art + Design and a BEd (1997) from the Ontario Institute for Studies in Education. He lives in Toronto. The Three Seasons is his first solo exhibition in a public art gallery.