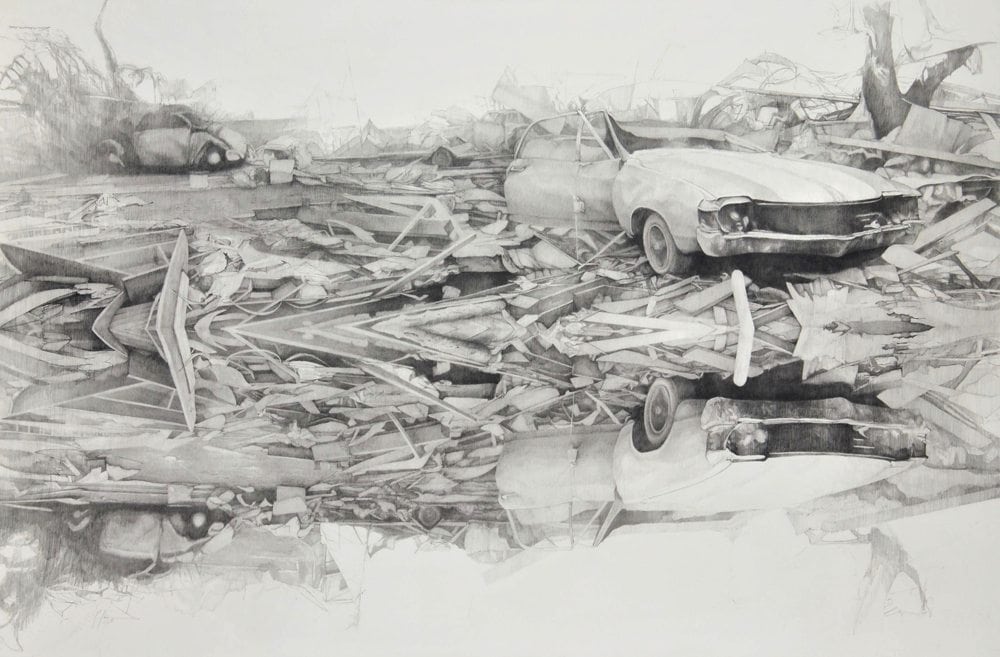 The most immediate of all artistic activities, drawing has traditionally been a place of process and transition, a point of departure towards the creation of something else. For Kelly Wallace, drawing is an end in itself; a discipline that consummately invests execution and observation into physical act and visual form. In Terminal, Wallace’s radically systematic application of line fuses memory and imagination into a series of intricate and viscerally unstable landscapes that appear both as studies of the world around us and projections of our opposition to it. These unconventional graphite landscapes result from a rigid method of mark-marking that brings to mind such rigorous, pre-mechanical skills as engraving and manual replication, literally drawing to attention issues of authenticity, craftsmanship, originality and virtuosity.

Wallace resides in London, Ontario. He holds a Bachelor of Fine Arts from the University of Guelph. His work has been exhibited in both Canada and the United States. Wallace is represented by Michael Gibson Gallery, London, Ontario; Seraphin Gallery, Philadelphia; and Bill Lowe Art Gallery, Atlanta. Terminal was originally curated by Melanie Townsend for Museum London in April 2010, supported by a catalogue with additional essays by Ben Portis and Ihor Holubizky. Its presentation at the MacLarenArtCentre includes new and substitute works.

Please join us for a guided tour of Terminal with the exhibiting artist Kelly Wallace on Sunday, February 12 at noon.