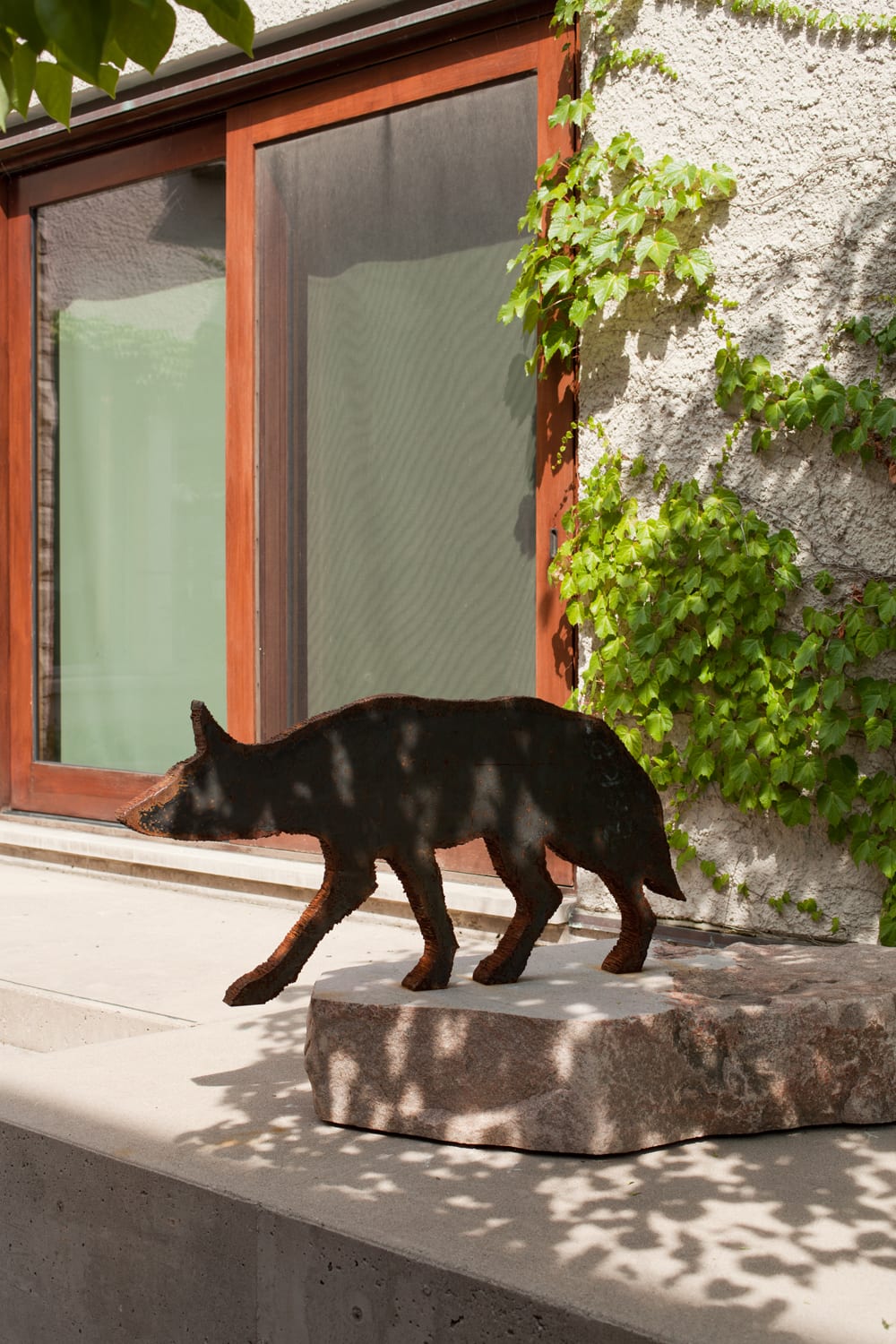 Striking Stone, 2009, is a recent example of this nationally respected artist’s most familiar motif, a steel silhouette of a loping wolf on the prowl. Unlike more elaborate formations of this theme as it evolved over his career, Striking Stonereturns to the fundamental inquiries from which McEwen’s practice originated. As early as 1970, he began to question and attempt to reconcile the ever-widening gaps between figure and form that have characterized post-war art. A thick, flame-cut steel wolf stepping into a void from atop a partially milled, largely unfinished slab of pink granite epitomizes the philosophical, social and political invocations of McEwen’s rigorous, ruggedly material approach to modern sculpture. These works are McEwen’s declarations on the interrelated nature of and careful distinctions between language, communication, expression, solitude and existence. To his mind, our prohibition of recognizing ourselves as animal poses an inherent obstacle to humanity’s full realization.

John McEwen was born 1945 in Toronto. He lives and works in Hillsdale in Simcoe County in the former blacksmith’s studio he purchased forty years ago in 1972. He is one of Canada’s foremost public artists. McEwen’s works have been exhibited across Canada and internationally and his numerous monumental public commissions can be found from Nova Scotia to British Columbia. McEwen is represented by Olga Korper Gallery, Toronto. 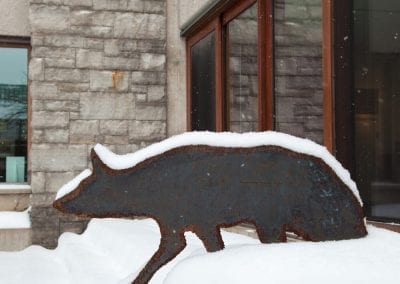