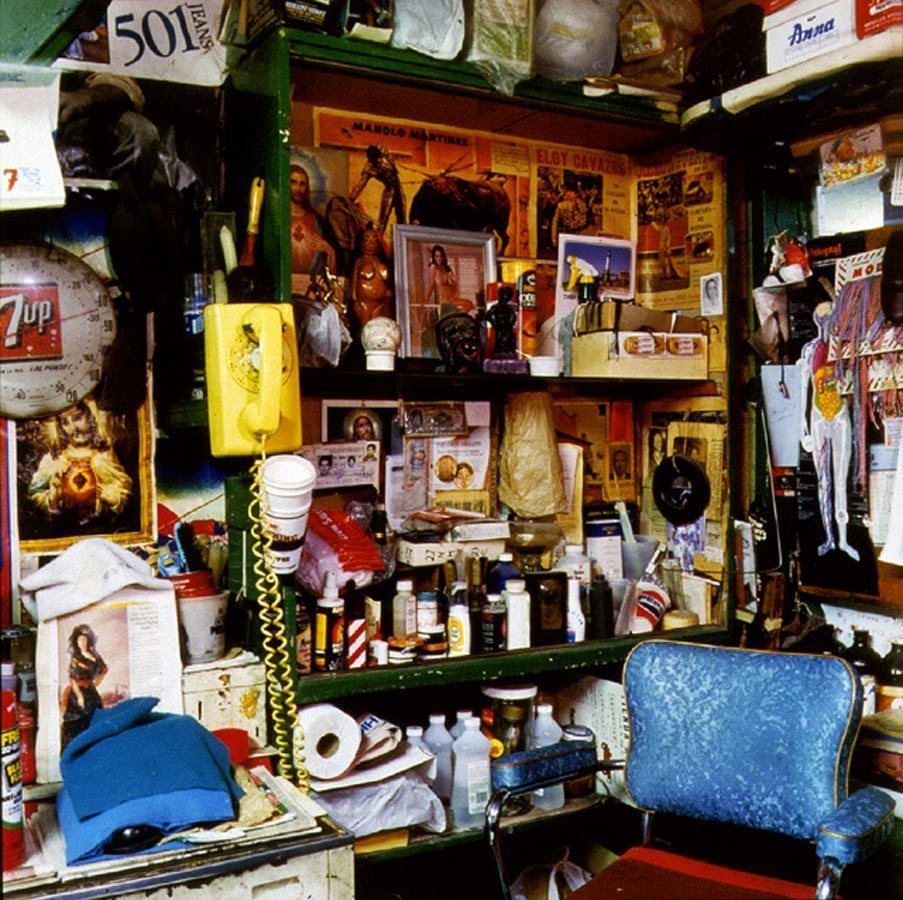 Rafael Goldchain was born and raised in Santiago, Chile. He lived in Mexico and Israel before immigrating to Toronto in 1976. A decade later, he began returning to Latin America to photograph the locales corresponding to his memory and to his imagination. Using a highly personal and quasi-documentary photographic language, he sought to capture a culture at once familiar and strange. These six works were selected from the MacLaren’s collection of forty from the series. They present a potent expression of Goldchain’s unique position as a native insider, an aficionado and a tourist of Latino visual culture.

Goldchain’s photographs are windows into the domains of neighbourhood tradespeople across Central America and Mexico. These artisans and entrepreneurs mould, decorate and curate every surface of their shops for an audience of regular customers. Goldchain photographs these spaces as possessing the narrative charge and imminent character of a theatre set at the moment when the curtain rises. This explains why the actual shopkeepers and customers are frequently missing.

In many of these works, accumulated, haphazard arrangements of nondescript articles take on the investiture of the carefully built religious or public shrines they emulate. The utilitarian mixes with the ornate, and the sacred with the salacious, as altarpieces vie for attention with pinups and politicians. This polyglot aesthetic syntax, commonly encountered in Latin America, creates in Goldchain’s words “a visual mind-map of the collection of images that form a cultural consciousness.”

In an itinerant photographer’s sidewalk studio, above the mural backdrop is written recuerdo, Spanish for memory or memento. The verb recordar (to remember) comes from the Latin re (back, again) and cor (heart; mind, soul).

Rafael Goldchain lives in Toronto, Ontario and is a professor in the Faculty of Fine Arts at Sheridan College, Oakville, where he coordinates the applied photography program. Goldchain’s work is represented by O’Born Contemporary, Toronto, and Galerie Claude Samuel, Paris. His most recent book, I Am My Family: Photographic Memories and Fictions, was published in 2008 by the Princeton Architectural Press.