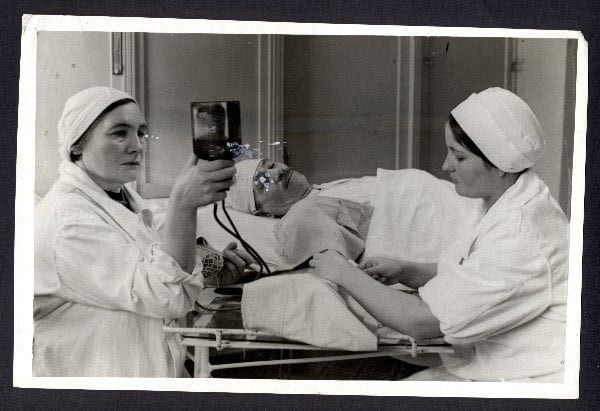 A window into a bygone society, this exhibition features images of women from the Sovfoto Archive, the most extensive publicly held collection of photographs of the Stalinist USSR that exists outside the state archives of Moscow. This collection of 23,116 vintage press photographs, dating from 1930 to 1959, was anonymously donated in 2001 to the MacLaren Art Centre. Most of the photographs in the Sovfoto archive are staged or selected for propagandist purposes. Not only were these photos sent to Western countries to portray the Soviet Union as open and advanced, but they were also used within the Soviet Union to promote unity within the newly consolidated Soviet states.

In creating a new nation with different and modern ideals, the Soviet Union needed a new type of citizen to embody their distinct principles. The New Soviet Woman was not simply expected to be a good wife and mother, but she was also educated, cultured, physically fit and working in a career of her choice.  In line with Communist ideals and recognized in the First Constitution of the Soviet Union, women were officially acknowledged as equals to men, physically and intellectually. In some respects, Soviet policies were more progressive than their Western counterparts: in 1905 all universities were open to women, in 1918 Russia was the first world power to grant women voting rights, in 1920 abortion was legalized, and in 1942 almost all roles in the military could be held by women.

Women worked in universities and business alongside their male counterparts, from high-ranking medical fields to blue-collar labour in the iron mines. Women soon came to dominate the medical and teaching fields due to certain characteristics considered unique to women. Similarly, in the military, women were considered the best snipers and were used extensively due to their reputed patience, hand-eye coordination, and deliberateness. According to the propagandist images contained in the Sovfoto Archive, the ideal of the New Soviet Woman placed the Soviet Union ahead of the Western world in terms of the progression of feminism and certain gender norms.

Although the USSR did advance the agenda for women’s rights, the Sovfoto Archive exaggerates the gains of Soviet women.  Alongside the expansion of legal rights for women, retractions were also made, including the annulment of the abortion laws in 1935. There were many legal possibilities available to Soviet women but the realities were often different. Still consistently faced with gender bias, violence, harassment and discrimination, the lived reality outside Sovfoto photographs was difficult for Soviet women.  For women, careers were not merely jobs, they were a “marriage to the state”.  Entire generations born into the Soviet Union believed that to work for the state was the highest purpose in life. Interviews with former Soviet citizens of this generation recall the absence of fond memories of a personal life, and the image of the well-rounded, physically fit and cultured New Soviet Women was at odds with most women’s social and economic situations. [1]  This exhibition presents a glimpse into the stories of a class of women whose lives may never have been as rosy as they appear here. 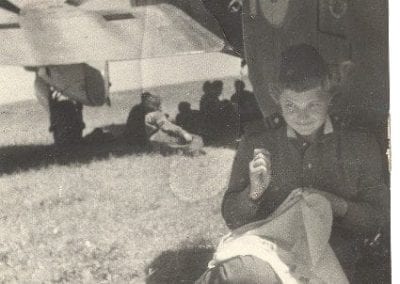 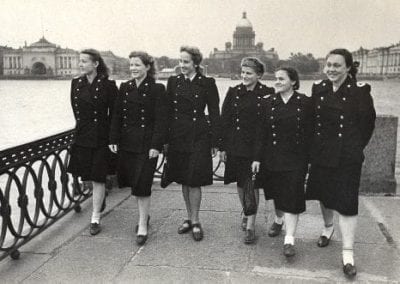 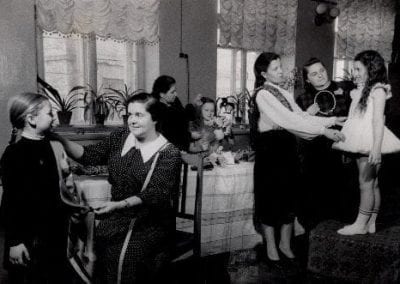 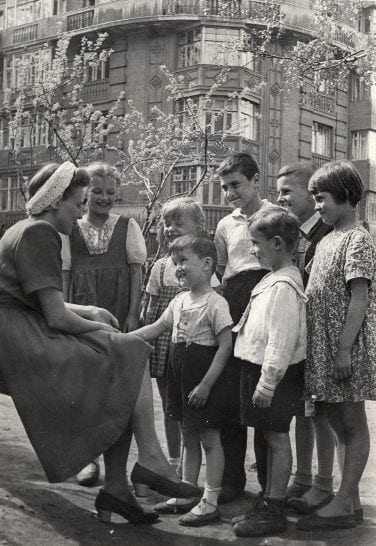 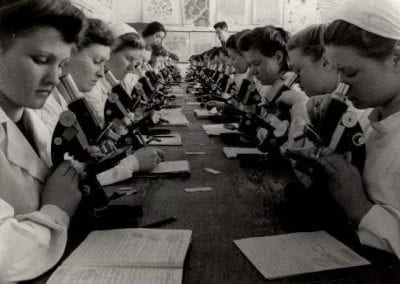 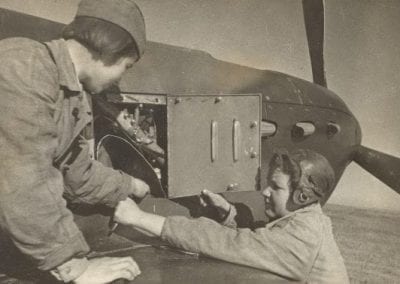 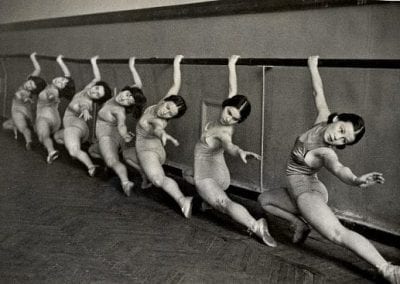 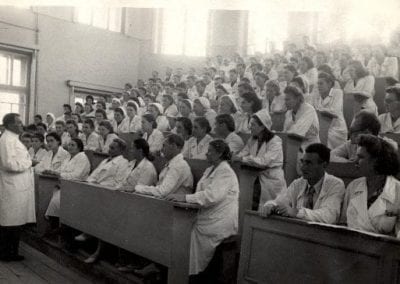 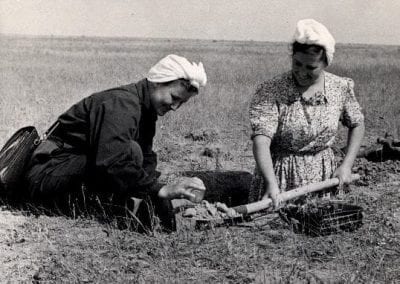 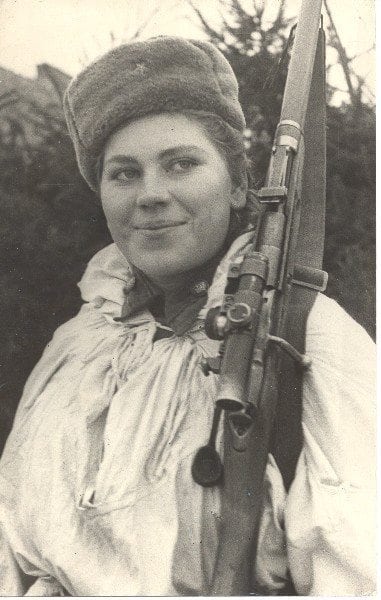 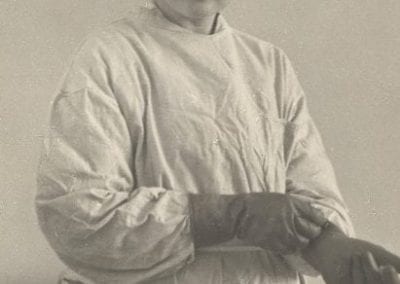 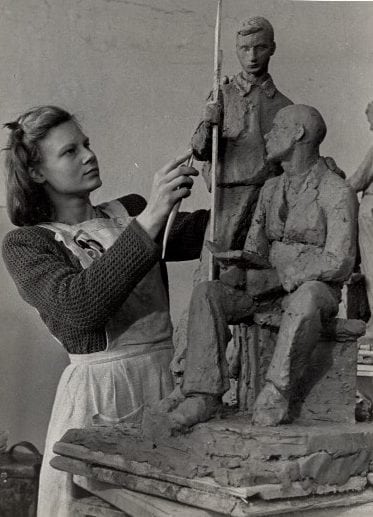 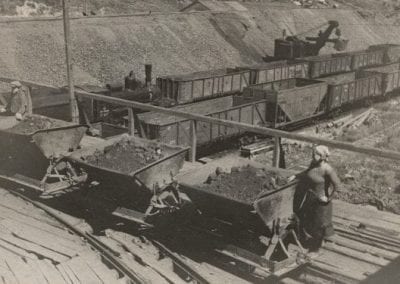 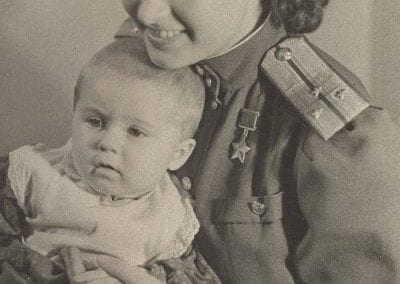 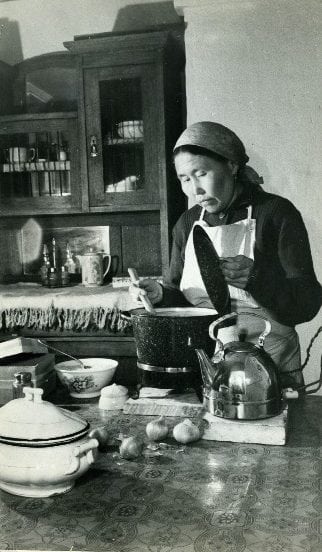 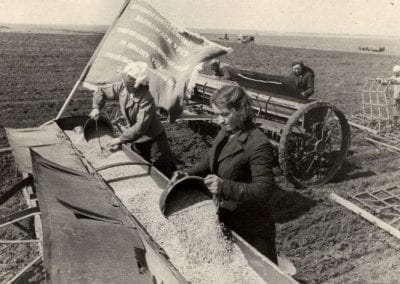 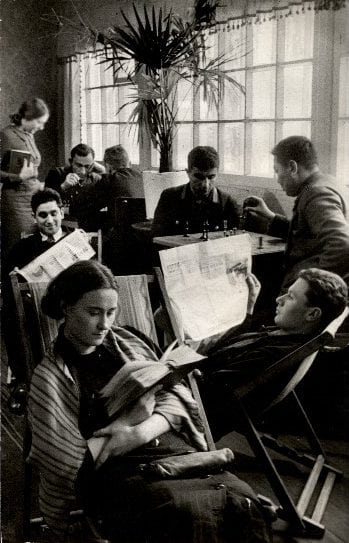 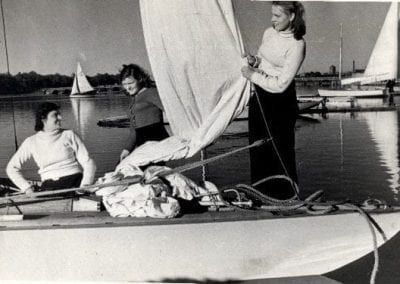 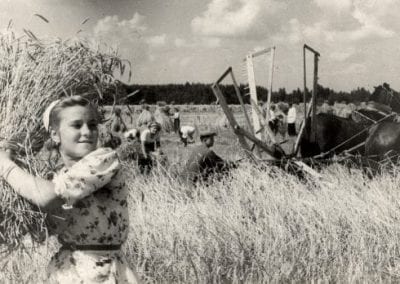