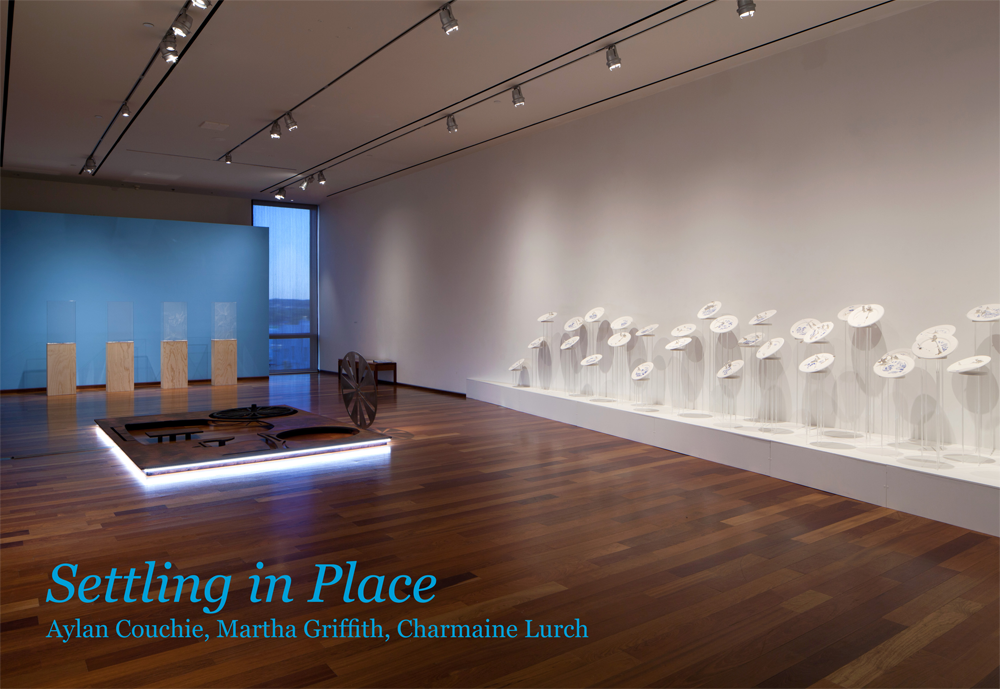 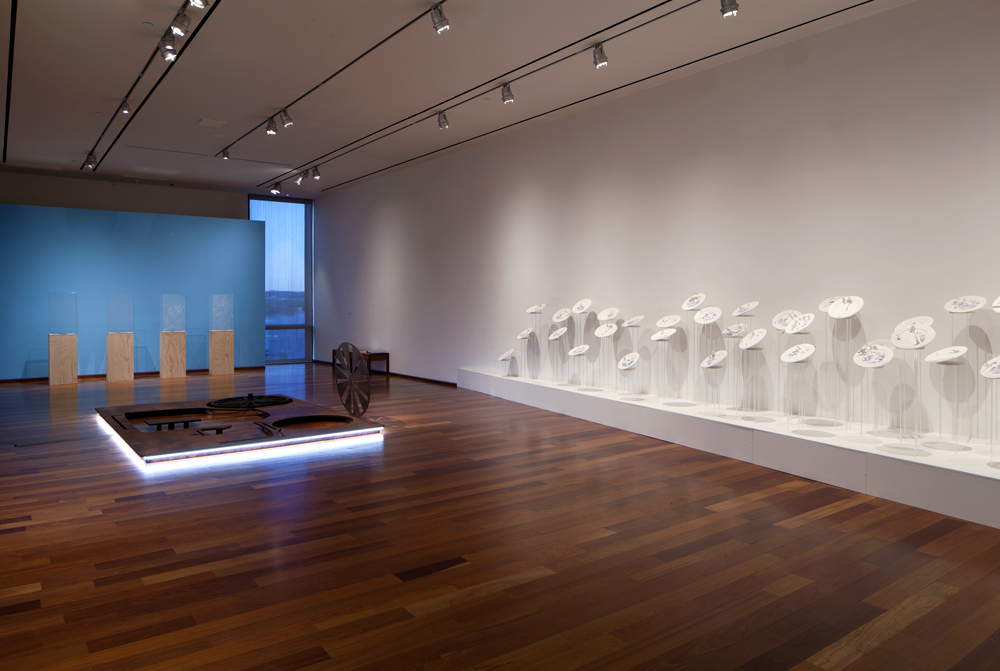 Settling in Place features contemporary installations by artists Aylan Couchie, Martha Griffith and Charmaine Lurch. The artists are concerned with excavating and making visible material reminders of diverse and contested histories of place, settlement and community-making in Ontario. In each of the projects, the artist takes on the question of how to memorialize hidden and erased histories.

Aylan Couchie’s project Aki (2018) consists of four clear vitrines that house “acknowledgements” in English and Anishinaabemowin. Written in ashes created from three traditional medicines—cedar, sweetgrass and sage—the statements assert the long presence of the Wendat and Anishinaabe peoples on the shorelines of Lake Simcoe. Martha Griffith’s Fables and Shadows (2017/18) is a collection of handmade ceramic plate multiples based on a shard of 19th century Blue Willow plate found on the property of early Black settler and preacher, Edward Patterson, in nearby Grey County. Charmaine Lurch’s installation Blueprint for a Mobile and Visible Carriage (2017/18) tells the story of formerly enslaved couple Lucie and Thornton Blackburn, the first taxicab owners in the city of York, today known as Toronto.

The re-opening of the Oro African Methodist Episcopal Church in August 2016 and The Journals of Mary O’Brien, 1828-1838 serve as inspiration for the exhibition.