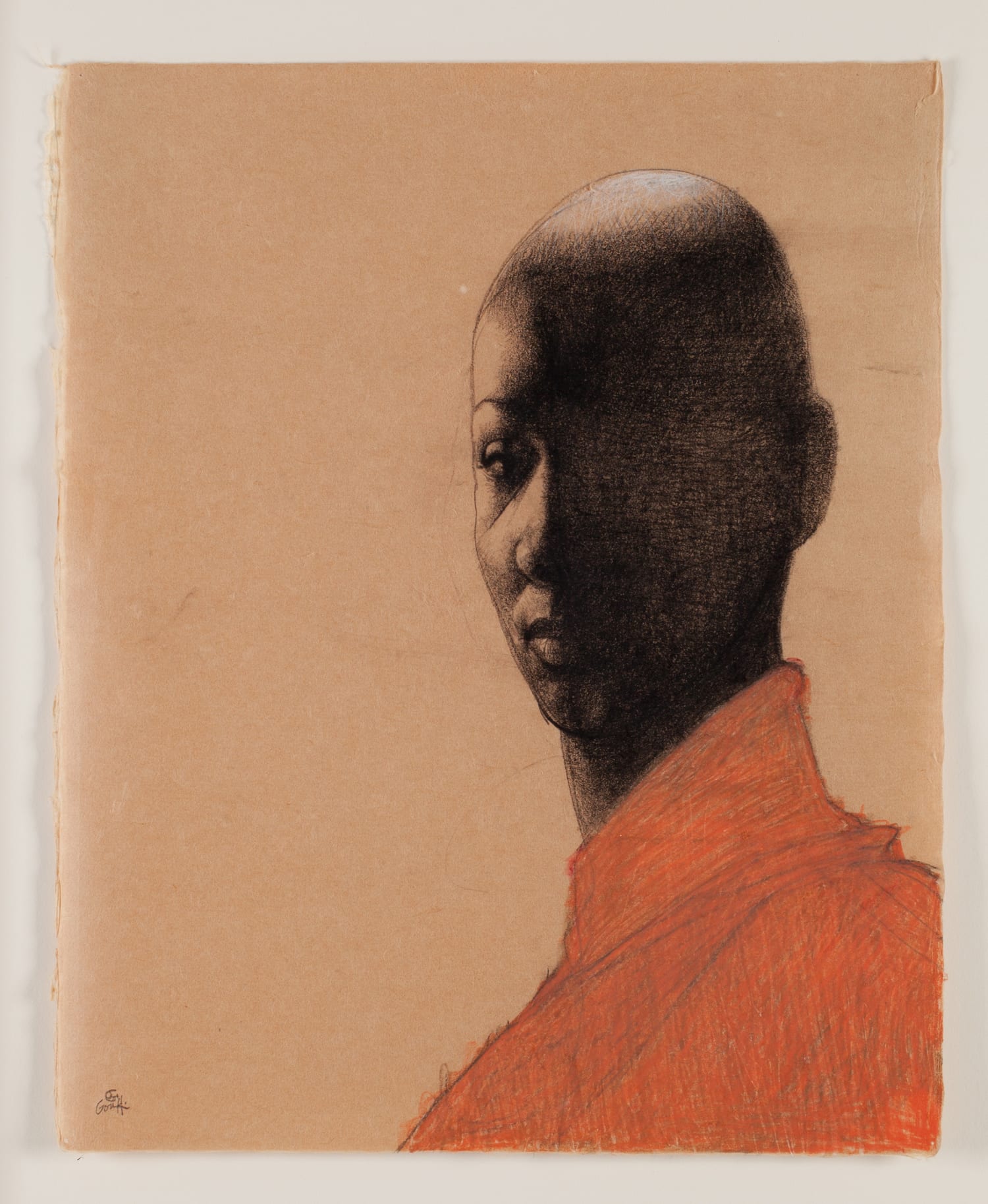 This untitled, undated portrait by John Gould captures some of the drama and romanticism that this accomplished draughtsman was known for: half of the subject’s face is in shadow, thick and precise cross-hatching obscuring any identifying details on the left-hand side of their face. The face is androgynous, and the ambiguity of its presentation prevents any easy identification. The remaining details—the subject’s shirt, the background—are left either blank or loosely sketched in, the coloured paper adding rich tone in the absence of any marks. What this portrait suggests, it suggests in innuendo. Typical of Gould’s work of the 1980s and 1990s, this portrait captures the subtle nuance and tight control of a subject that refuses to come into clear focus, a common thread in his portraits of actors and actresses in the 1990s.

John Howard Gould was born in Toronto in 1929. Raised in an artistic family, Gould studied drawing and painting at the Ontario College of Art from 1948 to 1952. He travelled to Europe in the 1950s and studied at the Academie Julienne in Paris. In 1957, he began working for the CBC as a scene painter, and by 1960 won the Elizabeth T. Greenshield’s Fellowship for figurative painting. During the mid-1960s, Gould began to add a new dimension to his drawings by filming them and adding narrative elements and sound effects. Within a decade he created several films based on his impressions of people and cultures he encountered while travelling throughout Canada, Mexico, Japan and Peru. In the 1970s, Gould moved to Waubaushene with his family and began teaching as well as playing clarinet in the Fig Leaf Jazz Band.

Gould’s work of the 1980s and 1990s shows a strong influence of theatre. In these later drawings, he attempted to capture the qualities and expressions that actors convey to their audiences through performances. Central to his work from this period was his need for spontaneity and improvisation. In 1996 Gould suffered a stroke that affected the right side of his body, and his skills as a draughtsman had to be re-learned, resulting in a technically simplified but expressively intense final period to his work. Gould died in Barrie in January of 2010.