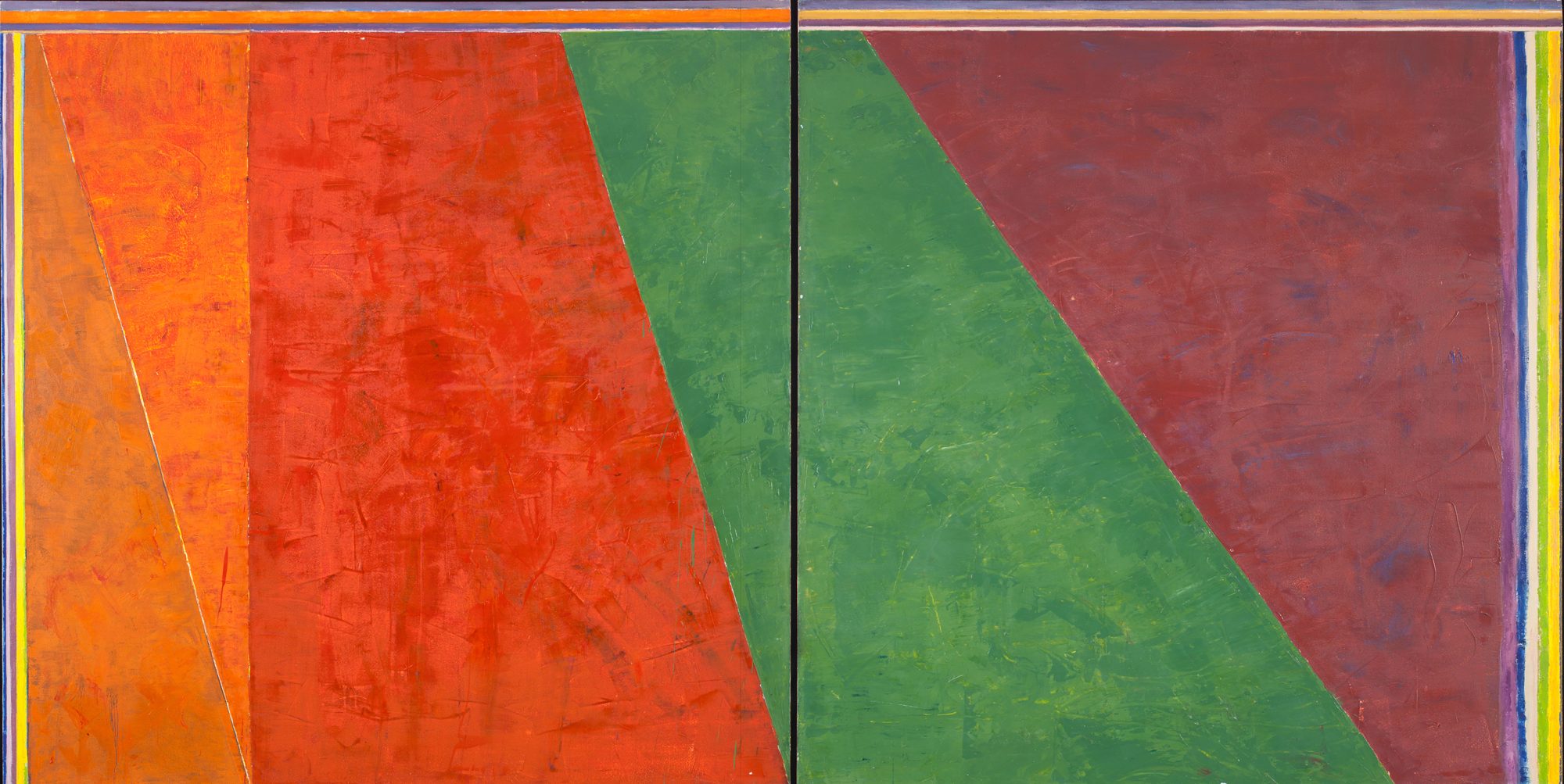 David Sorensen was a Montreal based artist, known for his bright colour palette. Born in Vancouver in 1937, he began attending the School of Architecture in Vancouver in 1958, where he studied under renowned architect Arthur Erickson. From 1960 to 1964, he attended the Vancouver School of Art, studying under painter Jack Shadbolt, who would become his lifelong mentor. After graduating he went on to study bronze casting in Mexico, a country he would visit and exhibit in frequently. He settled in Montreal in 1966.  He taught at the Saidye Bronfman Centre and the Montreal Museum of Fine Arts, retiring from the Fine Arts Department at Bishops University in Quebec in 2000. Sorensen passed away in 2011. His work is represented in several notable public and private collections, such as the Art Gallery of Hamilton, Musée d’art contemporin, Musée des Beaux Arts, Musée d’Quebec.

In the early 1970s, Sorensen moved away from figurative and symbolic content in his artwork. This shift was in response to Minimalist Art and the critical climate of conceptualism. Foremost a painter, he explored the formal and material aspects of sculpture, producing works that related to the scale and space of architecture. Over his career Sorensen exhibited widely in Canada and abroad, both in sculpture and painting. It wasn’t until returning from a four month long trip to Asia in 1991 that Sorensen’s signature style emerged in his paintings. He was heavily influenced by the bright colours, landscape and architecture from India, Hong Kong, the Philippines and Japan, which he depicted in a journal he carried while traveling.

Passage for V was created shortly after Sorensen returned from Asia. The diptych is indicative of Sorensen’s style, with rich fields of colour layered over and over onto the canvas and scratched or scraped off to reveal the colour below, creating a texture that the artist has worked and reworked. A border runs along the top and sides of the diptych, while the absence of a border on the lower edge invites the viewer to imagine these colours fields originating from or below the baseline. The colour palette lends a calming effect to the painting, inviting the viewer to draw their own conclusions. Passage for V was created in memorial for Sorensen’s dear friend and neighbour Veronica Russell, a textile artist who made scarves and dresses using similar colours and diagonals to Sorensen’s work. She passed away in 1992 and the painting was completed in 1993 in her honour.