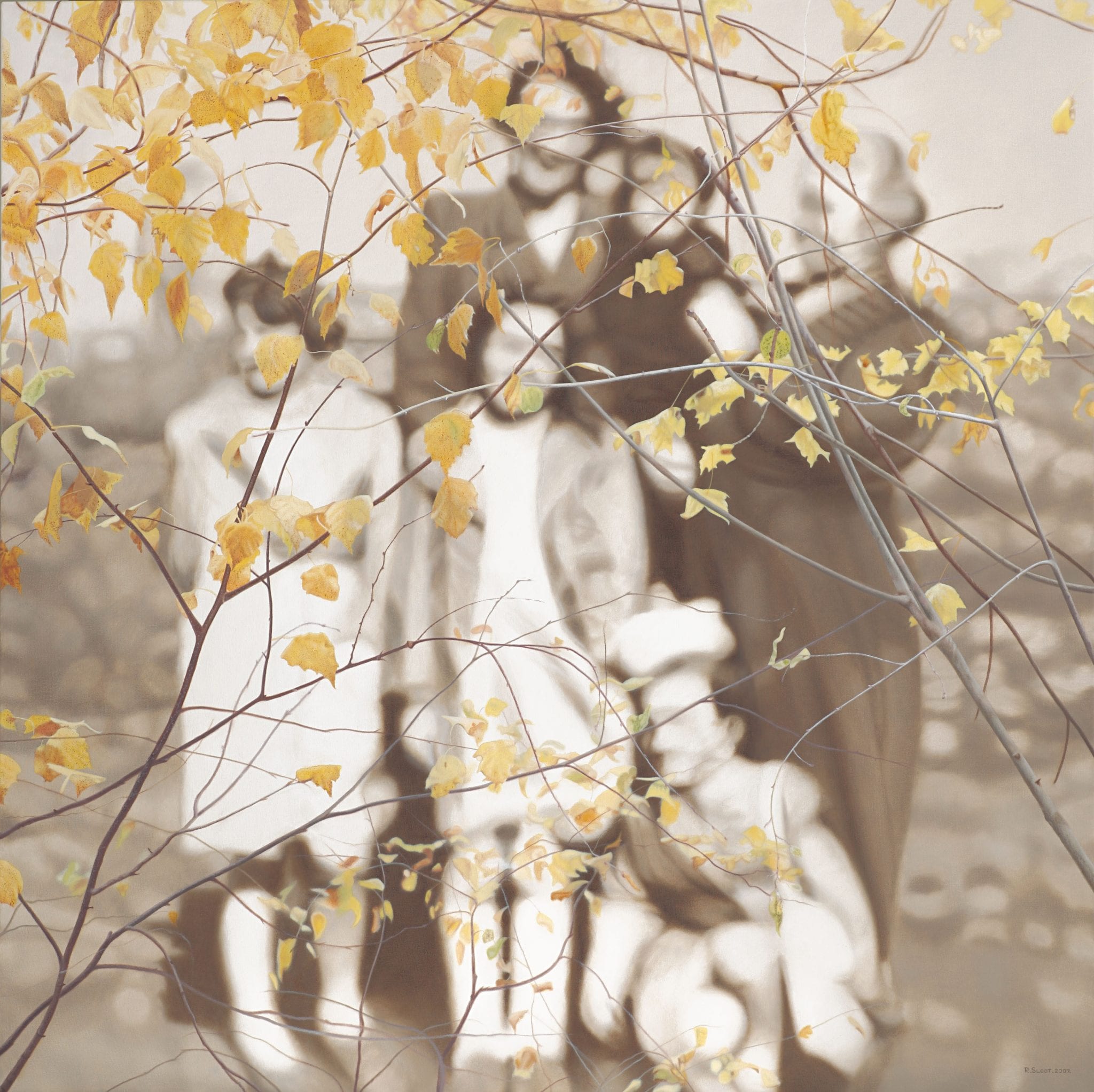 Immigrant unfolds as a profound personal narrative of family, origins and unsettled identities. Developed over eight years, the twenty-one paintings and drawings that comprise this solo show reveal a unique perspective of being a first-born in Canada. Sloot pays tribute to her parents’ courage in relocating to Canada from the Netherlands in 1952. In so doing, she re-examines her identity, looking at what was lost (and kept) in transition. She poignantly observes heirloom letters, photographs and family effects, transmitting, translating and transforming her parents’ experiences, while reflecting on the marginalization of cultural and geographical displacement. As portrayed in Immigrant, these elements transcend one family’s story, capturing the elusive terms of departure and arrival that affect so many Canadian lives: “This is an exhibition that deals with the post-war emigration of the Dutch to Canada. In telling my family’s story I am, in part, telling the story of every Dutch immigrant and in telling of the post-war experience, I am touching on every immigrant Canadian’s story.”

Rosemary Sloot lives and works in London, Ontario. She was born in Simcoe, Ontario in 1952 and holds degrees from Humber College, Nova Scotia College of Art & Design, University of Alberta and Western University. Today her works are in public and private collections around the world. Sloot has exhibited widely in Canada and beyond since 1978. In January 1993, her realist still-life paintings (the most Dutch of artistic traditions) opened in the MacLaren’s Maple Hill gallery. Priority of Truth was one of the earliest exhibitions presented in the home of Maurice MacLaren. This occasion provides a wonderful opportunity to bring Sloot’s mature works to our community, twenty years after her introduction.

Immigrant is originated and circulated by the Burlington Art Centre