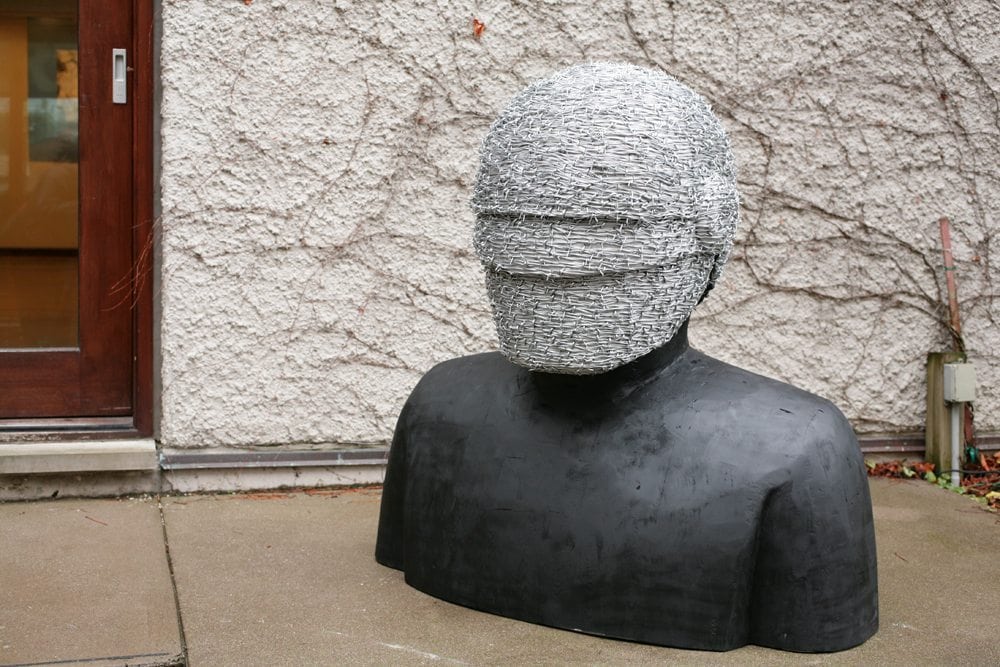 Life Through Aliens is a body of sculpture concerned with the protocols governing male image formation and maintenance produced and instilled by common sources of visual media. Drawing from the1951 sci-fi movie, The Day the Earth Stood Still, Nixon here created an oversized bust of the robot Gort, who stands as a metaphor of post-World War II ideology and anxiety. As such it cites the ongoing politics of authority. Rick Nixon is a Waterloo-based artist who received a MFA from the University of Waterloo and a MA in Art History from York University.