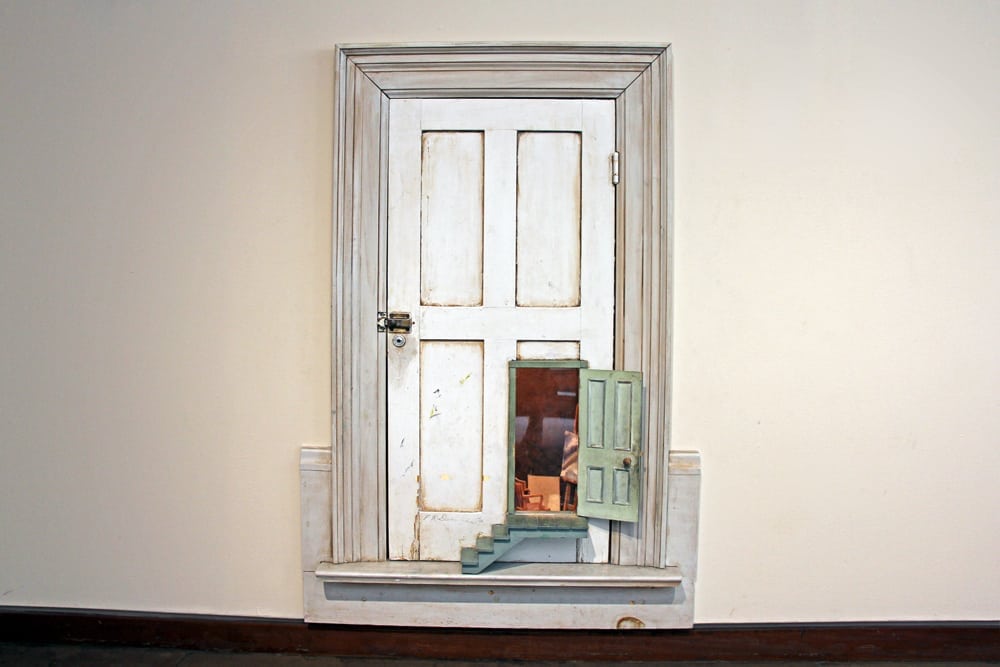 Alice’s Studio was originally created as an installation piece for the MacLaren Art Centre when it occupied the Maple Hill Gallery on Toronto Street. When the MacLaren moved to current location on Mulcaster Street, Alice’s Studio was delicately dismantled and re-installed here. The artist describes the origin of the idea behind the work and its connection to the MacLaren:

The inspiration for Alice’s Studio came from seeing a small door about three feet high on the half landing of the staircase of the Maple Hill Gallery. This door intrigued me, as it suggested a parallel world of small people living within the walls of the gallery. It also recalled memories of Lewis Caroll’s Alice’s Adventures in Wonderland in which Alice drinks a potion so that she can follow the White Rabbit through a miniature door.

Peter Dennis (born 1943) graduated from the Ontario College of Art in 1966 where he majored in industrial design. He has worked as a sculptor, a toy and exhibition designer, a boat maker and a design consultant. In 1971 Dennis joined the faculty of Design and Visual Arts at Georgian College, where he taught for more than twenty-five years.