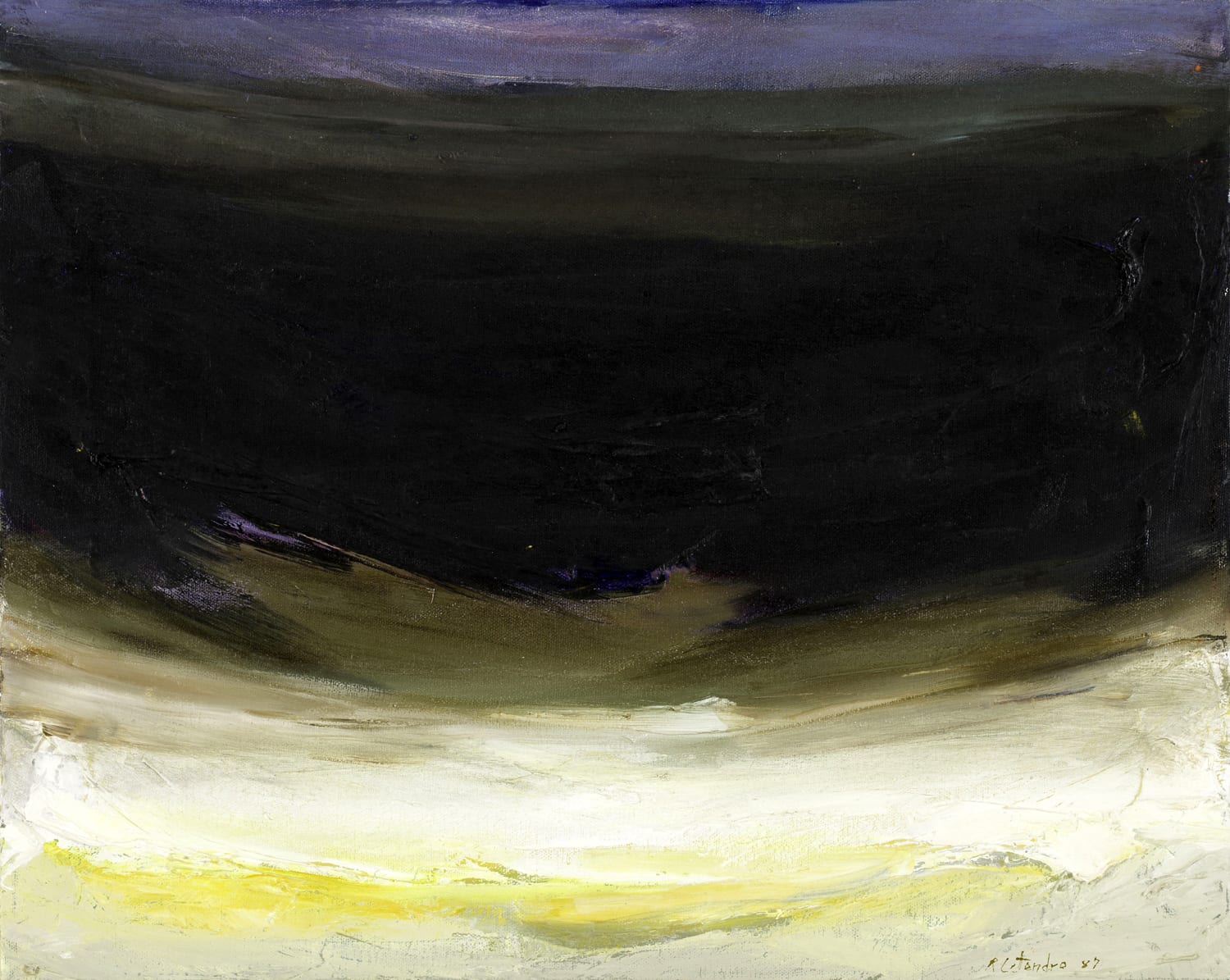 “Light, from the first shock at birth to the last breath, is life. Anyway, it has been my life!” — Rita Letendre

Rita Letendre is a premier Canadian abstract painter of Abenaki and Québécois descent, born in 1928 in Drummondville, Québec. She briefly studied at l’École des Beaux-arts de Montréal in 1948, but left the conservative atmosphere of the school to participate in Montreal’s thriving avant-garde scene. In this creative milieu, Letendre’s practice was influenced by the opposing legacies of two Montreal-based painting movements: the Automatistes’ spontaneous gestural exuberance and the Plasticien’s adherence to geometric forms and vibrant colour contrasts.

This negotiation charted a fundamental development in Canadian painting. Letendre’s practice was at the border of these stylistic techniques, neither disobeying nor adhering to the strict strategies of the Automatistes nor the Plasticiens. Beginning her career in the middle of the twentieth century, in the context of a cultural milieu that looked unfavorably towards illusionist references in abstract painting, Letendre nevertheless made reference to natural laws in her paintings, and particularly the movement and vitality of light.

Beginning is a gestural oil painting depicting the radiant break of dawn sweeping the dark sky away. This work draws from the ethereal and ineffable effects of light, conveying its gentle vitality through muted colours and gradual movement through the use of a palette knife. This serene and small work departs from Letendre’s earlier hard-edge abstraction works from the mid ‘60s and early ‘80s, which were typified by airy chevrons piercing the skies. Her pioneering practice pushed prescriptive aesthetic boundaries and expanded on the inherent possibilities of abstract art as a dynamic and continuously evolving language.

Rita Lentendre’s works are held in the collections of the National Gallery of Canada, Ottawa; the Musée d’art contemporain de Montréal; the Art Gallery of Vancouver; and the MacLaren Art Centre, Barrie. Her work has been featured in major retrospectives at the Art Gallery of Ontario, Toronto; the Musée national des beaux-arts du Québec; and The Robert McLaughlin Gallery, Oshawa. She has received major accolades, among them the Order of Canada; the Prix Paul-Émile-Borduas; and the Governor General’s Award. Rita Letendre lives and works in Toronto.

This art of the month is dedicated in celebration of Rita Letendre’s 90th birthday.