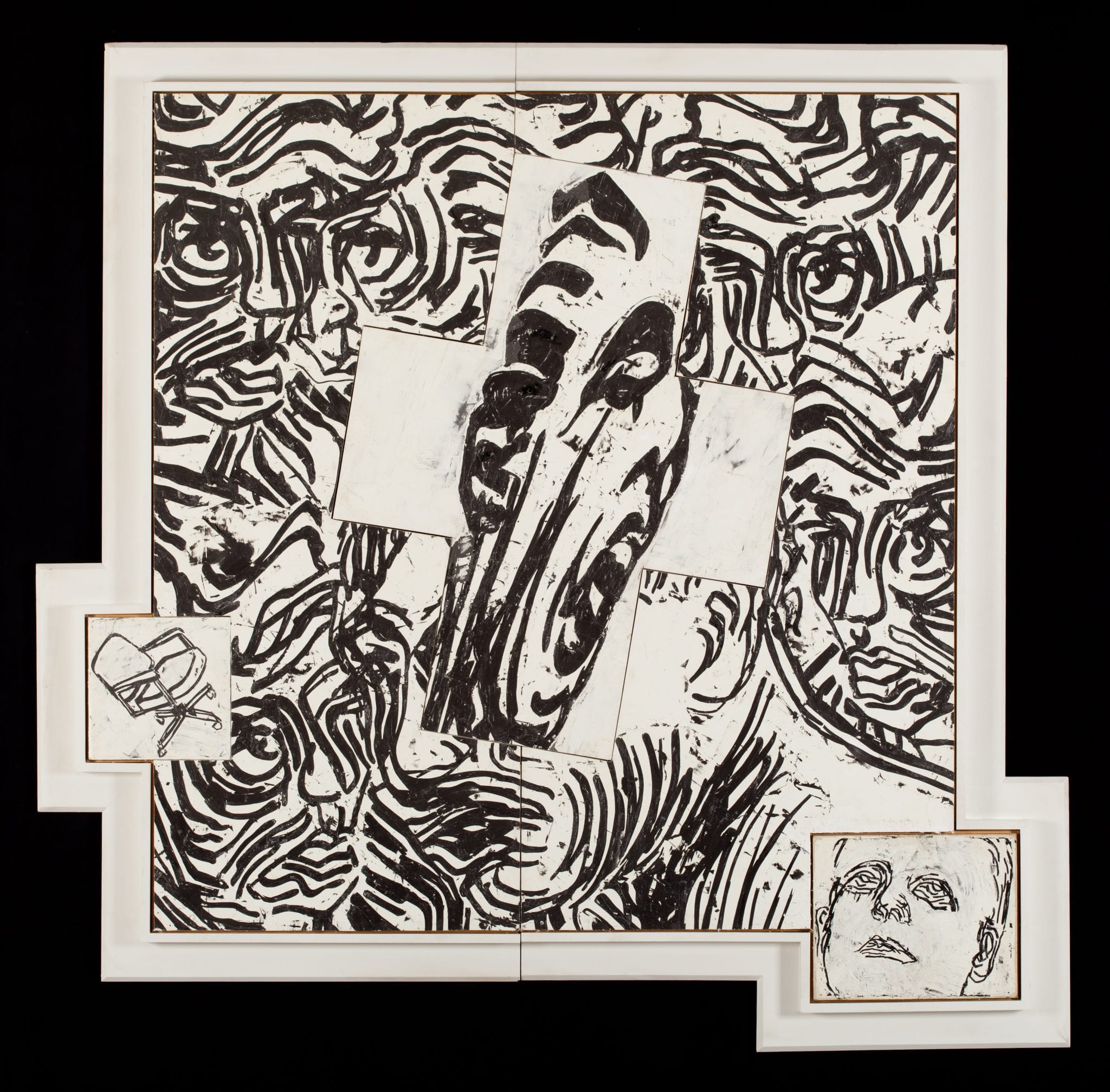 Canadian artist David Craven (1946-2016) is widely recognized for his energetic, distinctive painting practice that spanned a forty-year career. Circulating Rumours was made in the early 1980s, a period during which Craven moved away from abstraction and began to experiment with figuration and narrative elements. After moving to New York City from Toronto in 1980, Craven was deeply affected by the tension and commotion of urban life, which is reflected in these works. Much like in film stills, Craven’s characters are frozen in time, flinching and agitated, aggressively reacting to unknown subjects outside of the frame. Circulating Rumours, like many other works produced in this period, possess a fragmented, dramatic quality that critiques corporate power, miscommunication and the pressures of city living.

I’ve always been very interested in tension and fragmentation. The Cinematic works embody quite a bit of tension, with competing dichotomies: they are at once paintings and structures. They’re smothered in fragmentation but there’s a wholeness that comes from all the layers and textures that can be slowly be absorbed. They also represent a fear of authority, which is always present in my work. The paintings—like cinematic stills—have a poignancy that has to do with silence. Although the characters are screaming, it’s a muffled type of communication. That’s why most of them always look outside the frame. The frame is insubordinate in terms of identifying each work as a picture, but there is always an absence outside the frame that refers to another subject.

This Art of the Month is presented in honour of the life of David Craven, who passed away in Cambridge, New York on August 22, 2016.