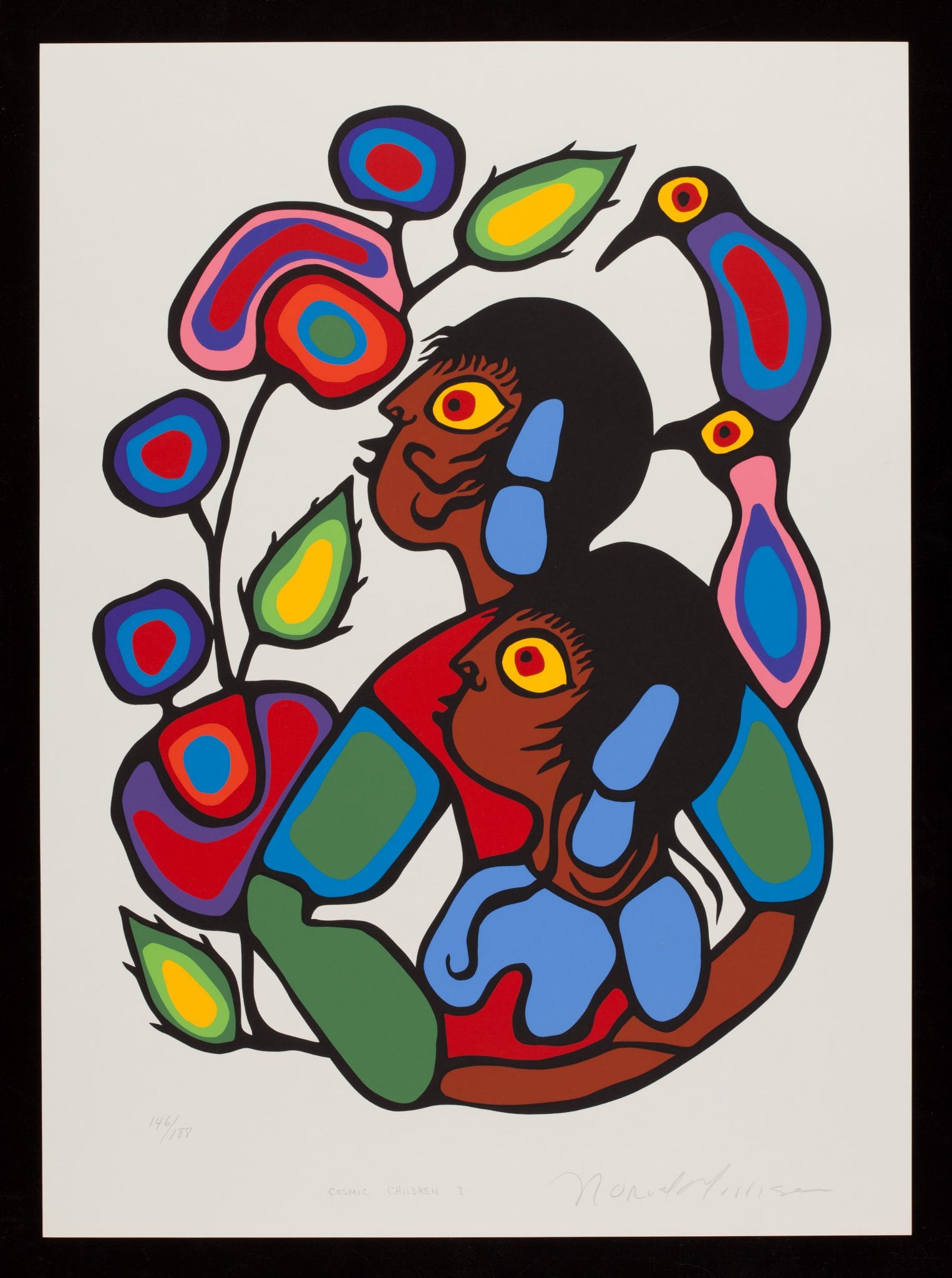 Norval Morrisseau is a renowned Indigenous Canadian artist who developed the distinctive pictographic painting style known as the Woodland School. His work represents spiritual forces and aspects of Anishinaabe culture including shamanism, animism, tensions between Aboriginal cultures and Christianity and the interconnection between all living things. Featuring Morrisseau’s characteristic thick, black contours and bold colours, this selection of serigraphs from the MacLaren’s collection highlights the mythology and symbolism of animals in Morrisseau’s oeuvre.

Also known as Copper Thunderbird, Norval Morrisseau was born in 1931 on the Sand Point First Nations Reserve near Thunder Bay, Ontario. A highly influential artist, his work has been collected by numerous major institutions including the McMichael Canadian Art Collection, the Royal Ontario Museum, the MacLaren Art Centre and the National Gallery of Canada, where he had a major retrospective in 2005 and 2006. Morrisseau was named a Member of the Order of Canada and the Royal Canadian Academy of Arts. He died in 2007 in Toronto.

Families are invited to join Ojibway artist Will Morin for an engaging and interactive story time exploring Anishinaabe/First Nations myths. This event is presented in conjunction with Norval Morriseau: Copper Thunderbird for Winterfest. To learn more, click here. 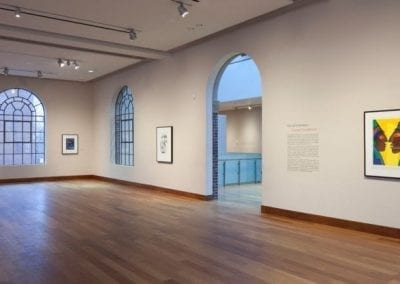 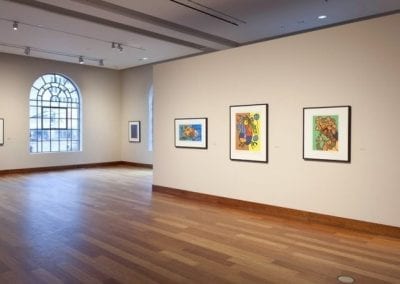