No Gate, No Lock, No Bolt 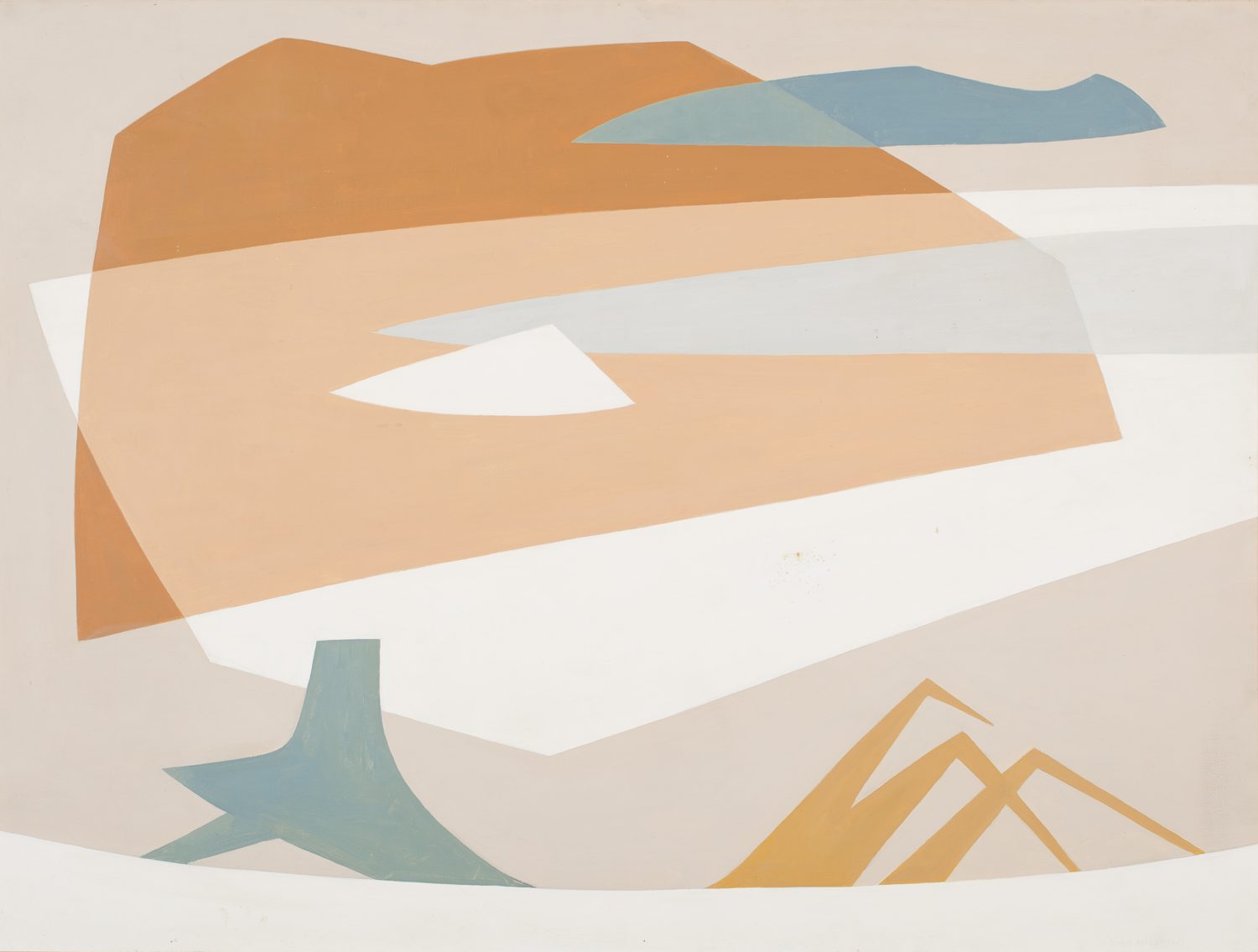 When Virginia Woolf wrote the lectures that form the basis of A Room of One’s Own, she was less interested in the role that gender played in cultural production than she was in the systemic oppression preventing women’s full participation as cultural producers. While the essay ostensibly asks for a locked room in which a woman could write, it also addresses issues ranging from limited educational opportunities for women to the lack of a female art historical canon. Written in the 1920s, this article presaged many of the concerns feminist artists of later generations would grapple with.

The 1960s saw a growing disenchantment with modernism, and the emergence of a more pluralistic, less authoritative postmodernism. Concurrently, the feminist movement radicalized and women artists began to think about gender critically and interrogatively. Domestic arts and spaces became the sites of artistic inquiry, as did psychoanalysis and critical theory. Critiques of modernism, its utopian ideals and male-identified forms of artistic expression, were also a field of investigation. Each of the women artists in this exhibition made work in periods following the 1960s, and each draws on modernist practices to highlight the critical limitations of the movement.

Jane Buyers’ work regularly examines labour and the sites in which we work. Construction Site #2 (1982) is a diorama containing collaged transparencies of a ladder, stairs and a dilapidated wooden wall, presented over what appears to be a topographical map. Its title is ironic in the face of the potential destruction it presents. Renée Van Halm’s Set with Chest (1982) borrows from the layered compositions of geometric abstraction to build a strangely flattened and condensed scene.  Blending Mondrian-esque forms over a domestic interior, the room challenges the utopian ideals of mid-century interior design. Shelagh Keeley’s The Butcher Shop in Tunisia…Roof Top Home in Kenya Lamu (1983) is similarly disjunctive. In this drawing, two buildings are reduced to cubist abstraction. The work elides geographic space as well as formal space: Tunisia is in North Africa, while Lamu, Kenya is in East.

McCarthy’s hard-edged Landscape with Stump (1966) is a departure from the types of landscape we typically associate with her. In it, she employs the modernist forms often used in geometric abstraction to render a pared-down winter landscape. Like McCarthy and Van Halm, Shirley Wiitasalo is deeply invested in the representational status of painting. Collection (1984) features two containers: one hard-edged form enfolding a mixture of angular and undulating lines, and an irregular rectangle, holding and distorting a figure within. Collection is a subtle work, highlighting its status as a collectible art object as much as our desire to contain and consume the world around us. Janet Jones’ Solo #6 (2007) highlights the artist’s uncanny ability to condense the sterile, near-virtual environments of the contemporary moment into atmospheric, nuanced works. Jones, who received her PhD on Clement Greenberg’s modernist criticism, is fluent in the language of modernist painting. Solo #6 highjacks modernist form to critique the movement’s traces in corporate and commercial architecture.

The 20th century saw the status of women radically change, but the movement for equal rights and recognition is an incomplete project. The MacLaren Art Centre presents this exhibition in recognition of International Women’s Day, paying tribute to the great strides that women artists have made. Just as Virginia Woolf declared, “there is no gate, no lock, no bolt, that you can set upon the freedom of my mind”, these artists confidently stake not only their claim to artistic expression but also their right to critically examine the traditions or conventions in which they work.

Jane Buyers was born in Toronto in 1948. Her work examines labour, often looking at how art is produced within the studio, the home and elsewhere. A graduate of York University and the University of Toronto, Buyers is a well-respected educator at the University of Waterloo. Buyers work has been shown in Canada and internationally, and was recently the subject of the touring exhibition Gather… Arrange… Maintain, organized by the Kitchener-Waterloo Art Gallery. Her work is in the collections of the Art Gallery of Nova Scotia, Halifax; the Art Gallery of Hamilton; the Kitchener-Waterloo Art Gallery; and the MacLaren Art Centre, Barrie. She is represented by Paul Petro in Toronto.

Janet Jones was born in Montreal in 1951. She has exhibited across Canada as well as in New York, England, Germany, France and China. An Associate Professor in the Department of Visual Arts at York University in Toronto, she has served as Chair of the Department of Visual Arts and Director of the MFA Graduate Program in Visual Arts. Jones received her MFA from York University and her PhD from New York University in art theory and criticism. Her touring survey DaDa Delirium, presented at the MacLaren in 2010, was accompanied by a full-colour catalogue with essays by Stuart Reid and Nell Tenhaaf as well as an artist interview by Georgiana Uhlyarik. Jones is represented in Toronto by Katzman Contemporary.

Shelagh Keeley was born in Oakville in 1954, and attained her BFA at York University. Keeley is an internationally renowned artist working in site-specific drawing, performance and bookworks as well as other media. Her recent solo exhibitions and performances include those at the Museum of Modern Art, New York; the Power Plant, Toronto; Prefix Institute of Contemporary Art, Toronto; and Museum Abteiberg, Mönchengladbach, Germany. Keeley’s work is in the collections of the Art Gallery of Ontario, Toronto; the Museum of Modern Art, New York; Harvard Art Museum, Boston; Musée d’Art Contemporain, Montreal; the National Gallery of Canada, Ottawa; and many others.

Doris McCarthy was born in Calgary in 1910, and moved to Toronto shortly after. McCarthy studied at the Ontario College of Art with Arthur Lismer and J.E.H. MacDonald. She took a position at Toronto’s Central Technical School shortly after graduating, and taught art there for forty years. McCarthy was best known for her abstracted landscapes, which were often made at her home, Fool’s Paradise, on Scarborough Bluffs, or at her cottage in Georgian Bay. A beloved figure in the Canadian art scene, she passed away in Toronto shortly after her 100th birthday.

Renée Van Halm was born in Amsterdam in 1949, and moved to Canada in 1954. She studied art at the Vancouver School of Art, and completed her MFA at Concordia University. In 1979, she co-founded Mercer Union. She has taught at York University and at Emily Carr College of Art and Design, where she served as Dean of the Faculty of Visual Art and Material Practice. Her work has been featured in numerous solo exhibitions throughout North America, including the Burnaby Art Gallery, Burnaby, BC; Kamloops Art Gallery, Kamloops, AB; the Southern Alberta Art Gallery, Lethbridge AB; Keller and Greene, Los Angeles, CA; and the Contemporary Art Gallery, Vancouver, BC. Her work is held in the permanent collections of the National Gallery of Canada, the Vancouver Art Gallery, the Art Gallery of Ontario and the MacLaren Art Centre.

Shirley Wiitasalo was born in Toronto in 1949. She studied at the Ontario College of Art (now OCADU) and currently teaches in the University of Toronto’s Visual Studies department. One of Canada’s most celebrated painters, she works in various paint media including oil, acrylic, enamel and gouache, often employing experimental and techniques such as stencils, taped boundaries, silkscreen transfers and lettering. She has exhibited nationally and internationally, participating in solo exhibitions at The Power Plant, the Art Gallery of Ontario, and the Kunsthalle Bern in Switzerland. Wiitasalo received the Toronto Arts Award for Visual Art in 1993, the Gershon Iskowitz Prize in 1998 and the Governor General’s Award in Visual and Media Arts in 2011. Wiitasalo is represented in Toronto by Susan Hobbs Gallery. 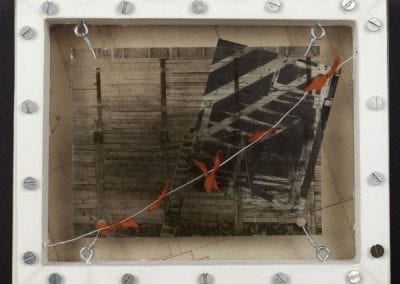 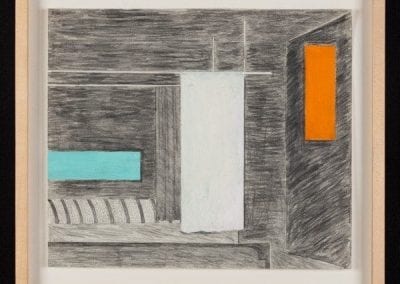 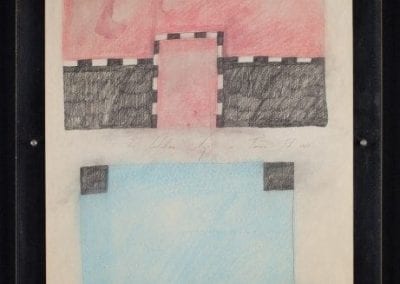 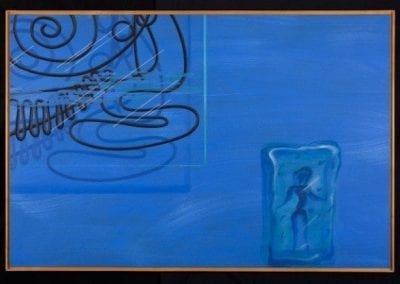 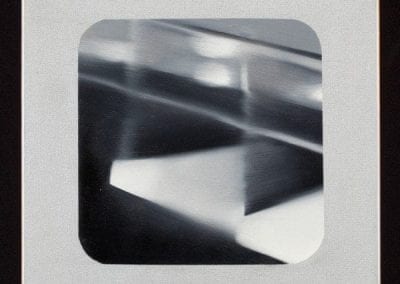