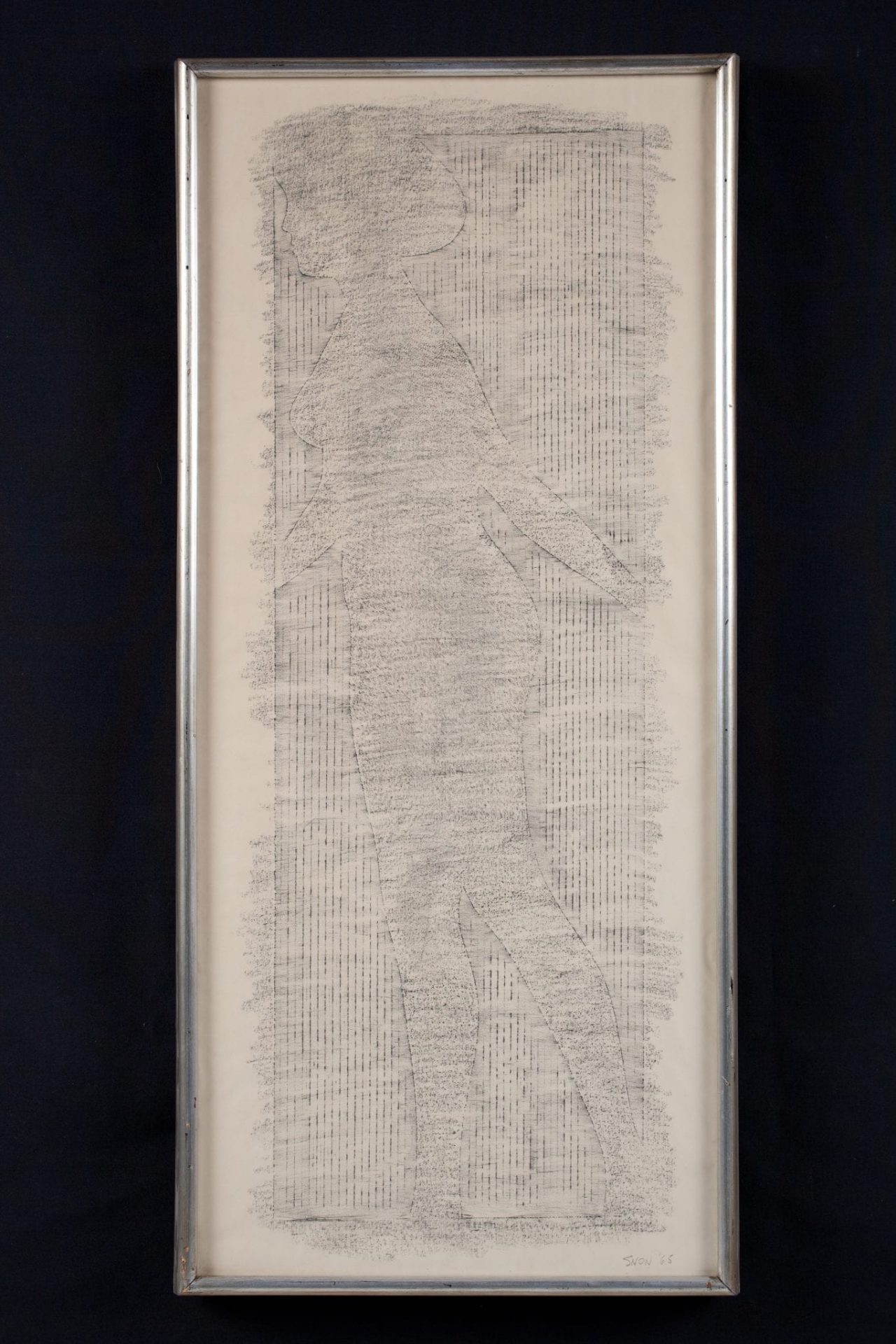 This exhibition pairs works on paper from the MacLaren’s Permanent Collection by two artists whose work has been central and definitive to the art of their time. Michael Snow (born 1929) is one of Canada’s most important living artists, garnering international acclaim in virtually every artistic medium for more than half a century. The  large graphite drawing entitled Equals comes from Snow’s Walking Woman series, which centred upon a deceptively simple silhouette repeated in various media. It quickly became Snow’s most recognizable body of work.

Equals is presented alongside a lithograph by preeminent British sculptor Henry Moore (1898-1986) entitled Standing Figure Storm Sky. Like Snow, Moore’s singular treatment of the contours of the human form became the most recognizable work of his career. In this lithograph, the standing figure is set apart from a vast, shadowy background beyond, emphasizing both the volume of the figure and the negative space surrounding it. Conversely, Snow integrates the figure with its surroundings, creating an ambiguous figure-ground relationship in which neither one takes  primacy. This pairing presents a unique opportunity to compare the subtleties of each artist’s iconic treatment of the human form.