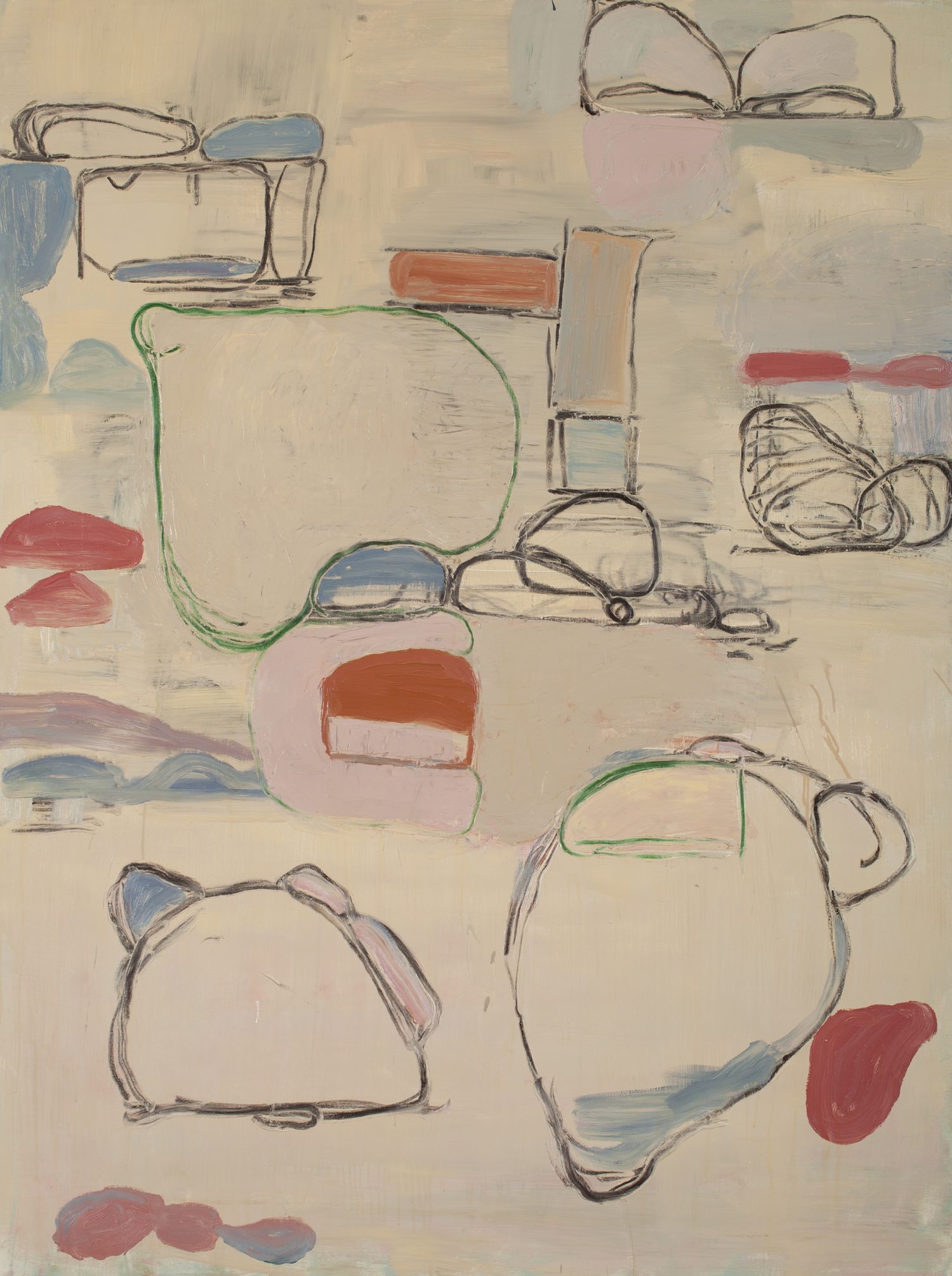 David Urban is an accomplished Toronto painter known for his large-scale abstract paintings that combine linear connectivity with rhythmical structure. Untitled 91 #3 is an early canvas, painted in 1991 by Urban prior to receiving his MFA at the age of 25. Uncluttered, it invites the viewer’s eye to run freely through a field of organic shapes floating amongst blue and red accents. Like much of Urban’s work, the painting references childhood and the primacy of the imagination, as well as the experience of being downtown and the impersonal character of city culture. While the colouration in this work is more muted than his more common palette of bold, clashing tones, we see the artist experimenting with the unexpected formal relationships and dynamic line work for which he is so well known today.

David Urban received a BA in English Literature and a BFA in Painting and Drawing from York University in 1989. He earned a MA in English Literature and Creative Writing in 1991 from the University of Windsor and an MFA in Visual Arts in 1994 from the University of Guelph. He has had thirty solo exhibitions and participated in nearly forty group exhibitions internationally. His work is in numerous private and public collections including the National Gallery of Canada; Musée des Beaux Arts, Montreal; the Art Gallery of Ontario; and the MacLaren Art Centre.