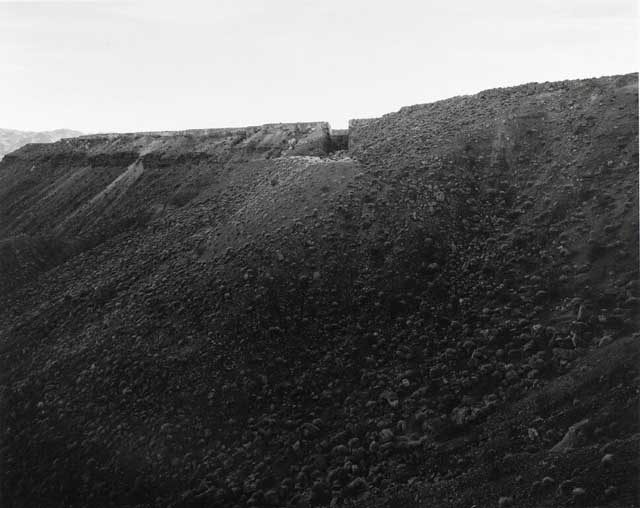 Mark Ruwedel (BFA, Kutztown State College, Pennsylvania and MFA, Concordia) is a prominent Canadian photographer based in British Columbia and Los Angeles. His interest in photography was piqued during his formal studies, and he quickly turned his attention from painting to the large-format camera during his undergraduate years. His work is in numerous public collections, including the Tate Modern in London, the Los Angeles County Museum of Art and the National Gallery of Canada. In 2014 he was awarded the Scotiabank Photography Award and will be featured in a solo exhibition at the Ryerson Image Centre April 29 through June 28, 2015.

Of his own practice, Ruwedel comments: “I am interested in revealing the narratives contained within the landscape, especially those places where the land reveals itself as being both an agent of change and the field of human endeavour.” His sustained exploration of the ways in which landscape reclaims itself highlights the competing resiliencies of the natural world and North American expansion. In his portfolio Earthworks (1996), Ruwedel exhaustively catalogues the slow decay and disappearance of significant works of land art—icons of human ambition as impressive as the residual traces of railroad cuts, grades and trestles he documents in Westward the Course of Empire (2008).

Ruwedel’s Michael Heizer: Double Negative, 1969-1970 reveals the effects of time on Heizer’s iconic earthwork, comprised of two trenches cut into the rhyolite and sandstone rock of the Moapa Valley near Overton, Nevada. This ambitious intervention required the displacement of some 240,000 tons of the mesa, although it was never intended to be permanent: in 1984, the Museum of Contemporary Art in Los Angeles purchased this work under strict orders by Heizer to perform no maintenance or conservation. The softening edges of the sawtooth notch in Ruwedel’s photograph testify to Double Negative’s continuing erosion, a once-monumental work consumed by the exigencies of the harsh desert environment. In this work, Ruwedel takes no position on this slow entropy, allowing us instead to reflect on the limits of human effort and the relentless southwestern sublime.