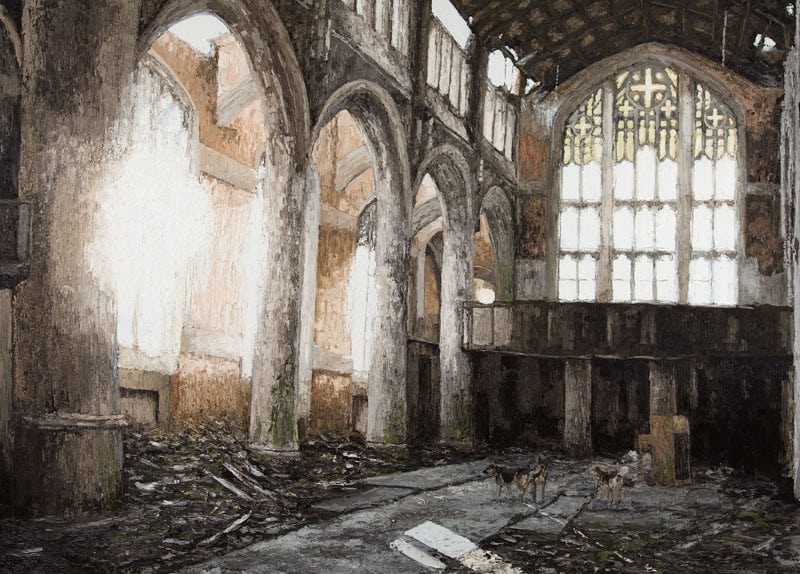 Toronto artist Matt Bahen creates large, impasto oil paintings that address themes of conflict, survival, history and compassion. His thickly encrusted surfaces emphasize the visceral quality of his subject matter—remote regions and derelict spaces frequently inhabited by vagrant animals. Bahen’s art invokes a lurking dissonance between human abandonment and natural reclamation. These pictures come from his imagination and portray a moral wilderness. Gravity’s Faith consists of new canvases by artist. The scale of these works encompasses the viewer, engendering a powerful physical response, while asserting the exclusion of humanity. Ultimately, Bahen extends the Canadian landscape tradition while challenging the persistence of its mythic character.

Matt Bahen was born and raised in Schomberg, Ontario. He graduated from OCAD University in 2002 and has consistently exhibited his work for over a decade. He is represented by Le Gallery, Toronto and Munch Gallery, New York. Bahen is also an accomplished musician, vocalist and songwriter with roots-rock trio The Schomberg Fair. Gravity’s Faith is his first solo exhibition in a public gallery.