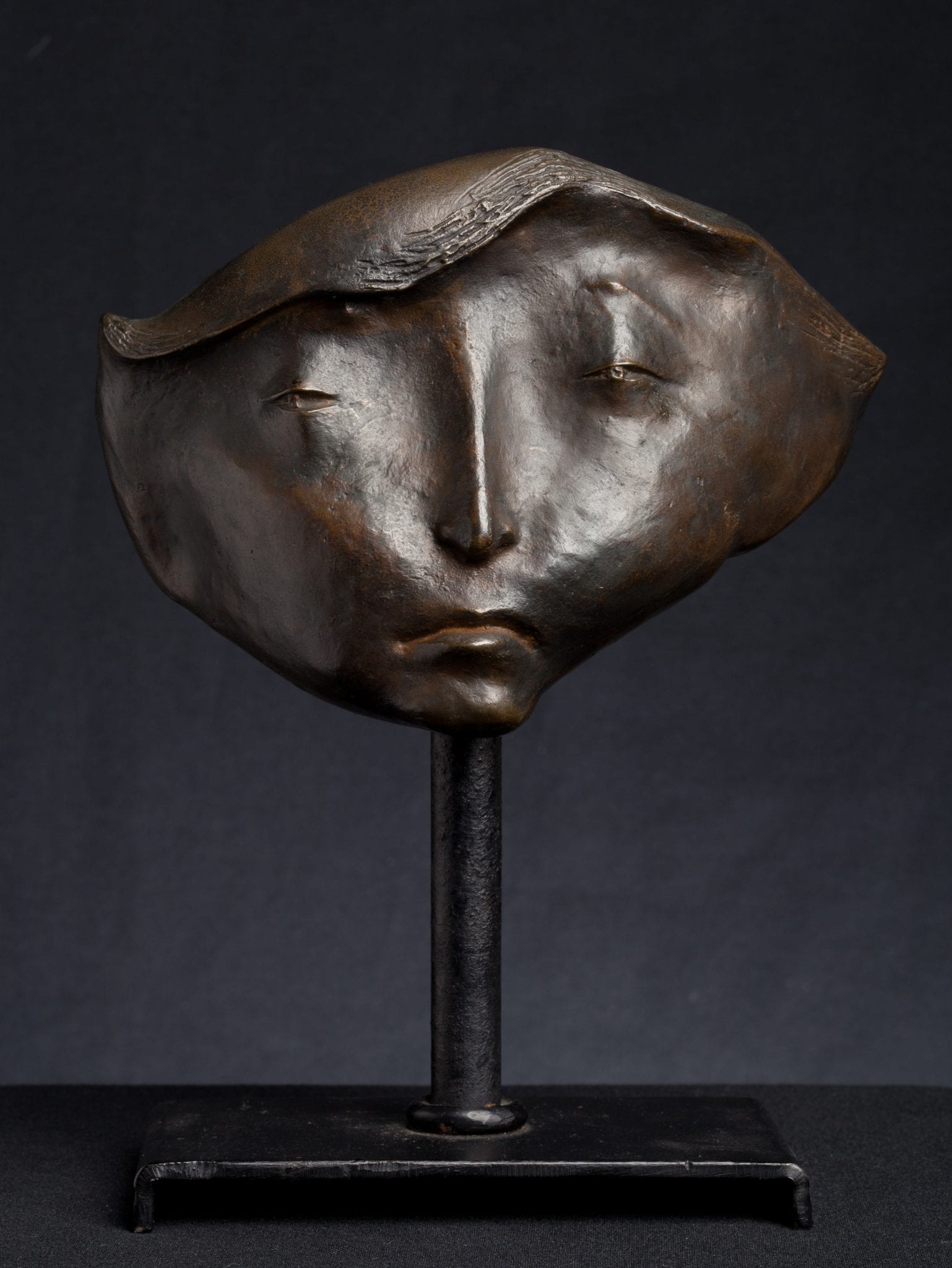 Dora de Pédery-Hunt was an internationally known sculptor and medallion designer. Born in Hungary in 1913, she fled her home country during the Second World War and immigrated to Canada. By 1948 she had settled in Toronto, where she honed her artistic practice in a variety of media including clay, wood, bronze and plastic.

Portrait of Shimano demonstrates de Pédery-Hunt’s expert ability to render the human face. Elegant and understated, the portrait’s skewed features and a solemn gaze imbue it with a strong sense of mystery. In addition to impeccable craftsmanship, the piece embodies the whimsical spontaneity characteristic of de Pédery-Hunt’s work.

More realistic portrayals of the face also factor into de Pédery-Hunt’s oeuvre, particularly in her medallion design work. Her sculpted bronze portrait of Manitoban politician Sir Donald Alexander Smith was used by Canada Post on a six cent postage stamp in 1970. Furthermore, she was the first Canadian to design an effigy for Queen Elizabeth II. Her portrait of the monarch is featured on the face of all Canadian coinage produced between 1990 and 2002.

Dora de Pédery-Hunt received a Masters of Fine Arts at the Royal School for Applied Art, Budapest. In 1974, she was awarded the Order of Canada and, in 1983, York University presented her with an honorary Degree of Doctor of Letters. She lectured internationally for galleries and other groups and taught for many years at the Ontario College of Art Design. Her work is held in numerous public collections worldwide, including the National Gallery of Canada, the British Museum, the Smithsonian Institute and the MacLaren Art Centre.

This Art of the Month is presented in honour of International Women’s Day (March 8).