Lucius O’Brien: The Art of Conservation 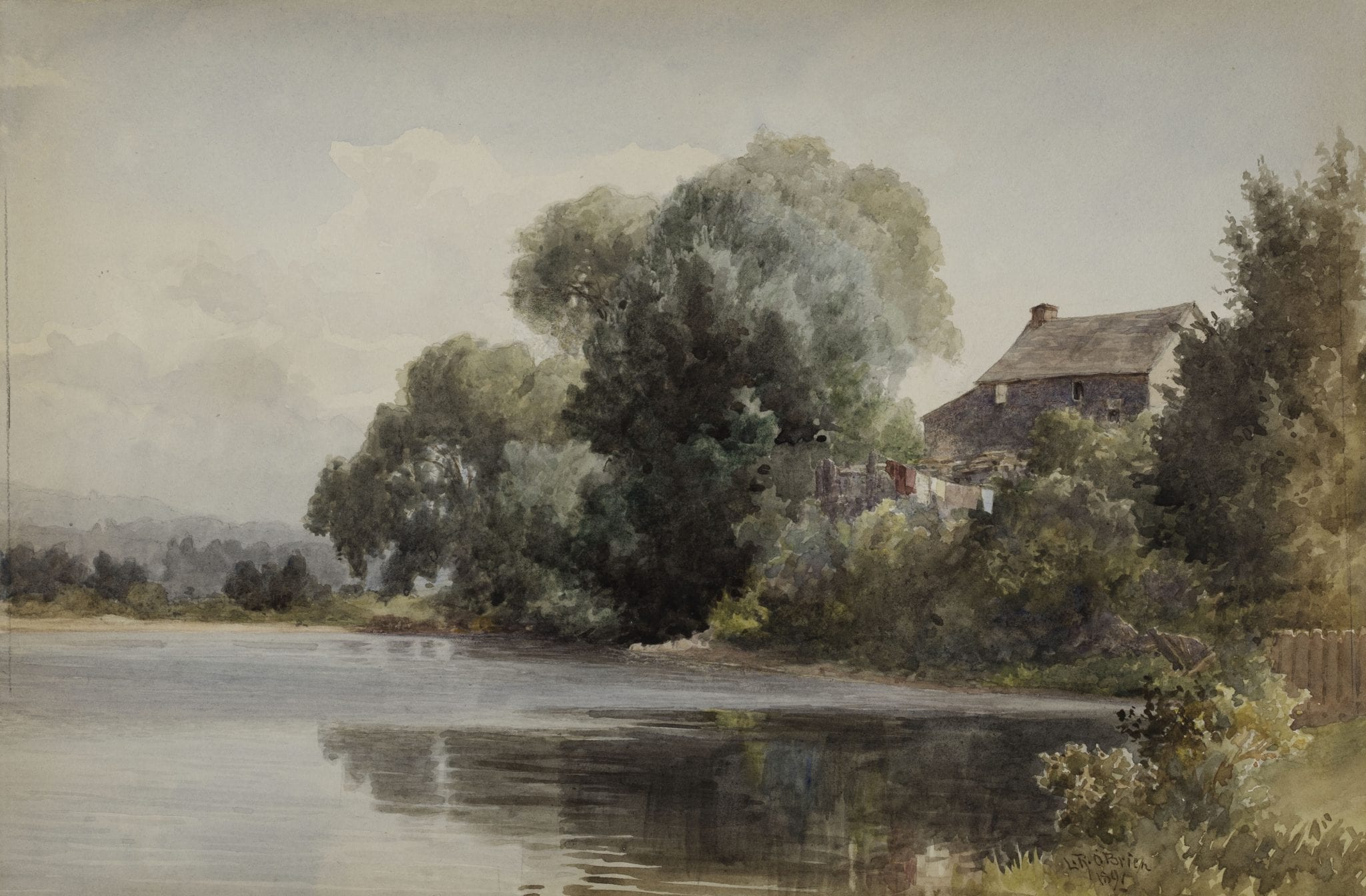 When Lucius O’Brien painted Doon, Ontario, 125 years ago in 1891, he could not have anticipated the ways in which light, fluctuations of temperature and humidity, atmospheric pollutants and a backing board of unpurified woodpulp would deteriorate this intimate work over time. The MacLaren Art Centre holds nine watercolours by O’Brien in its Permanent Collection, and have been working to conserve these delicate works in a three-year project culminating in a major exhibition in 2017. This preview highlights the first conserved work, Doon, alongside documentation of the conservation process, demonstrating the high level of care that we bring to artworks in our holdings.

Lucius O’Brien was born in 1832, in nearby Shanty Bay. A significant Canadian painter in the Victorian era, he was the founding president of the Royal Canadian Academy of Artists. Best known for his travels throughout Canada, documented in the two volume Picturesque Canada (1882-1884), O’Brien was a seminal figure in the early Canadian arts movement. Lucius O’Brien died in Toronto in 1899.