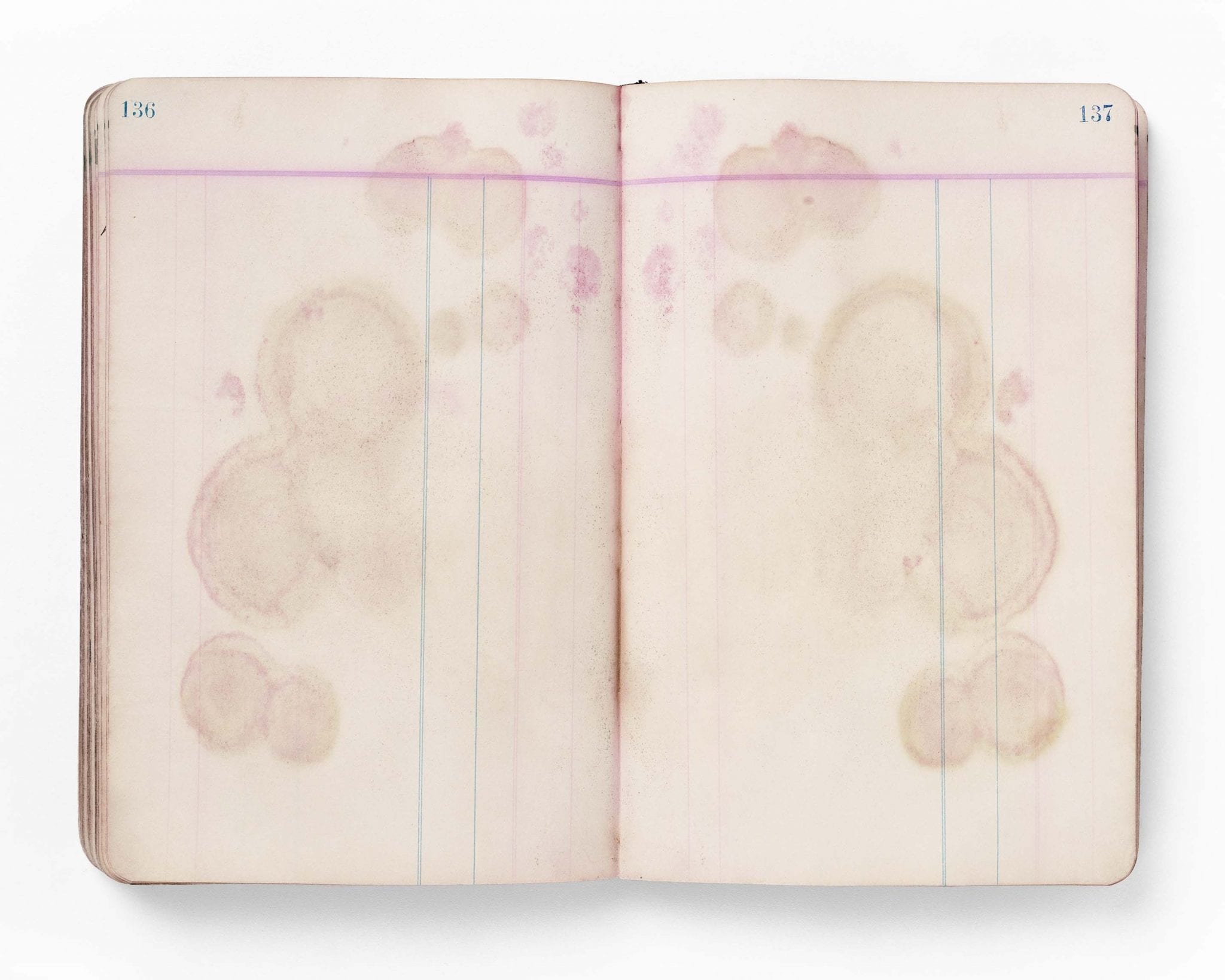 Lost and Found features two recent serial photographic works by Canadian artist Arnaud Maggs. Contamination, 2007, is comprised of sixteen successive page spreads of a damaged ledger dating to the 1905 Yukon Gold Rush discovered by Maggs in a flea market. Its symmetrical ink stains and mould patterns across blank pages evoke an unfulfilled destiny. Scrapbook, 2009, is a four-part work of page spreads selected from unfinished scrapbooks begun by Maggs in 1975, at the outset of career as a fine artist but soon after set aside, only to be re-encountered by Maggs thirty-six years later.Arnaud Maggs was born in Montreal in 1926. In 2006, he received Canada’s highest lifetime distinction in the arts, the Governor General’s Award. Maggs was previously bestowed the Gershon Iskowitz Prize in 1991 and a Toronto Arts Award in 1992. He is a resident of Toronto. There he is represented by Susan Hobbs Gallery, with whom he will show new works in October 2010. Maggs is the subject of a forthcoming retrospective at the National Gallery of Canada