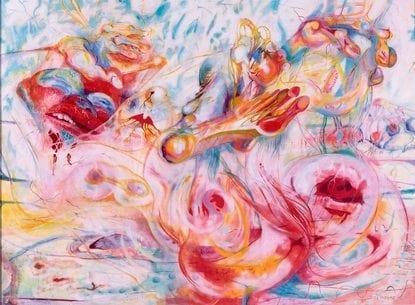 Selected from sixty-two works by Mississauga and Golden Valley, Ontario artist Tom La Pierre in the collection of the MacLarenArtCentre, ten paintings and drawings dated 1959–1968 show his fascination with the incessant turning of life, from birth, growth, decline to death. La Pierre passed away in April 2010 at the age of 89.