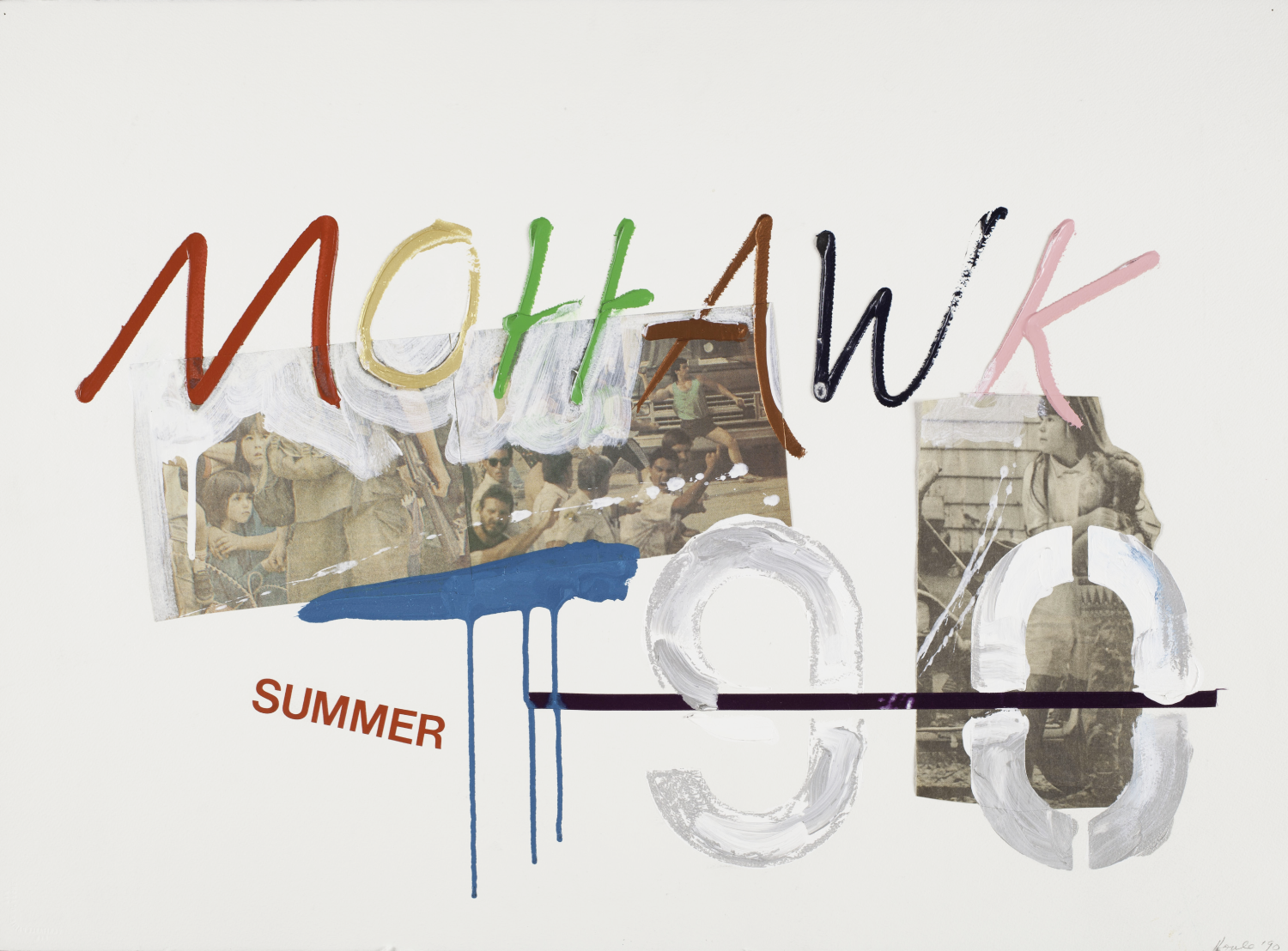 Robert Houle is a renowned Anishnabe Saulteaux artist, cultural theorist and curator whose practice examines issues surrounding Indigeneity through the lens of contemporary art. Mohawk Summer is a mixed-media collage that includes documentary photographs culled from newspapers overlaid with the artist’s handwriting, stenciling and vinyl that prominently illustrate the work’s title and date.

Created in response to the Oka Crisis—a seventy-eight day standoff in the summer of 1990—this work features photographs of Mohawk protestors from the Kanesatake Nation demonstrating against the Canadian Government’s encroachment into a sacred burial site in Oka, Québec. A photograph of two small children embracing one another reoccurs on opposing sides of the work, pointedly speaking of the need to protect Indigenous territorial rights for future generations.

Through collage—an act of collecting and juxtaposing photographs, documents and ephemera—Houle imbues Mohawk Summer with a memorializing impulse, cautioning against repeating the past. Mohawk Summer underscores the importance of Indigenous land rights, ongoing issues that are currently reflected in national demonstrations against the Coastal GasLink pipeline that would cut through unceded Wet’suwet’en territory.

Robert Houle was born in St. Boniface, Manitoba in 1947. He received a BA in Art History from the University of Manitoba and a BA in Education from McGill University. His work has been widely exhibited nationally and internationally. Active during a period of political and social upheaval, Houle is lauded for freeing Indigenous art from its relegation to anthropological and ethnographic disciplines, declaring that Indigenous art should not be treated as “artifact” but as artwork worthy of inclusion in mainstream institutions.