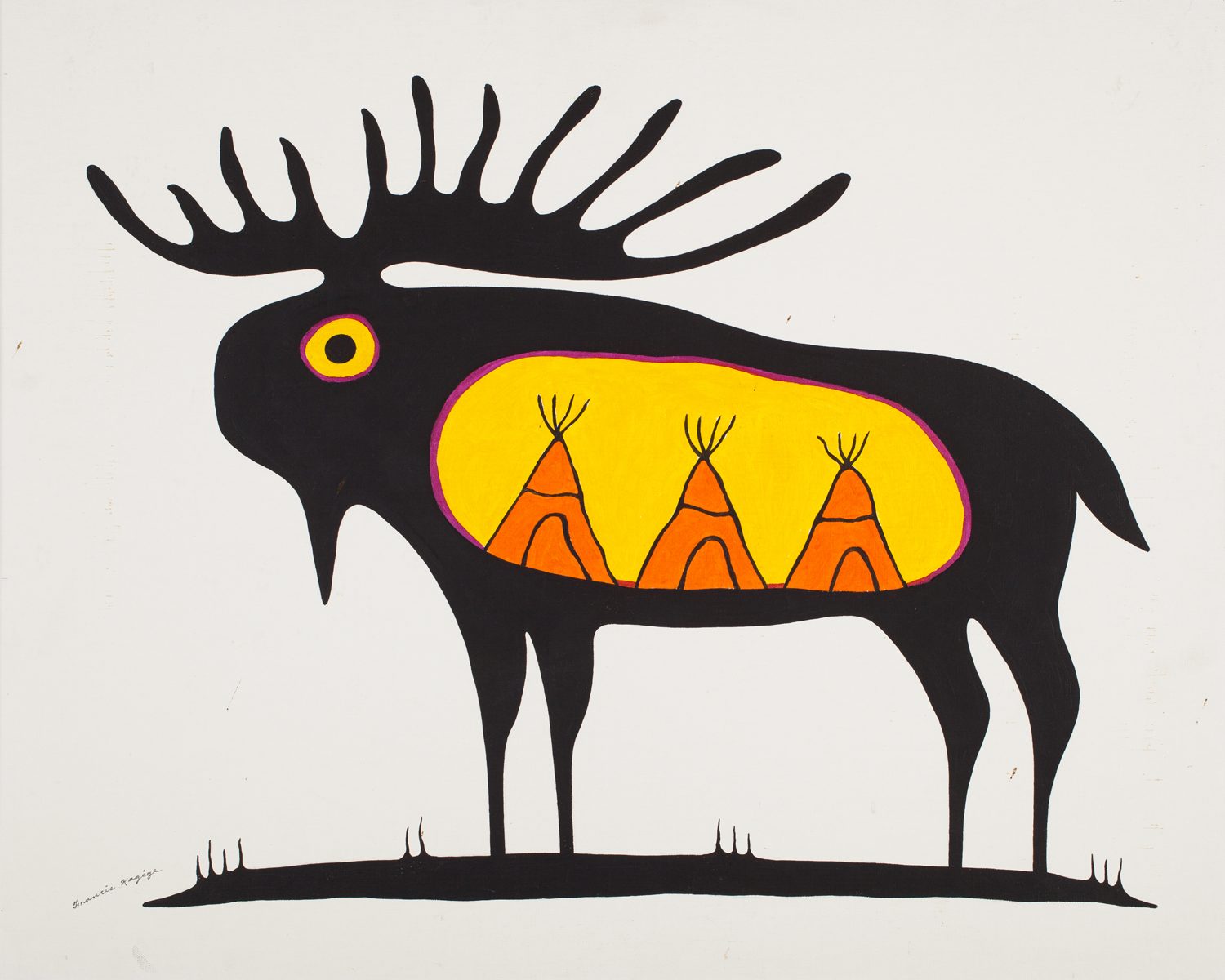 Born on the Wikwemikong Reservation on Manitoulin Island, Francis Kagige was a self-taught Ojibwe artist best known for his distinctive pictographic painting style. A contemporary of Norval Morrisseau, Kagige subscribed to the Woodland School, a style of painting and printmaking characterized by vibrant, contrasting colours and bold, flowing contours. Kagige’s artworks, like those of Morrisseau, represent various facets of indigenous cultures including spirituality, the interconnection between all living things and the importance of family.

In this original silkscreen, a stylized moose stands alert against a stark white ground, its glowing yellow eye commanding our attention. An oval-shaped form on the animal’s body offers an interior vision of three orange teepees. The black of the moose echoes the historical role of moose pelt in Ojibwe culture—black velveteen was introduced in the 19th century and supplanted moose hide as a decorative material to adorn clothing and accessories. Additionally, moose skins, along with Caribou skins, were used to cover Ojibwe teepees until the early 20th century.

Francis Kagige was born in 1929. His artistic career gained momentum in the 1960s, when he was commissioned to paint a mural for Expo ’67’s Indians of Canada pavilion in Montreal.  In the 1970s, his works were included in several significant exhibitions at the Royal Ontario Museum and the McMichael Art Collection.  His work has also been reproduced in several publications on First Nations life and culture, including the popular children’s book, Tales of Nokomis. Kagige’s work is in the collections of the Royal Ontario Museum, the McMichael Canadian Art Collection, Museum London, the Canadian Museum of Civilization and the MacLaren Art Centre. In 2014, Kagige passed away on Manitoulin Island.

This Art of the Month is presented in honour of National Aboriginal Day (June 21, 2015).