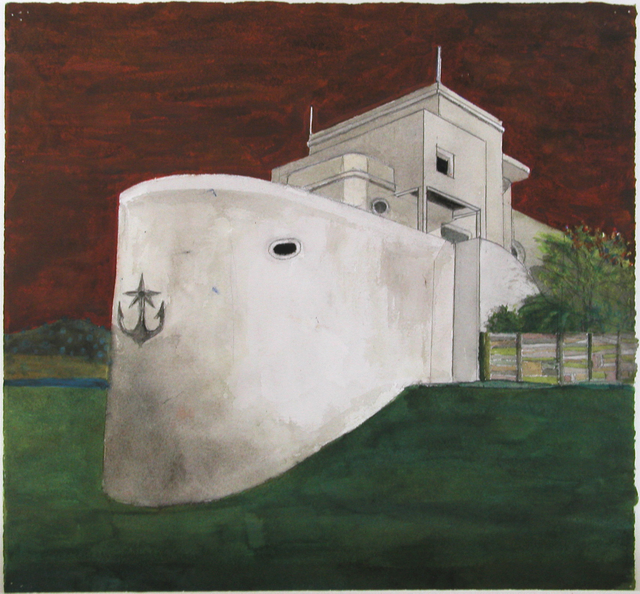 David Bolduc was a major Canadian artist whose colourful, semi-abstract paintings referenced his extensive travels and love of literature. Bolduc’s practice was informed by the gestural works of modern artists such as Jack Bush, Gershon Iskowitz and Henri Matisse, and reflected influences from the decorative arts of Asia, Europe and North Africa.

Sidi Ifni Prison is a moody watercolour of a boat-inspired building that was constructed by Spanish colonizers during their second occupation of Morocco in the 1930s. During this time, the Spanish built several art deco administrative offices in Sidi Ifni, including a town hall, a consulate and this naval base, which would later be repurposed into a prison. In the 1990s, Buldoc lived in Morocco and it is likely that Sidi Ifni Prison was painted during his travels to the country’s southwestern coast.