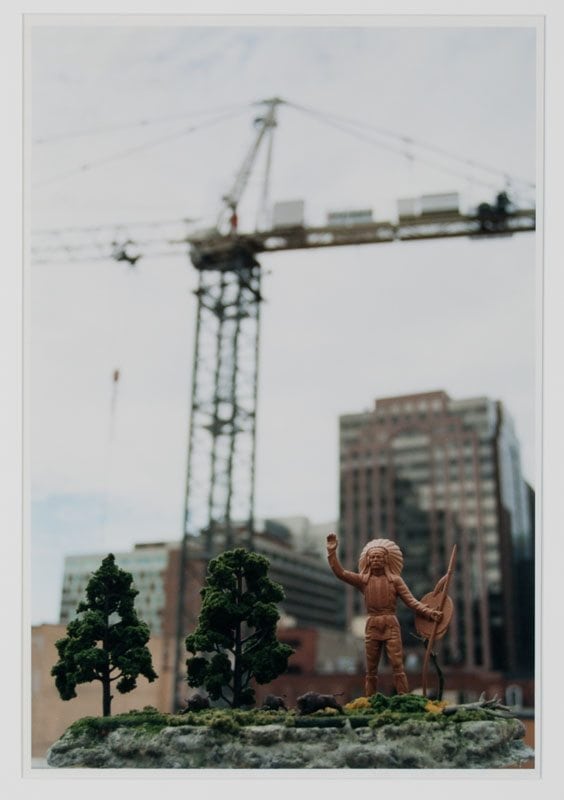 One of Jeff Thomas’s enduring concerns is that of his self-described status as “urban-Iroquois.” Growing up in Buffalo and later relocating to Toronto, Winnipeg, and finally Ottawa, Thomas struggled against the popular misconception that one could not be both Iroquois and a city resident. Interested in the narrative potential of photography, Thomas presents the urban landscape through an Aboriginal perspective.

With Indians on Tour, Thomas interrogates the street photographer aesthetic from a First-Nations point of view. Using small, plastic Indian figurines, he invents scenes that address the urban Aboriginal experience. It’s no coincidence that Thomas utilizes this visual vocabulary: street photography is a quintessentially urban and modern art form, one that requires its practitioners to embed themselves fully into the city to watch, isolate, and capture their subjects. Thomas subverts the popular stereotypes reified by these toys by situating the figures in the modern city, and his images within this genre. While Thomas co-opts this aesthetic, there is no subsequent attempt to portray these images as anything but manufactured. In doing so, he destabilizes one of the central tenets of street photography: in the performance of an identity, can there be an authentic, unscripted moment?

Thomas’s plastic figurines require context, a stage on which to perform their identities. In Scouting for Indians, Thomas surrenders his control, finding rather than placing his subjects within the city. Pursuing the Anishnaabe scout after its relocation from its pedestal at the base of the statue of Samuel de Champlain, Thomas finds the anonymous scout in popular representations of First Nations figures throughout the urban landscape—from cigar store Indians to romantic figures captured in stone friezes on government buildings―showing the ways in which complex and multitudinous identities and histories are collapsed and condensed into a simplified racialized designation, and the dissonance of this characterization within the urban landscape.

Jeff Thomas is an award-winning Iroquois and Onondaga photographer, curator and cultural analyst. He was the subject of Ali Kazimi’s documentary film, Shooting Indians, in 1997. In 1998 he received the Canada Council for the Arts’ Duke & Duchess of York Prize in Photography, and in 2003 was made a member of the Royal Canadian Academy of Art. He is represented by the Stephen Bulger Gallery in Toronto. 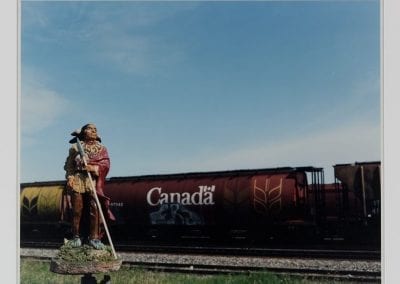 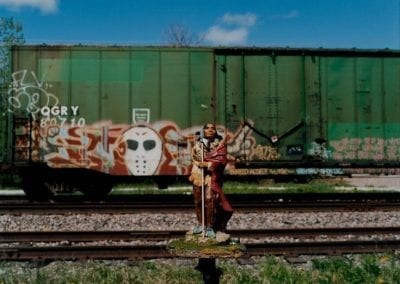 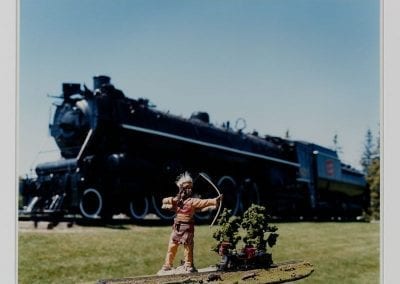 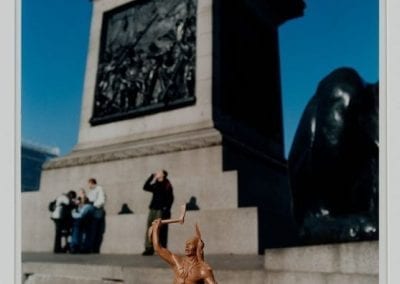 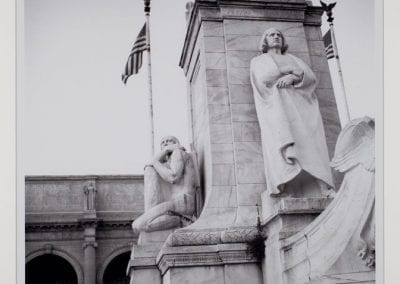 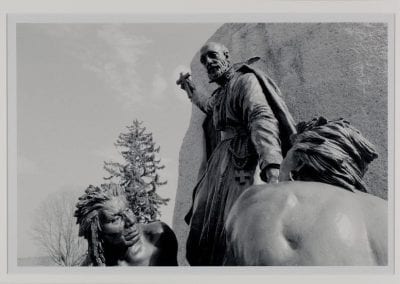 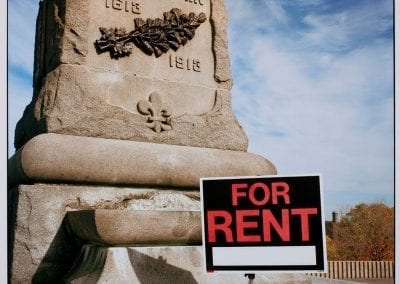