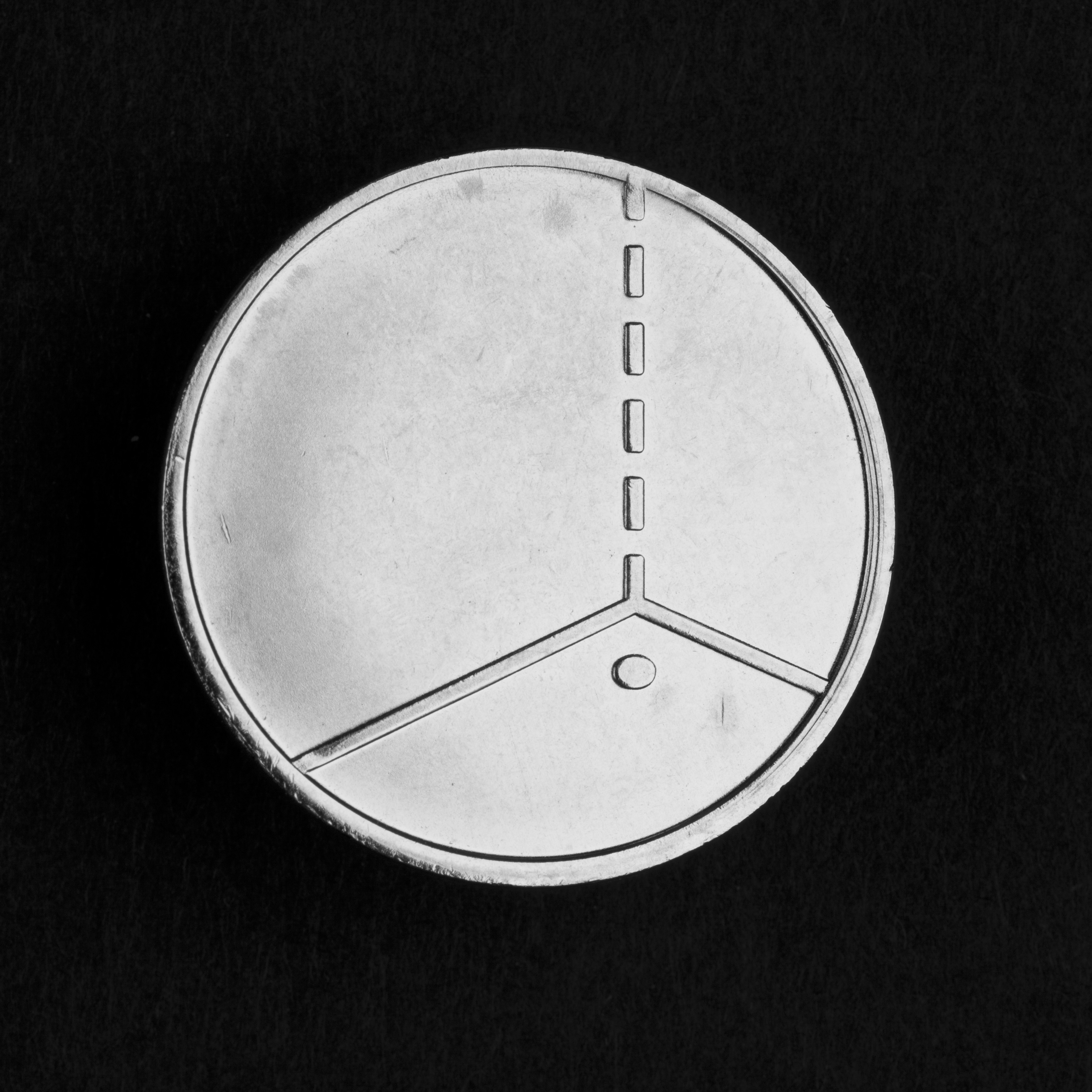 Micah Lexier is a Canadian conceptual artist working in sculpture, installation, and video, whose practice is anchored in the vernacular of everyday life. Lexier employs commonplace diagrams, numbers and letters, drawing our attention to the universal themes of language, time and mortality. A penchant for orderliness pervades much of his work; Lexier is interested in the logic that governs the acts of collecting and organizing.

Coins—an enduring fascination for Lexier—are part of an economy of images and values that yield to systems of categorization.

A coin in the corner is a stainless steel coin from an eponymous installation of 100 custom minted coins by Lexier commissioned for the Massachusetts Museum of Contemporary Art’s exhibition Oh, Canada (2012 – 2013).  Each coin, stamped with the image of a coin in a corner, was placed in the corner of a Mass MoCA public or private space, among them exhibition halls, offices and bathrooms—100 corners all together.

This installation creates possibilities of encounters throughout these spaces, activating the entirety of the museum rather than the white cube of the exhibition galleries. Their placement in corners was a pun on Canadian bilingualism, since the English word for “corner” translates to “coin” in French.

Micah Lexier earned a MFA from the Nova Scotia College of Art and Design, Halifax and a BFA from the University of Manitoba, Winnipeg. Lexier has shown his works at the Albright-Knox Gallery, Buffalo; the Power Plant, Toronto; and Canada House, London, England. His works are held in the collections of the British Museum, London; the Jewish Museum, New York; the Musée d’art contemporain de Montréal; and the Art Gallery of Ontario, Toronto. In 2015, he received the Governor General’s Award in Visual and Media Arts. The artist lives and works in Toronto.