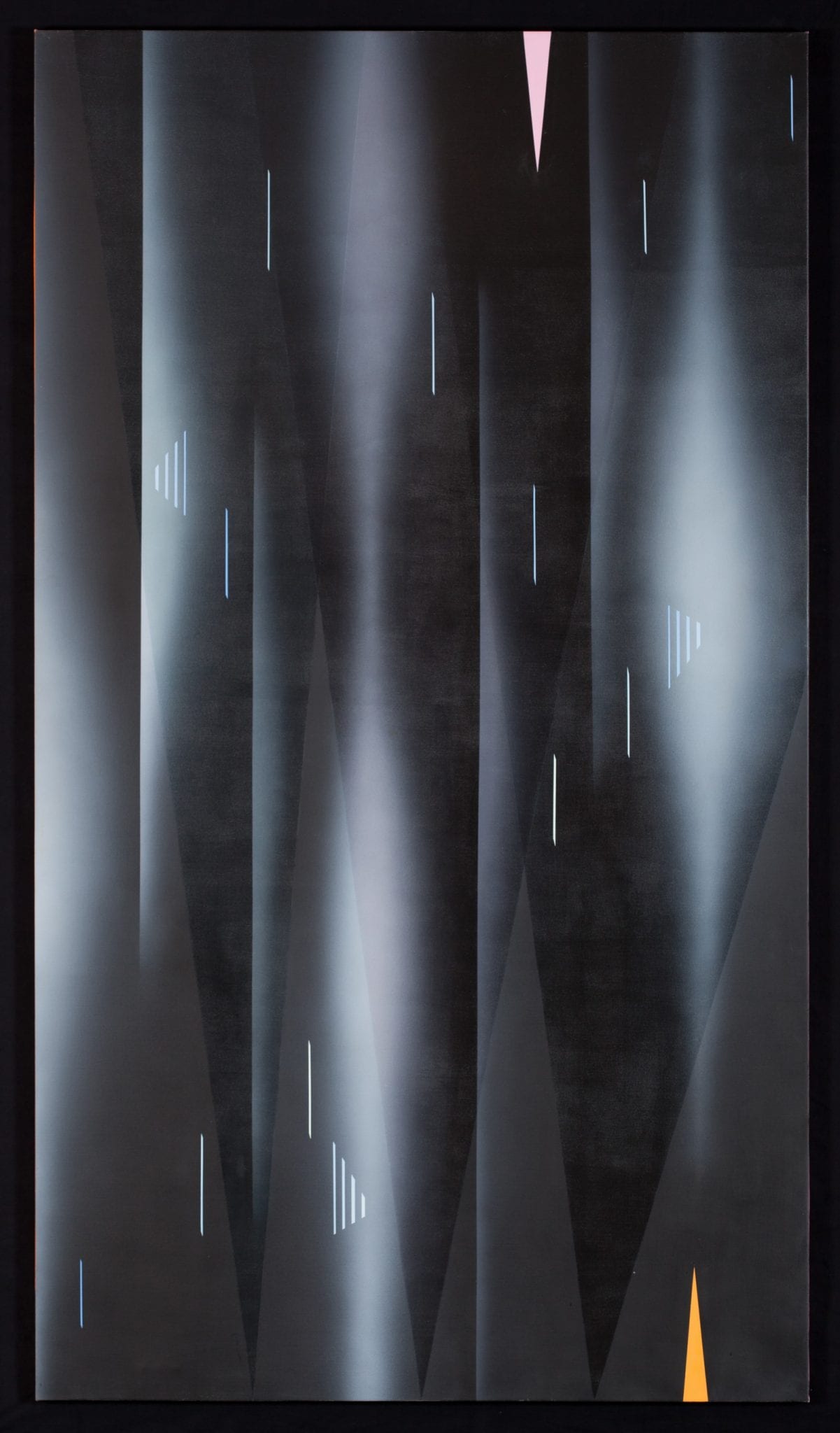 Toronto painter Janet Jones probes our fascination with the contemporary moment. Her imagery is inspired by public spaces such as sterile corporate lobbies and hyper-lit urban streetscapes. Her paintings, deliberately flat and meticulously blended, are psychological impressions of the urban environment that instill a sense of wonder and trepidation towards our increasingly technological culture. Continuing our focus on recent acquisitions, this exhibition features two large-scale works from the MacLaren’s collection as a complement to our spring exhibitions of works by Canadian women artists.

Janet Jones has exhibited across Canada as well as in New York, Los Angeles, England, Germany, France and China. A Professor of Painting in the Department of Visual Art and Art History at York University in Toronto, she has served as Chair of the Department of Visual Art and Director of the MFA Graduate Program in Visual Art. Jones received her MFA from York University and her PhD from New York University in art theory and criticism. Her touring survey DaDa Delirium, presented at the MacLaren in 2010, was accompanied by a full-colour catalogue with essays by Stuart Reid and Nell Tenhaaf as well as an artist interview by Georgiana Uhlyarik.