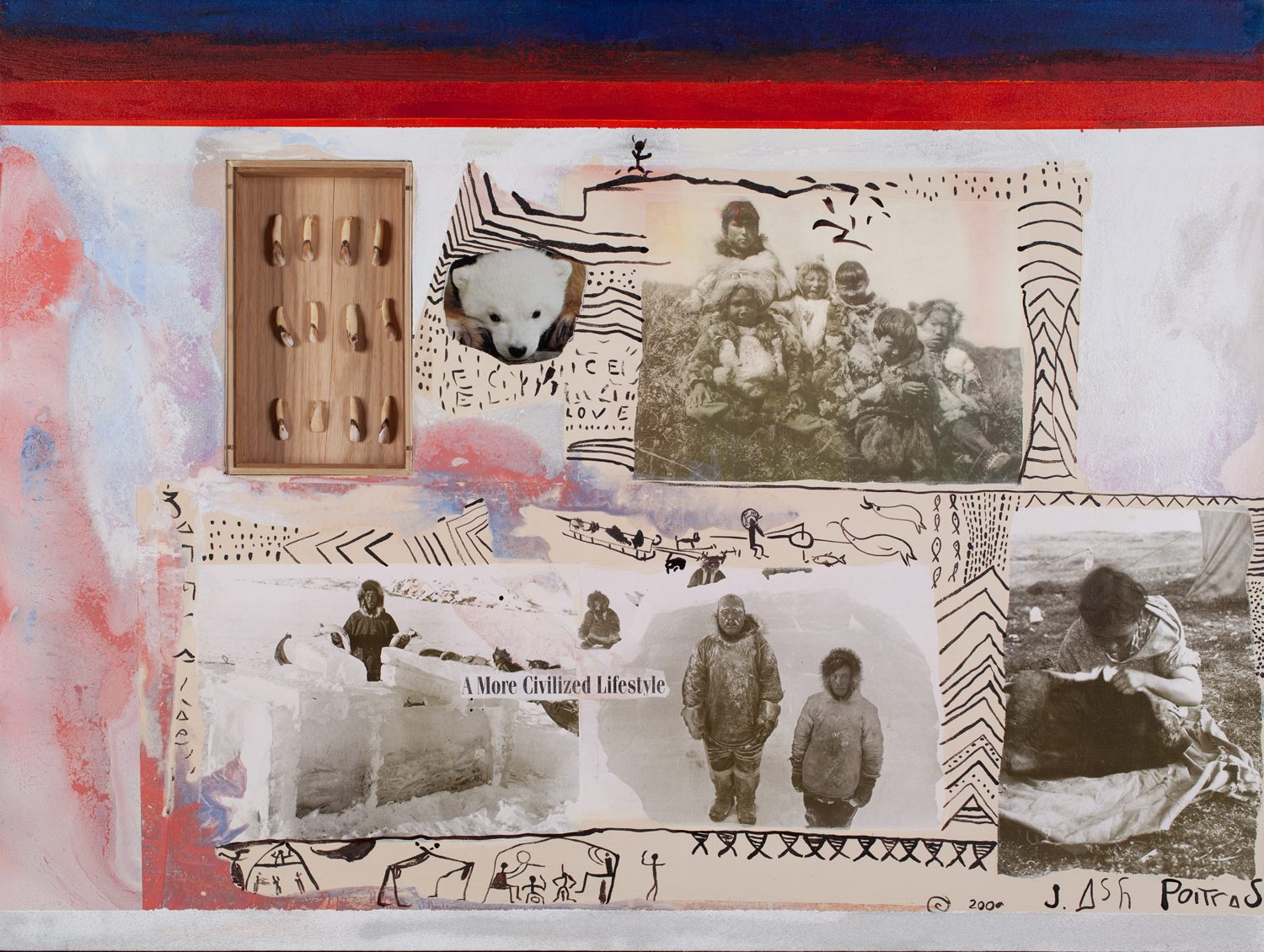 Jane Ash Poitras is a Canadian artist of Cree descent. Born in 1951 in Fort Chipewyan, Alberta, Poitras was raised in foster care in Edmonton. In her early adulthood, Poitras began investigating her Cree heritage, while also transitioning from studies in microbiology to printmaking, studying first at the University of Alberta, and later attaining her MFA at Columbia University, New York City.

Caribou Heaven (2000) is a mixed media work that highlights Poitras’ use of collaged elements, including paint, pictograms, photographs, text and animal claws. Central to this work is a posed photograph of Inuit subjects performing daily tasks, ironically presented under the headline “A More Civilized Lifestyle.” Critical of the discourse that positions Indigenous subjects as ahistorical, Poitras challenges the concept of “civilization” as defined in a settler-colonial context.