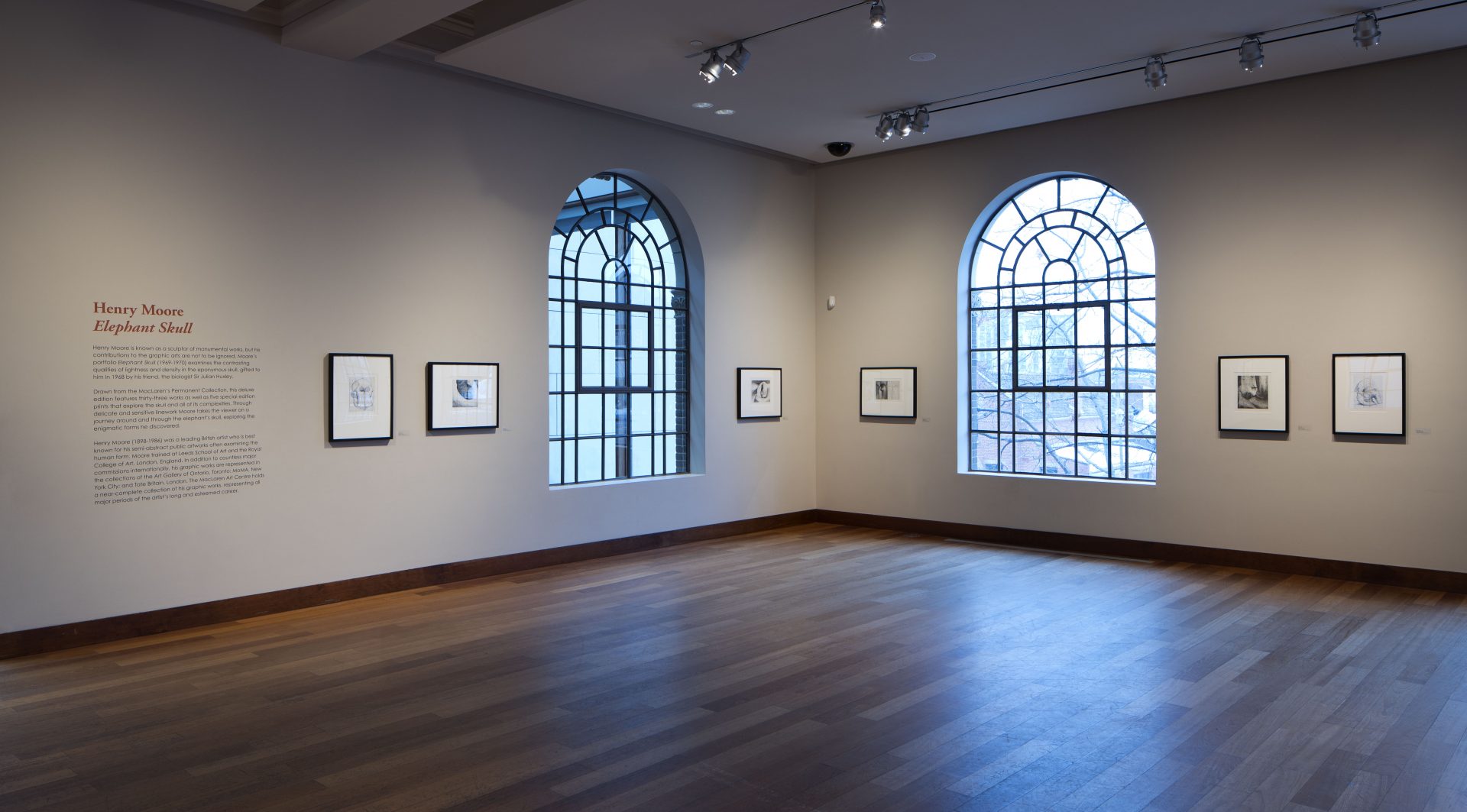 Henry Moore is known as a sculptor of monumental works, but his contributions to the graphic arts are not to be ignored. Moore’s portfolio Elephant Skull (1969-1970) examines the contrasting qualities of lightness and density in the eponymous skull, gifted to him in 1968 by his friend, the biologist Sir Julian Huxley.

Drawn from the MacLaren’s Permanent Collection, this deluxe edition features thirty-three works as well as five special edition prints that explore the skull and all of its complexities. Through delicate and sensitive linework Moore takes the viewer on a journey around and through the elephant’s skull, exploring the enigmatic forms he discovered.

Henry Moore (1898-1986) was a leading British artist who is best known for his semi-abstract public artworks often examining the human form. Moore trained at Leeds School of Art and the Royal College of Art, London, England. In addition to countless major commissions internationally, his graphic works are represented in the collections of the Art Gallery of Ontario, Toronto; MoMA, New York City; and Tate Britain, London. The MacLaren Art Centre holds a near-complete collection of his graphic works, representing all major periods of the artist’s long and esteemed career.