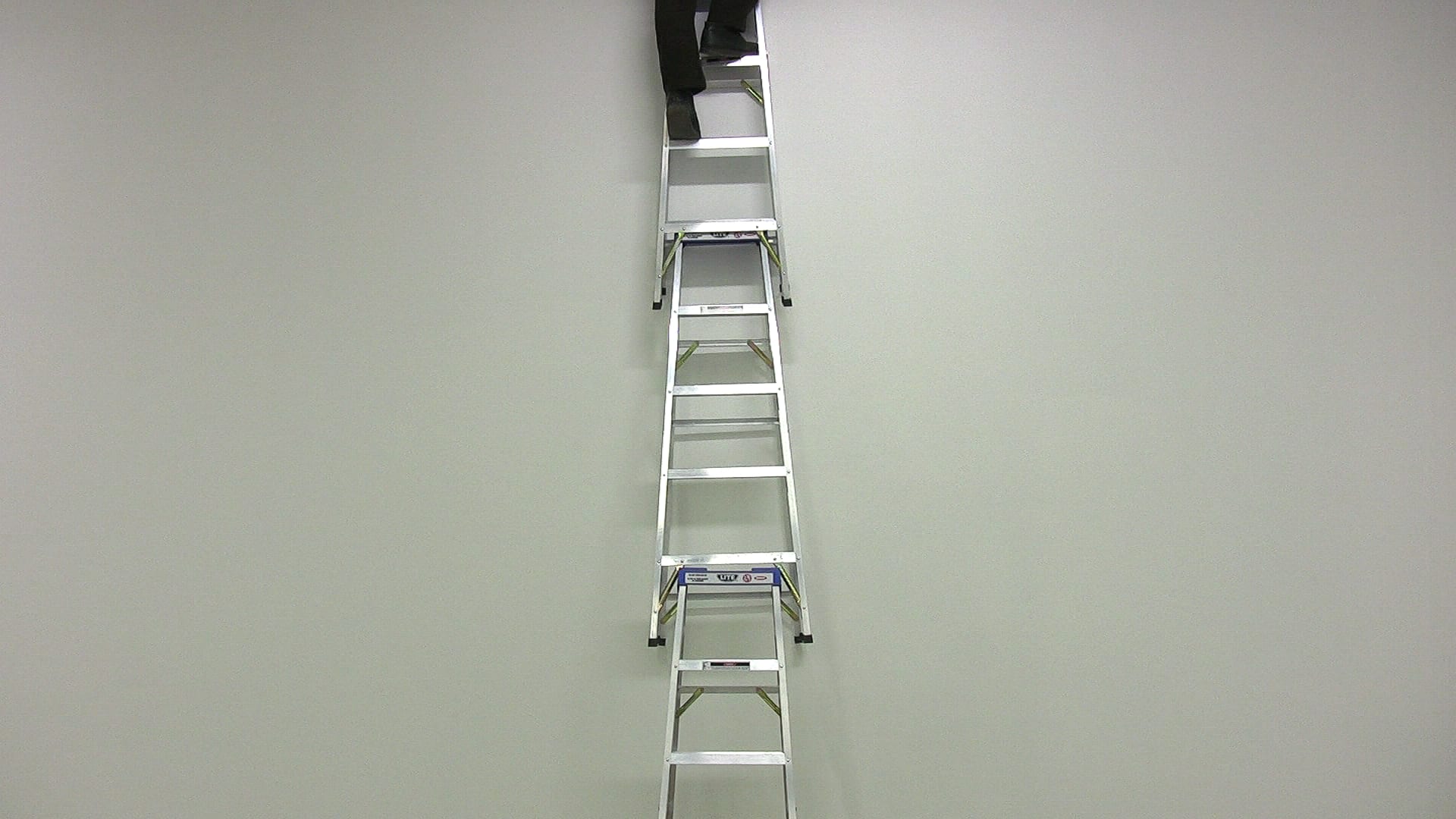 Jon Sasaki: Good Intentions has been rearticulated for each stop on its national tour since it originated at the Doris McCarthy Gallery, University of Toronto, Scarborough, in 2010. This presentation at the MacLaren features ten works dating from 2007 (Artist’s First Painting Bronzed) to 2012 (Lucky Thinker, a site-specific artist’s intervention involving a bronze cast of Auguste Rodin’s The Thinker). These include six video loops ranging from room-scaled projections to set-piece “efforts” framed on television screens. Sasaki takes inspiration in the gag techniques of early slapstick film, personified by such silent-cinema pioneers as Charlie Chaplin, Buster Keaton and Harold Lloyd, casting himself as a modern Everyman. In these performative artworks, he enacts misplaced efforts in quests characterized by unrequited longing and futile hopes. His works are simultaneously comic and poignant. A collaborative eighty-page catalogue accompanies the exhibition with essays by Ann MacDonald, Crystal Mowry and MacLaren curator Ben Portis.

Jon Sasaki holds a BFA from Mount Allison University, Sackville, NB. From 2002 to 2007, he was a member of the Toronto-based artist collective, Instant Coffee. He has had solo exhibitions in Toronto, St. John’s, Montreal, Calgary, Edmonton and Galway, Ireland. Jon Sasaki lives and works in Toronto, where he is represented by Jessica Bradley Art + Projects.

Participate in Jon Sasaki’s Lucky Thinker interactive artwork in Gallery 3. Send your testimonials to maclaren@maclarenart.com of good things that happened as a result of touching the sculpture’s head, or bad things that didn’t happen to you, on our Facebook page under “events”  for more information click here.