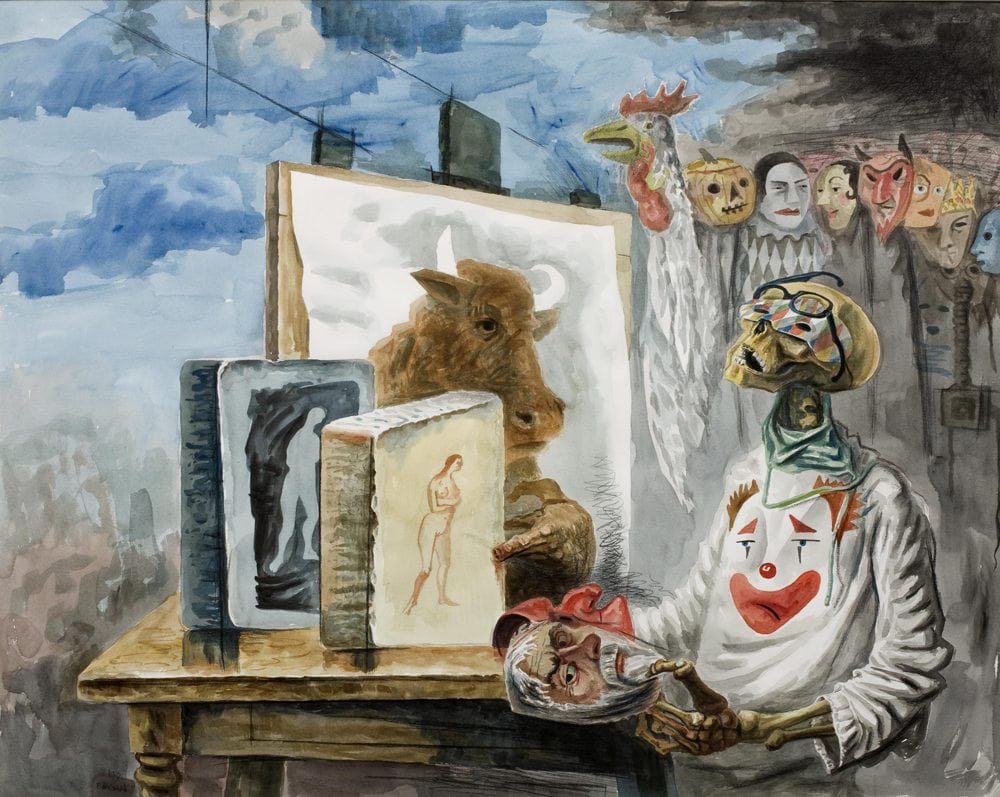 Frederick Hagan (1918–2003) who was born and raised in Toronto and lived in Newmarket for sixty years, held a lifelong fondness for the Near North and Muskoka regions, people and histories. And so he bestowed to Barrie one of his most considered gifts: Skeleton Shore Timbers (1966), God Saving Patterns (1974–75) and Artist’s Masks (1991), along with sheaves of figural and compositional studies for each of these definitive paintings. Figure in Place, which brings these works together for the first time, illuminates Hagan’s creative process, demonstrating how he sensitively set the human condition, at once physical and psychological, in the picture.

Figure in Place is organized by the MacLarenArtCentre in conjunction with Figuring Out the Landscape: The influence of “the land” in the paintings of Frederick Hagan, curated by Ted Fullerton, on view at the Campus Gallery at Georgian College from September 13 to October 9, 2011. The exhibitions are accompanied by a collaborative publication with essays by eminent Canadian art historian Dennis Reid and the curators.