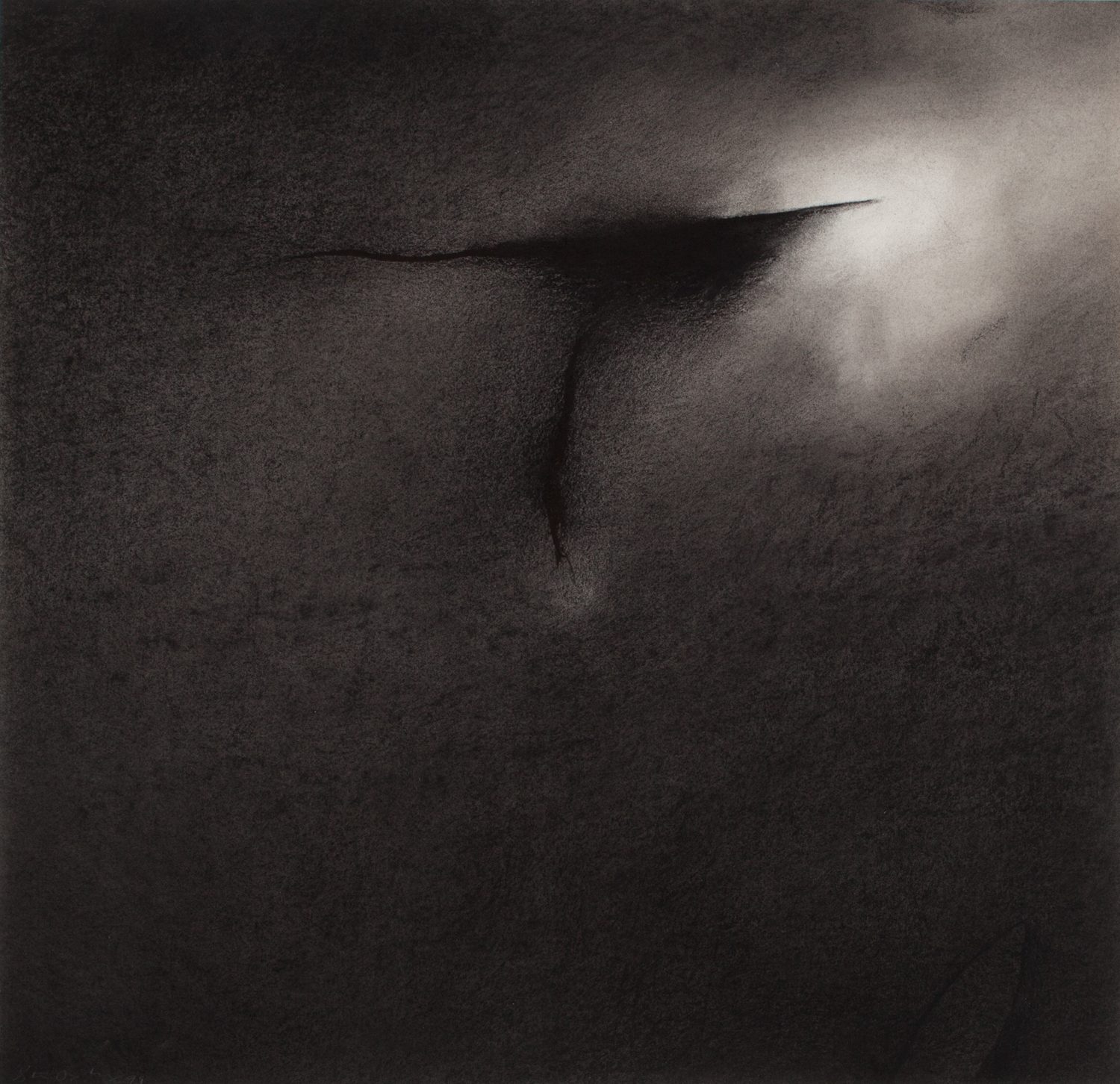 Stu Oxley is a highly regard printmaker and painter and central to Oxley’s practice is drawing. As the artist notes, “Drawing, for me, is an expression of a moment… In my studio I’ll make a mark, and the relationship between one mark and another mark is important, and that’s not specific to the marks themselves, but it’s the relationship that I arrive at between the marks.” In this drawing, Oxley presents a simple but compelling image. Evocative of sunlight burning through fog, a gradated black and gray ether refuses to allow a birdlike form resolve itself into a recognizable figure. This is common to Oxley’s practice, as his work resists simple classification. Instead, it is the relationship between marks, light and contrasting tone that capture our attention and draw us in.

Stu Oxley was born in Ramsbottom, England, in 1950. He received his BFA at the University of Guelph in 1978 and attained his MFA at the University of Waterloo in 1995. Oxley has exhibited his work in over twenty-five solo exhibitions, including recent exhibitions at Mira Godard Gallery, Toronto; Naughton Gallery, Belfast, Ireland; and Paul Kuhn Gallery, Calgary. Oxley’s work is held in numerous private and public art collections including the Art Gallery of Hamilton, Museum London, MacLaren Art Centre, Nickle Museum of Art, Calgary, and the Museum of Contemporary Canadian Art, Toronto. He is represented by Paul Kuhn Gallery (Calgary), Mira Godard Gallery (Toronto) and Jennifer Kostuik Gallery (Vancouver). In addition to his personal practice, Oxley has worked as a Master Printer for many significant Canadian and international artists at Riverside Studio, a printmaking facility he has owned and operated since 1989. Oxley resides in Elora, Ontario, and teaches drawing and printmaking at Georgian College in Barrie.

The travelling solo exhibition Stu Oxley: Distant Grounds, organized and circulated by the MacLaren Art Centre, is on view at the Art Gallery of Guelph from January 21 to March 27, 2016.