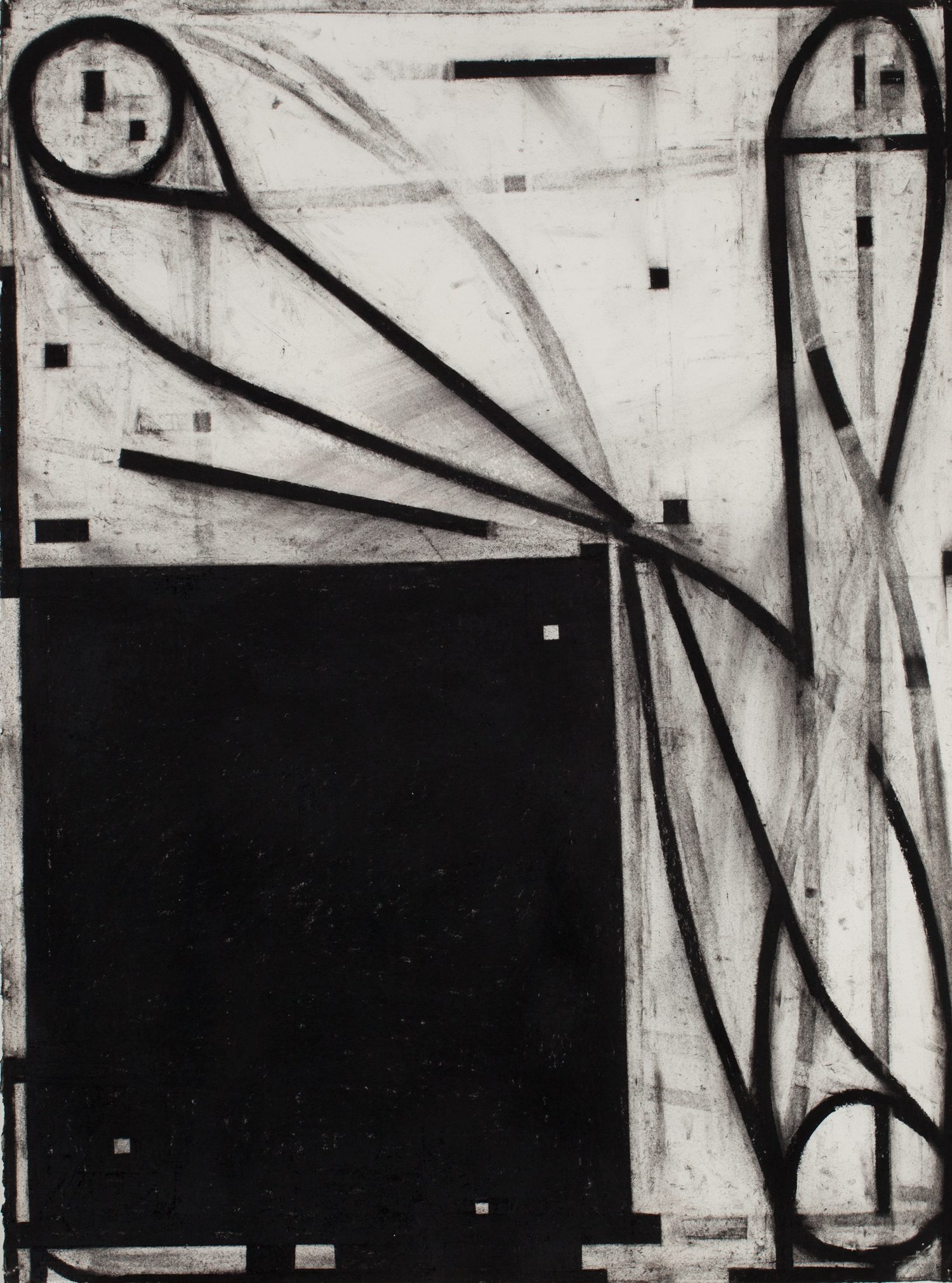 Building on the legacy of twentieth-century Modernism, Ron Shuebrook combines the conscious analysis of space with an intuitive expression of line. Though best known for his large-scale abstract paintings, Shuebrook’s drawings are of equal note, featuring carefully orchestrated geometric forms and curvilinear configurations. Untitled (2000), from the MacLaren’s Permanent Collection, is characteristic of his abstract drawings; though non-representational, its stark contours and architectural forms conjure a map of an imaginary wintry space.

Shuebrook makes drawings not only by marking but by erasing. Strokes of charcoal shimmer across the surface, fade and reappear again. Long planes in varying shades of black and grey guide the eye through the winding composition. The movement in this drawing is circuitous; typical of Shuebrook’s work, it evokes both physical and psychological responses.

As a testament to Shuebrook’s graphic sensibilities, a retrospective survey of his charcoal drawings is currently in the midst of a cross-Canada tour. Curated by John Kissick, Ron Shuebrook: Drawings was first presented in Guelph at the Macdonald Stewart Art Centre in the winter of 2014. It then travelled to Halifax at Mount Saint Vincent University Art Gallery, the Robert McLaughlin Gallery in Oshawa, and will make a final appearance at Kelowna Art Gallery in the spring of 2015.

Ron Shuebrook was born in Virginia in 1943 and began his artistic career in the early 1970s. Currently living in Guelph, Ontario and Blandford, Nova Scotia, Shuebrook worked as an educator and administrator at numerous institutions across the United States and Canada including Kent State University, Nova Scotia College of Art and Design and the University of Guelph. His work has been acquired by more than fifty public galleries, museums and corporations including the National Gallery of Canada, the Art Gallery of Ontario and the MacLaren Art Centre. Shuebrook is represented by Olga Korper Gallery in Toronto.