everything she inspires remains, belongs to light

The process of writing art history is one of amplification and repetition. In Erika DeFreitas: everything she inspires remains, belongs to light, DeFreitas’ poetic gestures reimagine a canon in which Black women’s artistic labour is as valued and commemorated as the work of their contemporaries. 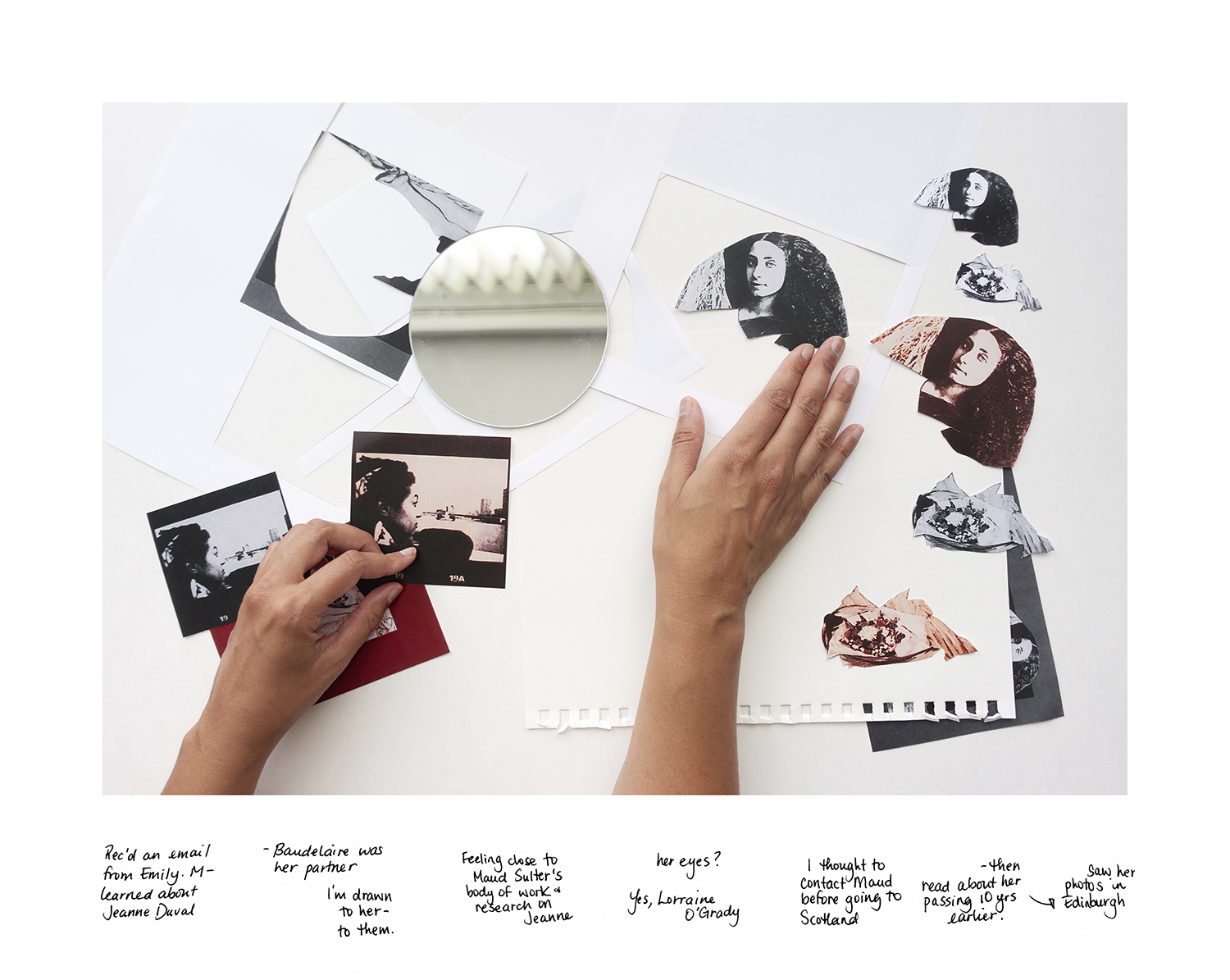 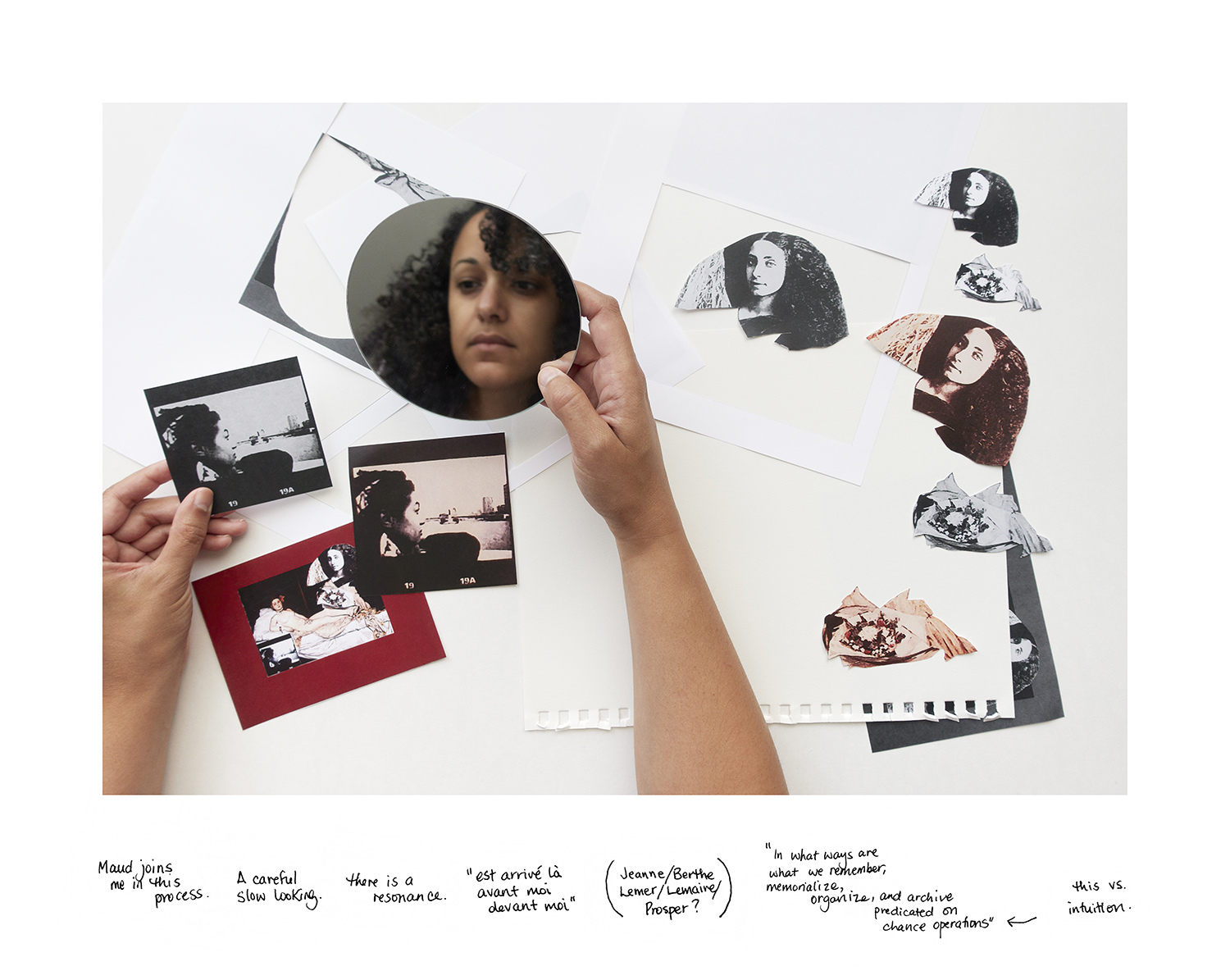 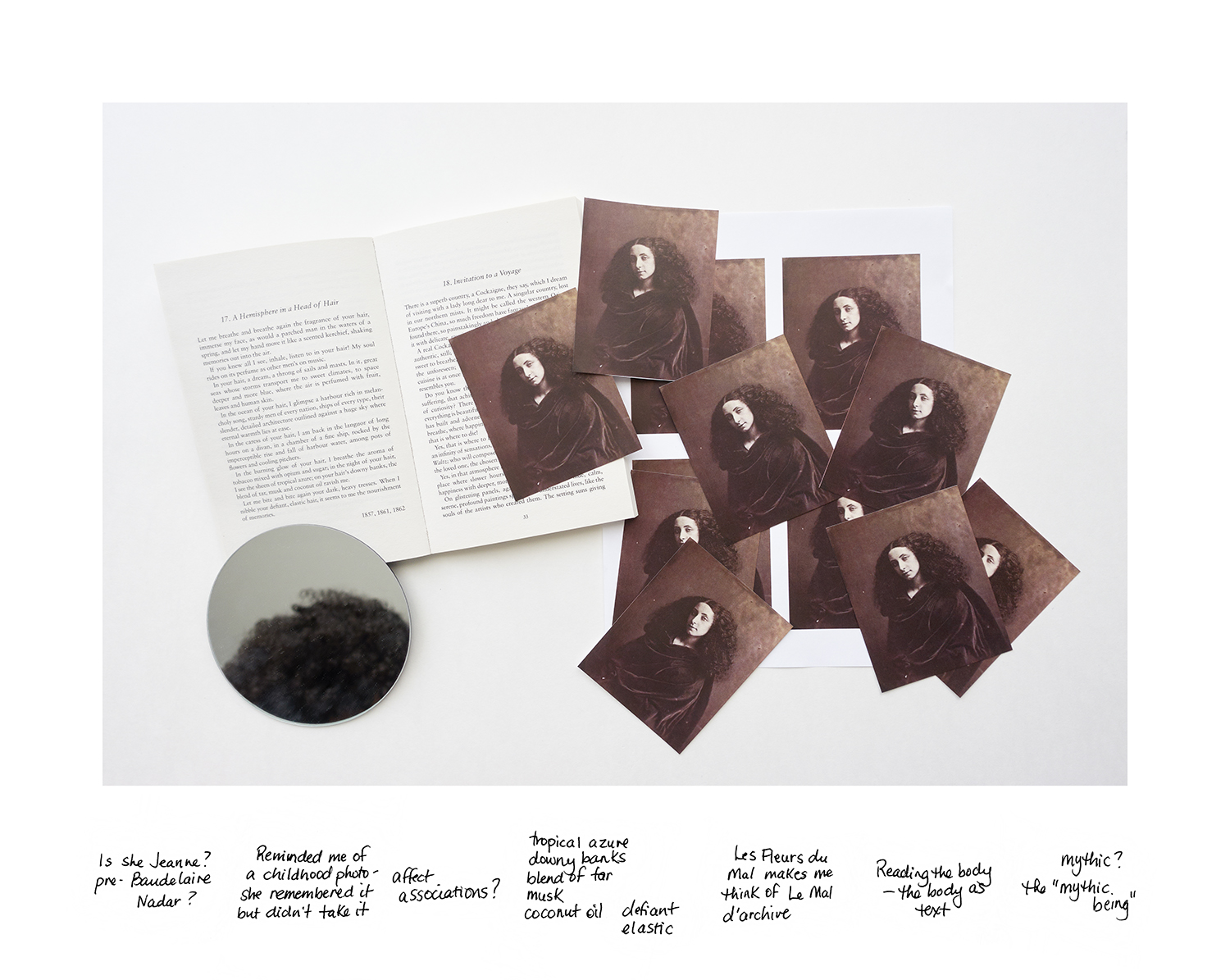 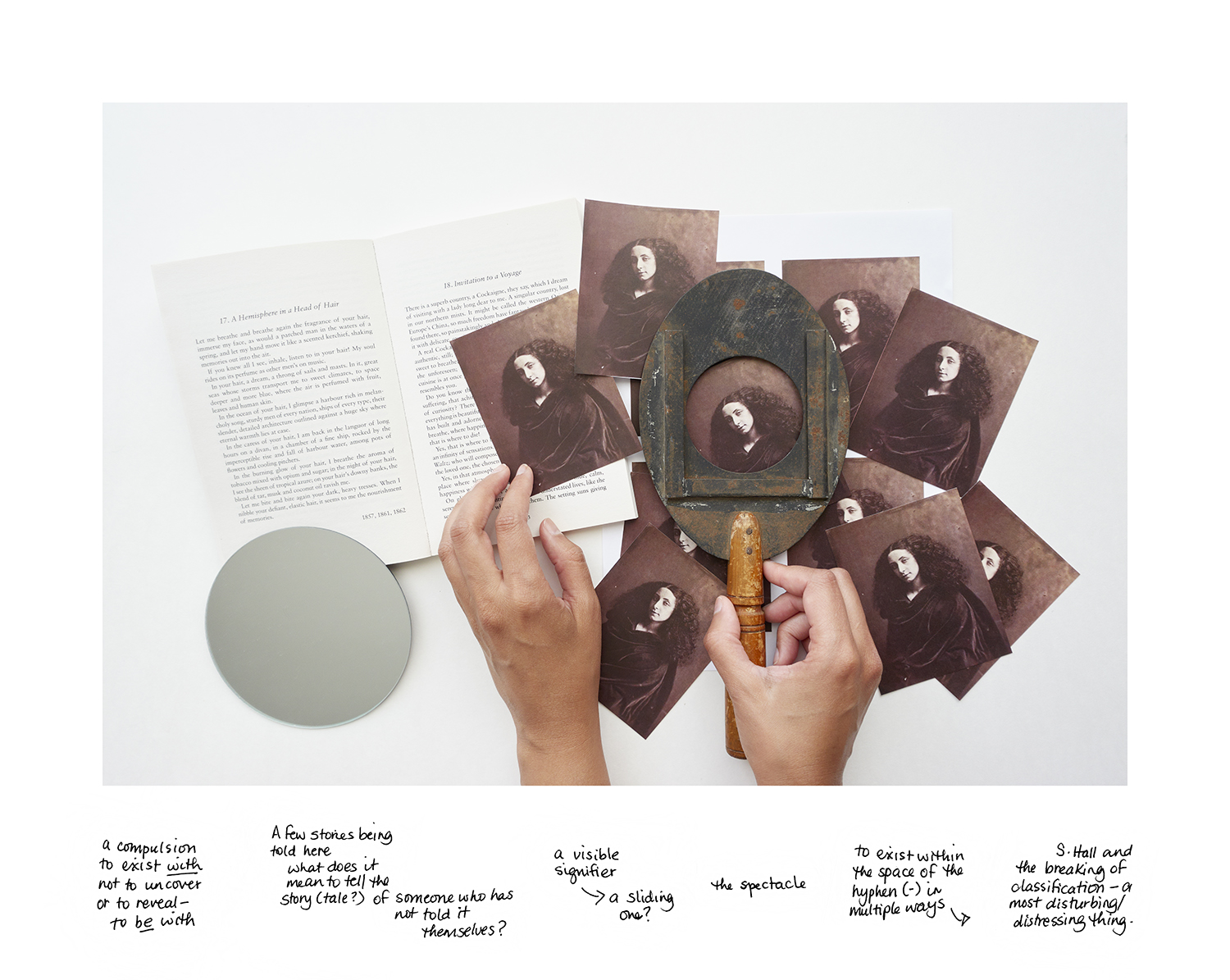 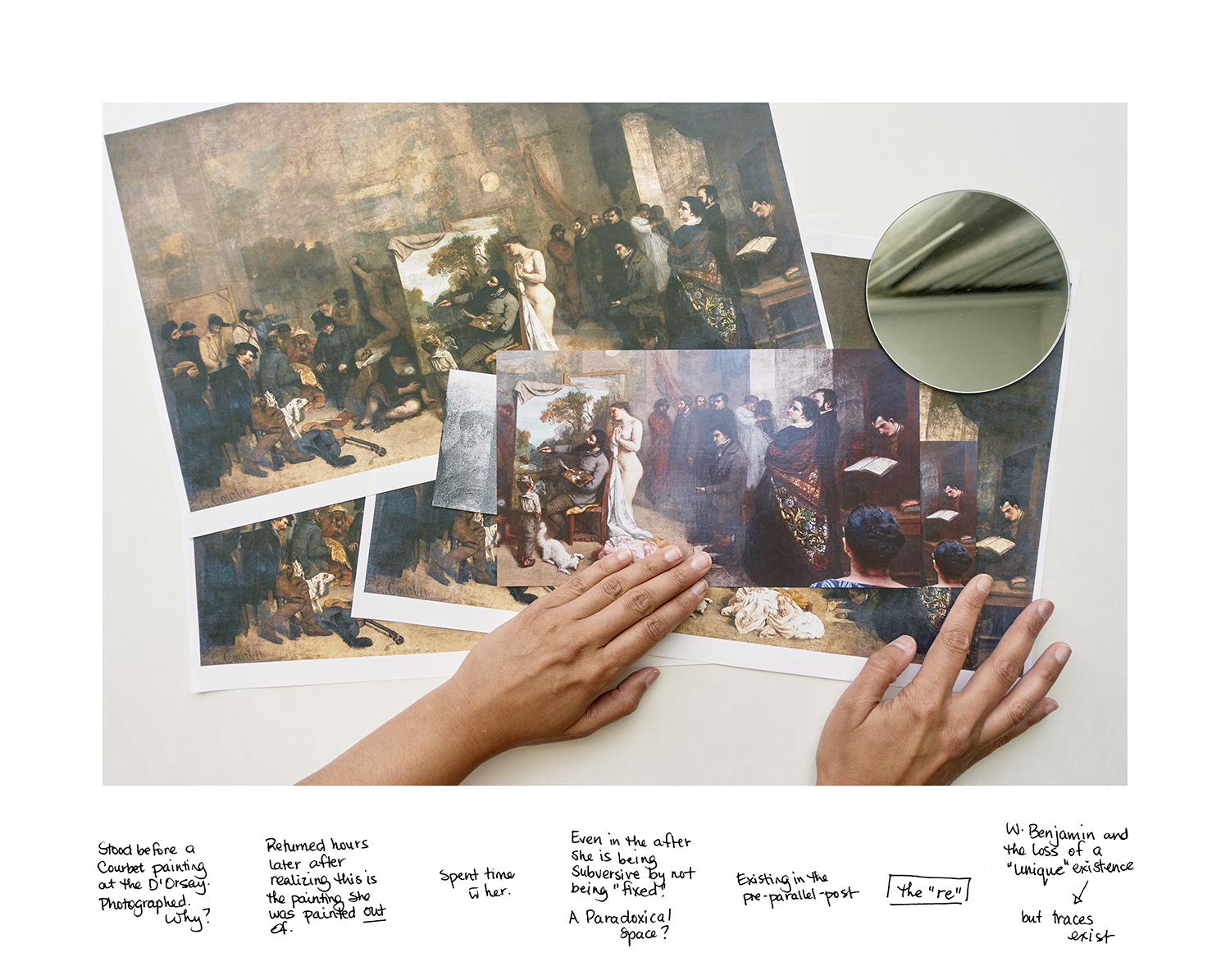 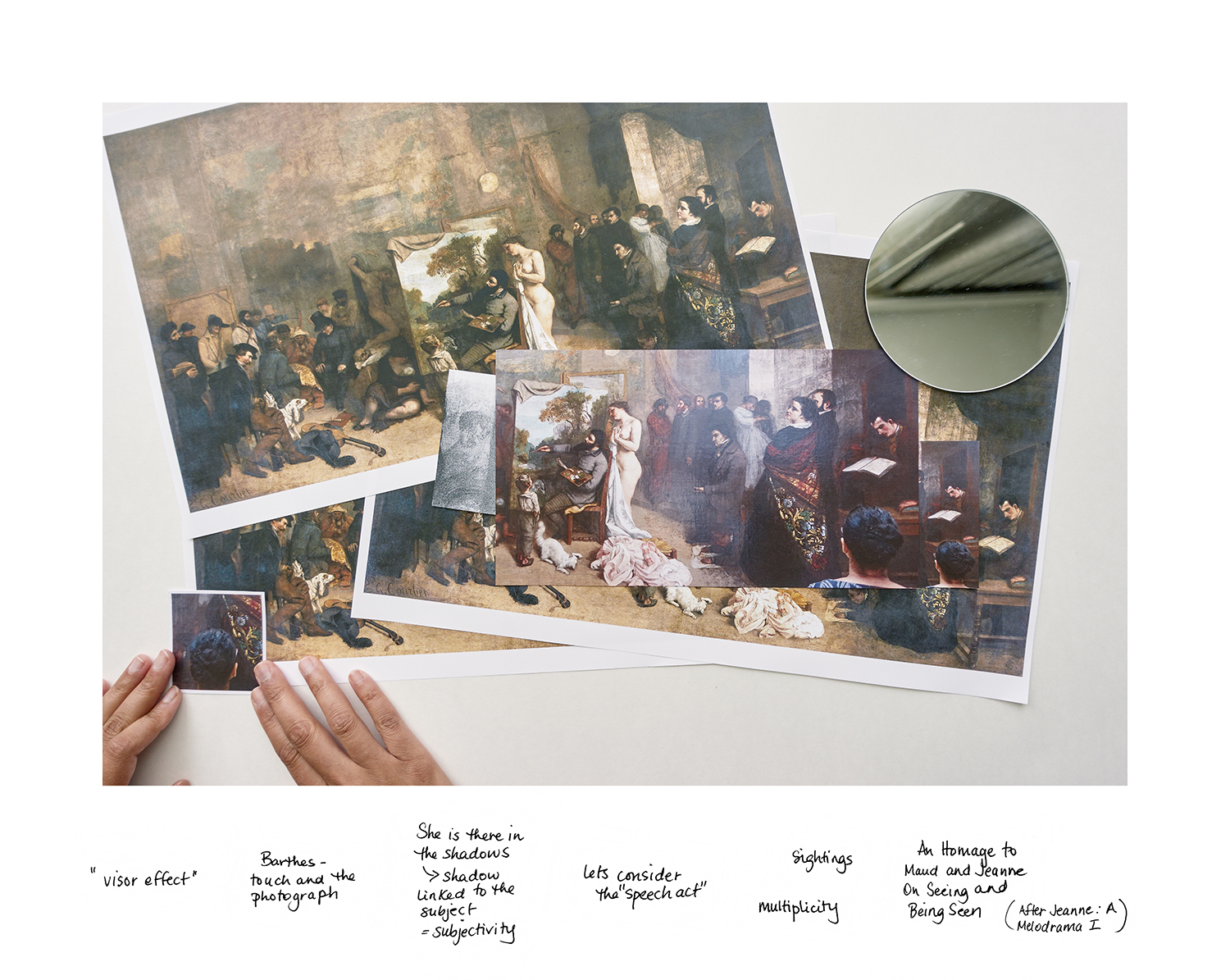 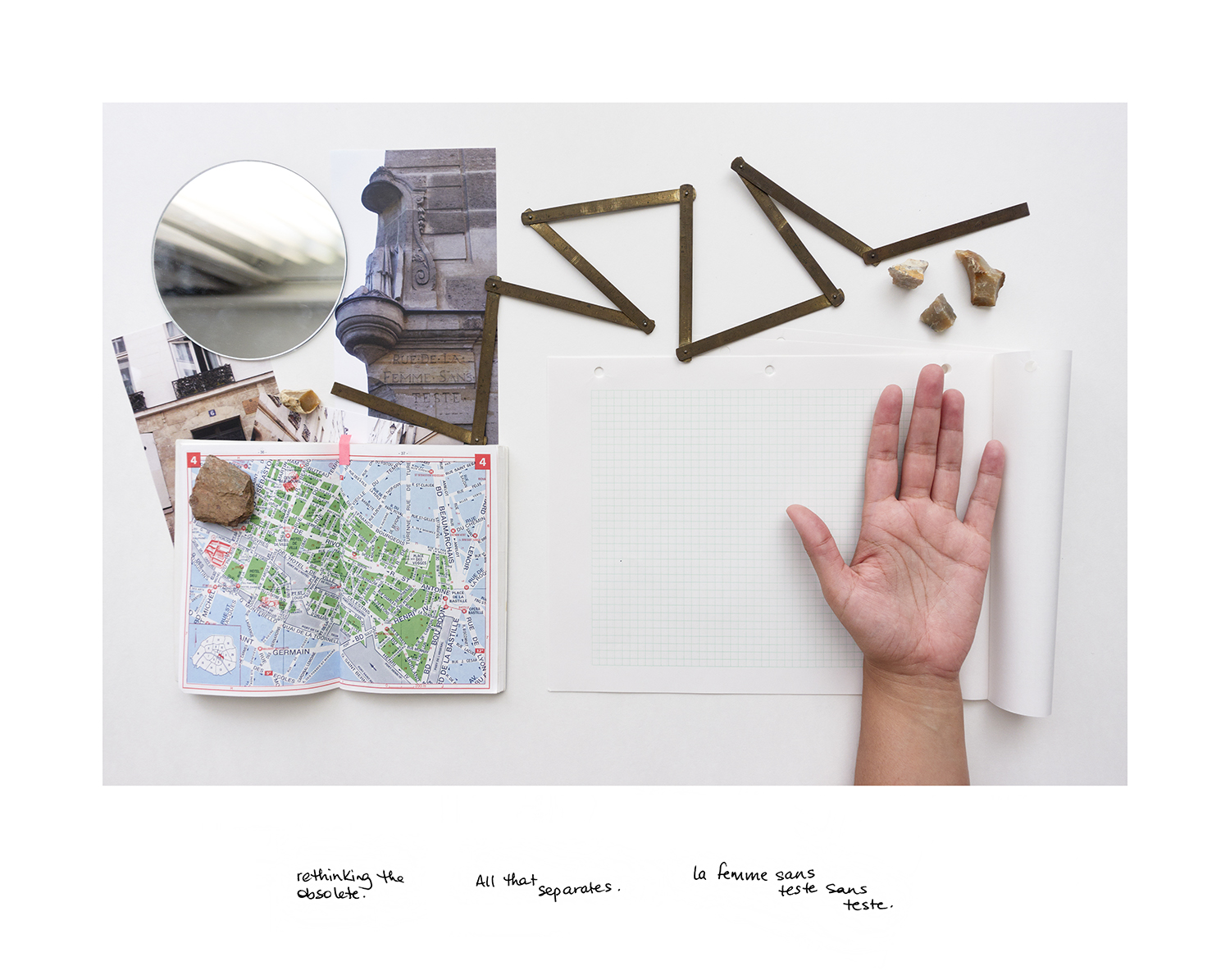 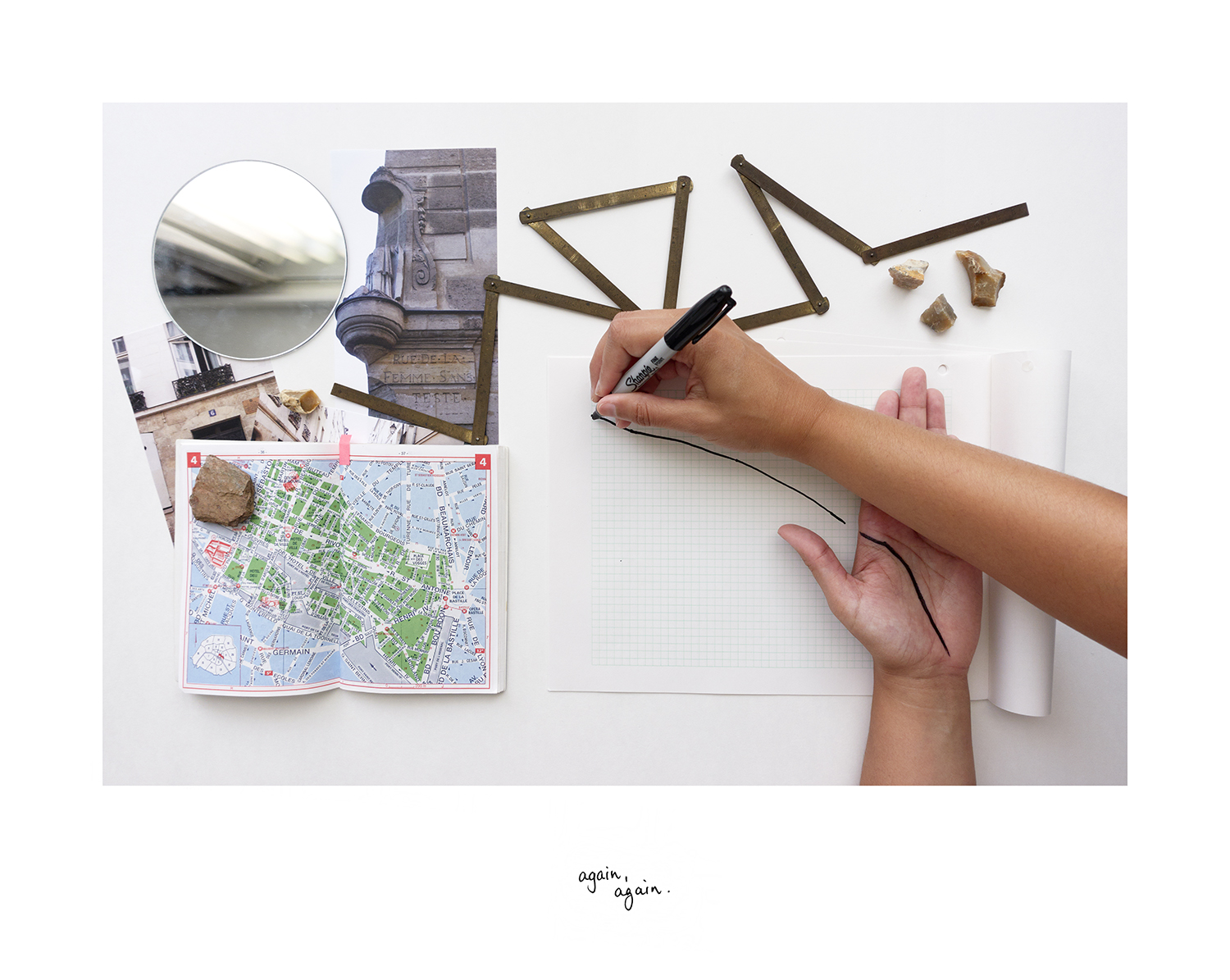 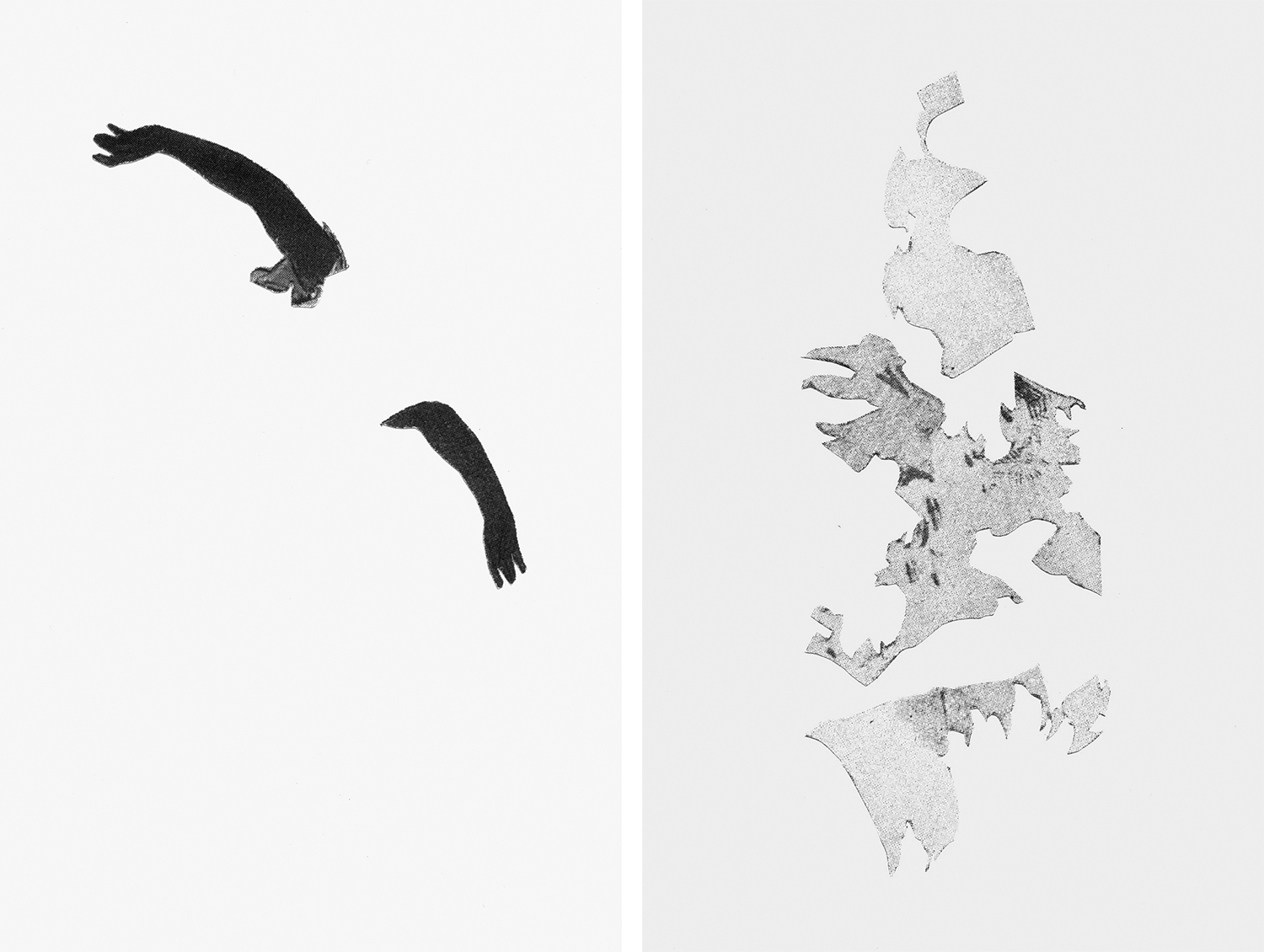 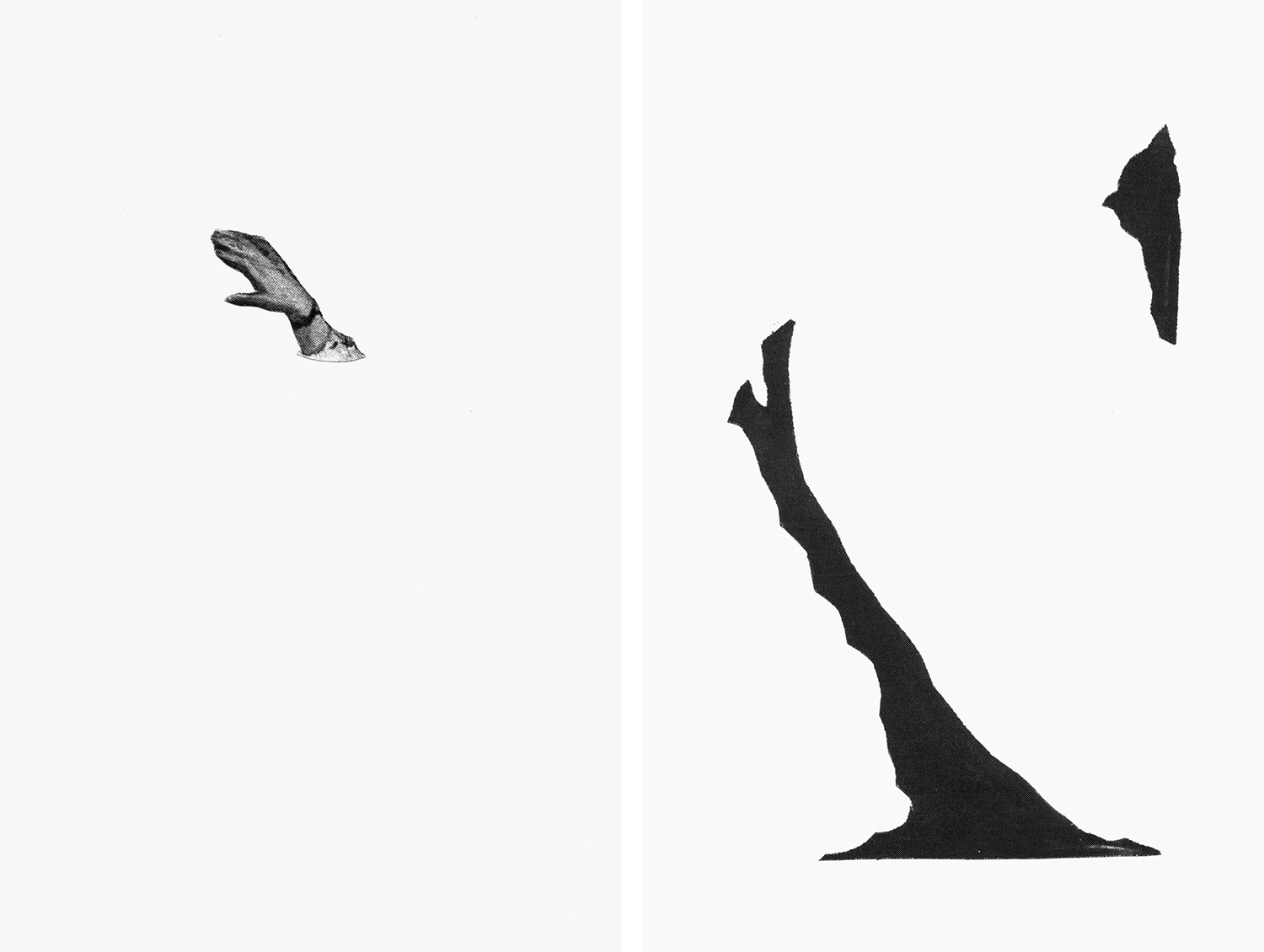 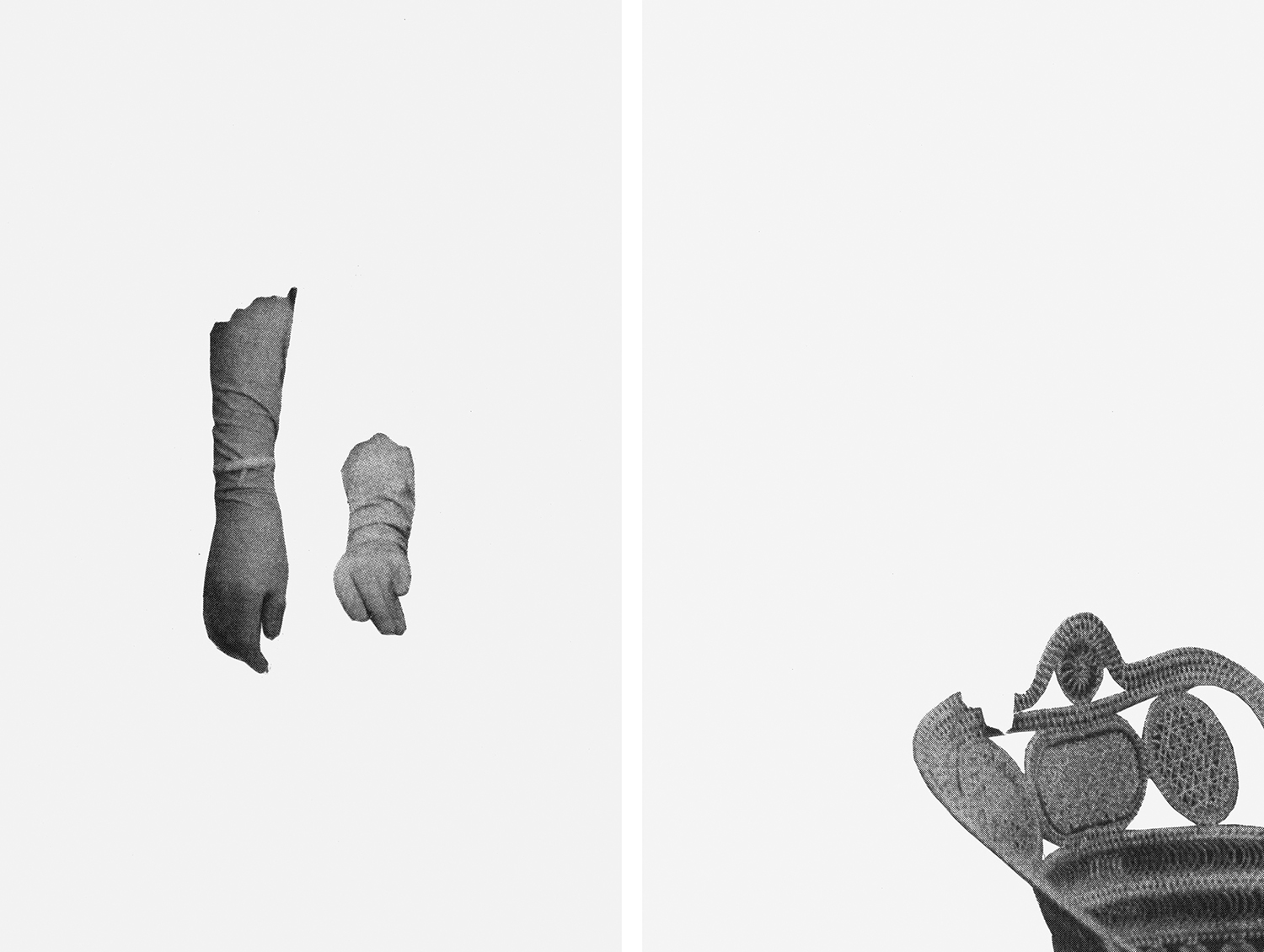 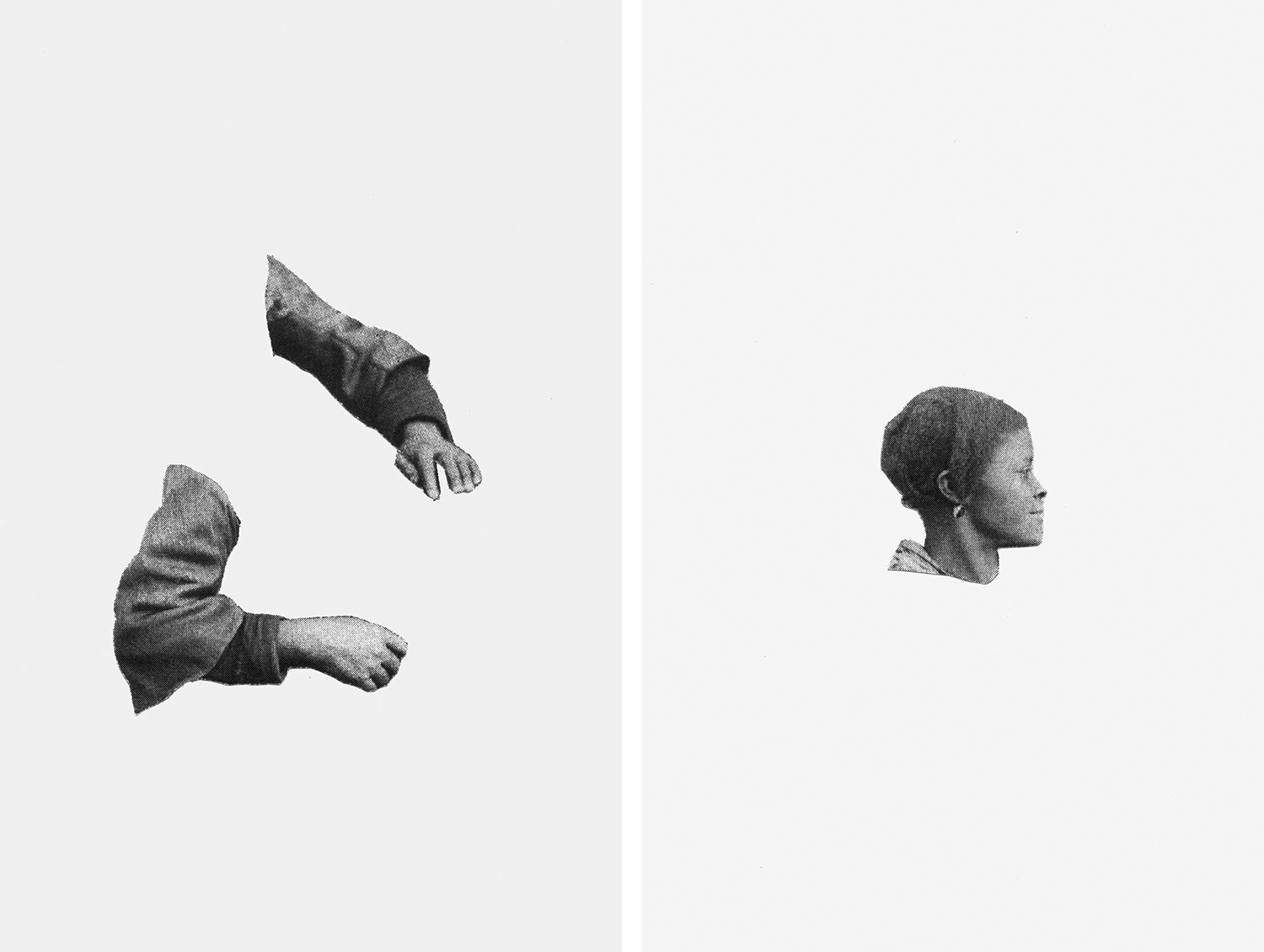 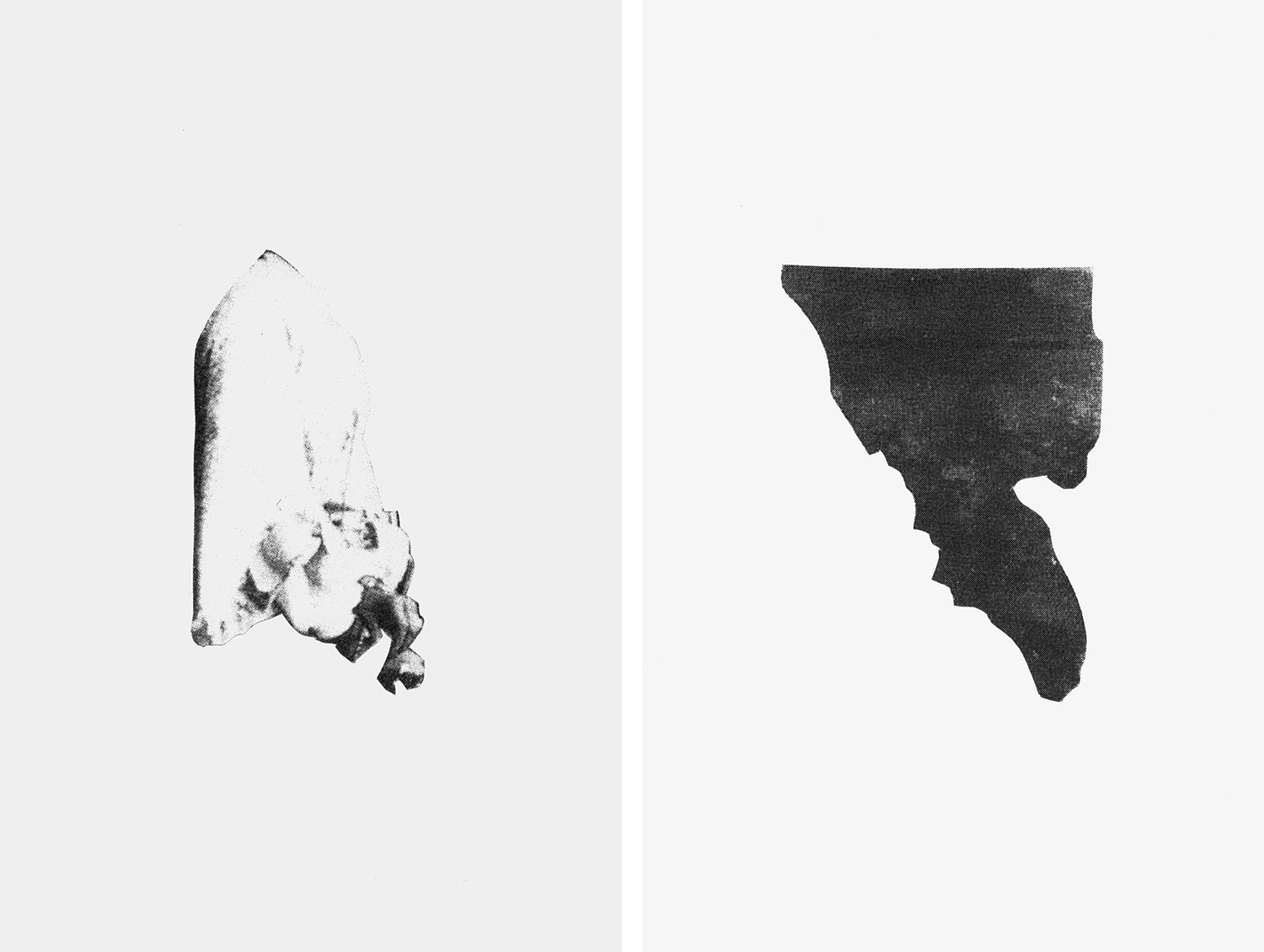 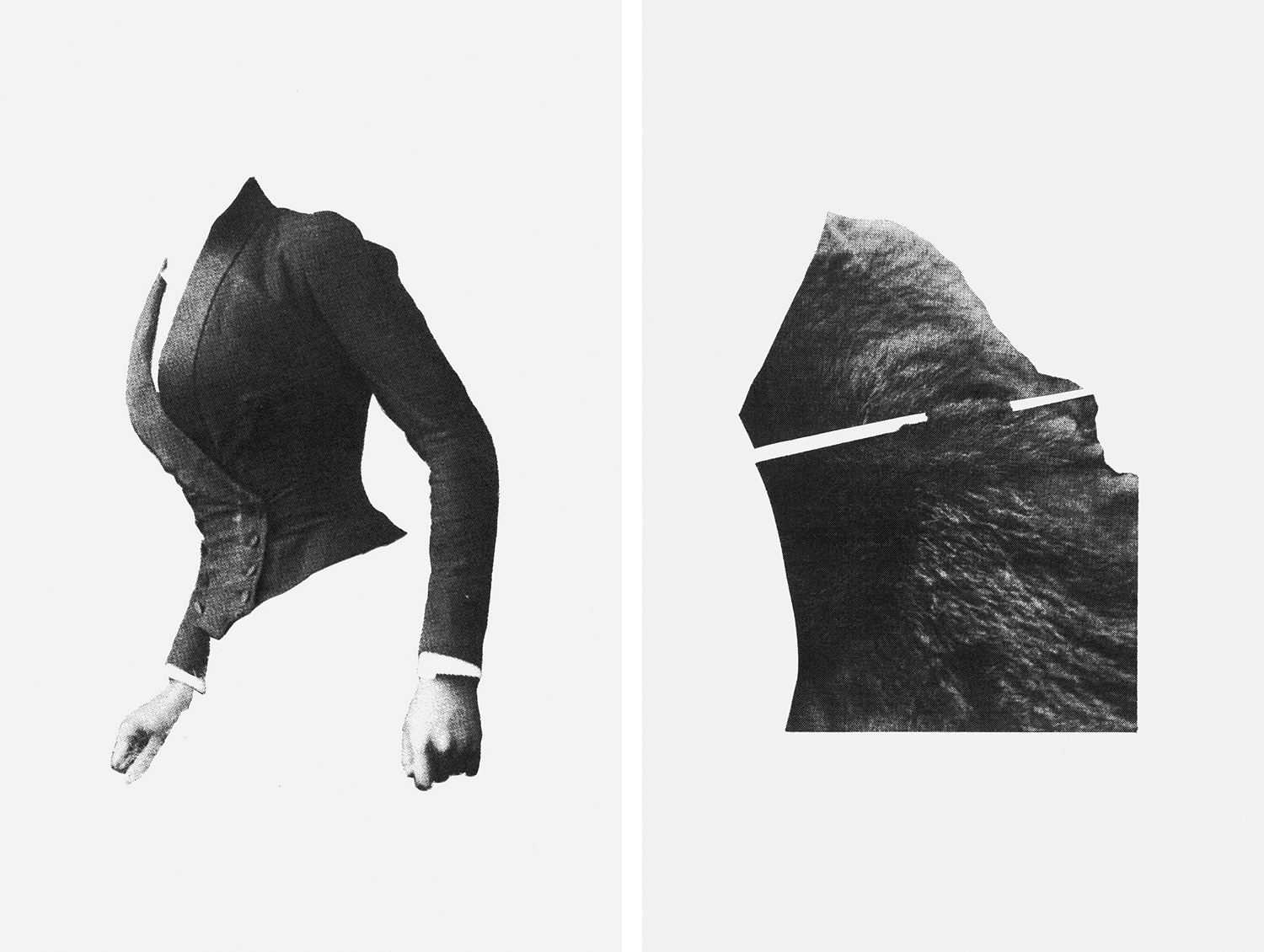 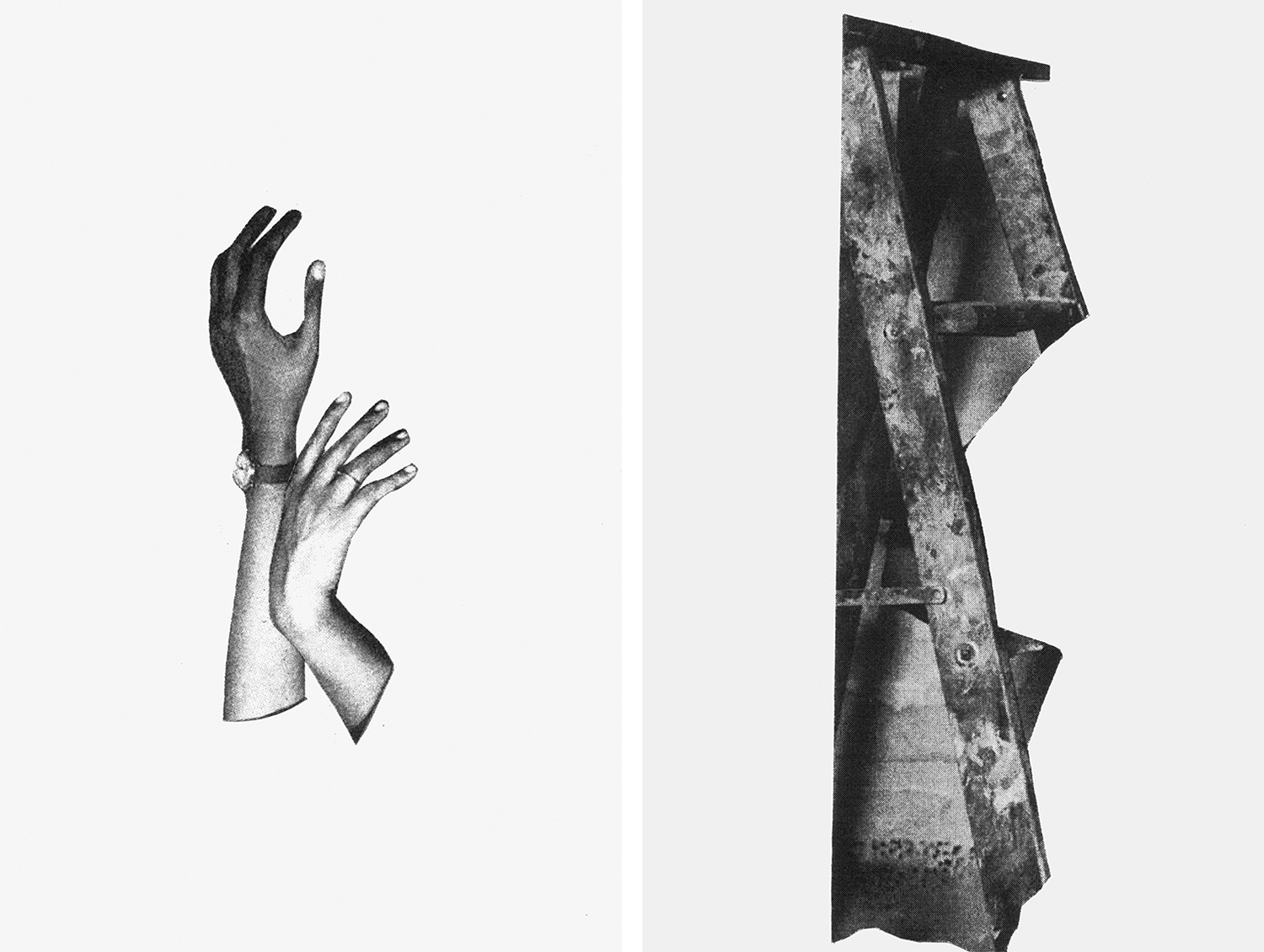 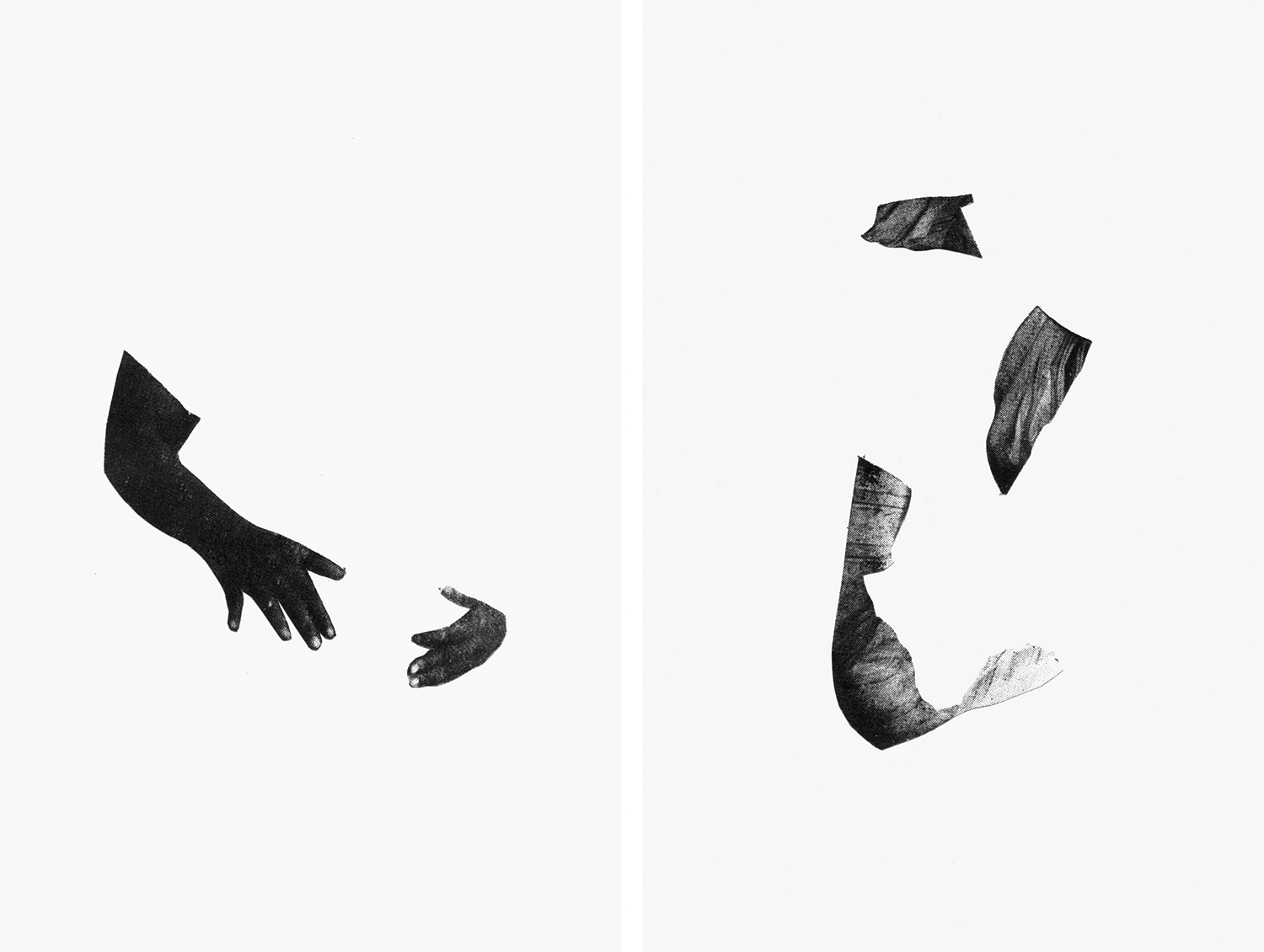 very strongly may be sincerely fainting

“Even in the after she is subversive for not being ‘fixed,’” artist Erika DeFreitas notes in the fifth image in the series arriver avant moi devant moi (which roughly translates to: “to arrive before me, in front of me”). Written in response to Gustave Courbet’s L’Atelier du peintre (1854–1855), which DeFreitas viewed at the Musée D’Orsay in Paris while on an artist residency, this statement reflects the admiration and connection the artist holds for Jeanne Duval (ca. 1820 – ca. 1862).

Duval, a Haitian-born French actress and dancer, is just one of many Black women artists, muses and historical figures invoked in this presentation, from an unnamed subject featured in a painting by Frédéric Bazille in she returns in the midst of echoes and in the pause and the mirrored peaks to Edmonia Lewis, Senga Nengudi, Howardena Pindell and countless others in DeFreitas’ very strongly may be sincerely fainting. The process of writing art history is one of amplification and repetition; here, DeFreitas’ poetic gestures reimagine a canon in which Black women’s artistic labour is as valued and commemorated as the work of their contemporaries.

This exhibition is complemented by a text by Daisy Desrosiers.

Erika DeFreitas is a Scarborough-based artist whose practice includes the use of performance, photography, video, installation, textiles, works on paper, and writing. Placing an emphasis on process, gesture, the body, documentation, and paranormal phenomena, she works through attempts to understand concepts of loss, post-memory, inheritance, and objecthood. DeFreitas’ work has been exhibited nationally and internationally. She was the recipient of the TFVA 2016 Finalist Artist Prize, the 2016 John Hartman Award, and longlisted for the 2017 Sobey Art Award. DeFreitas holds a Master of Visual Studies from the University of Toronto. 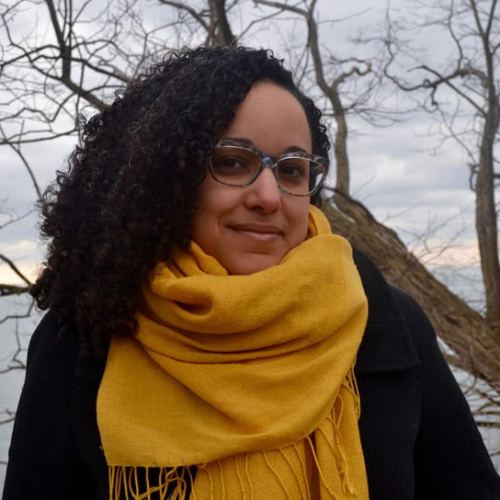 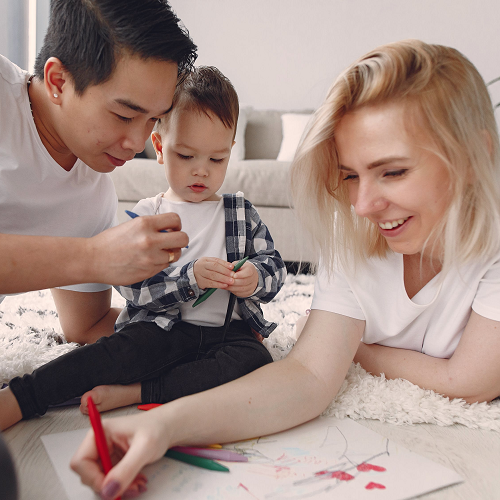 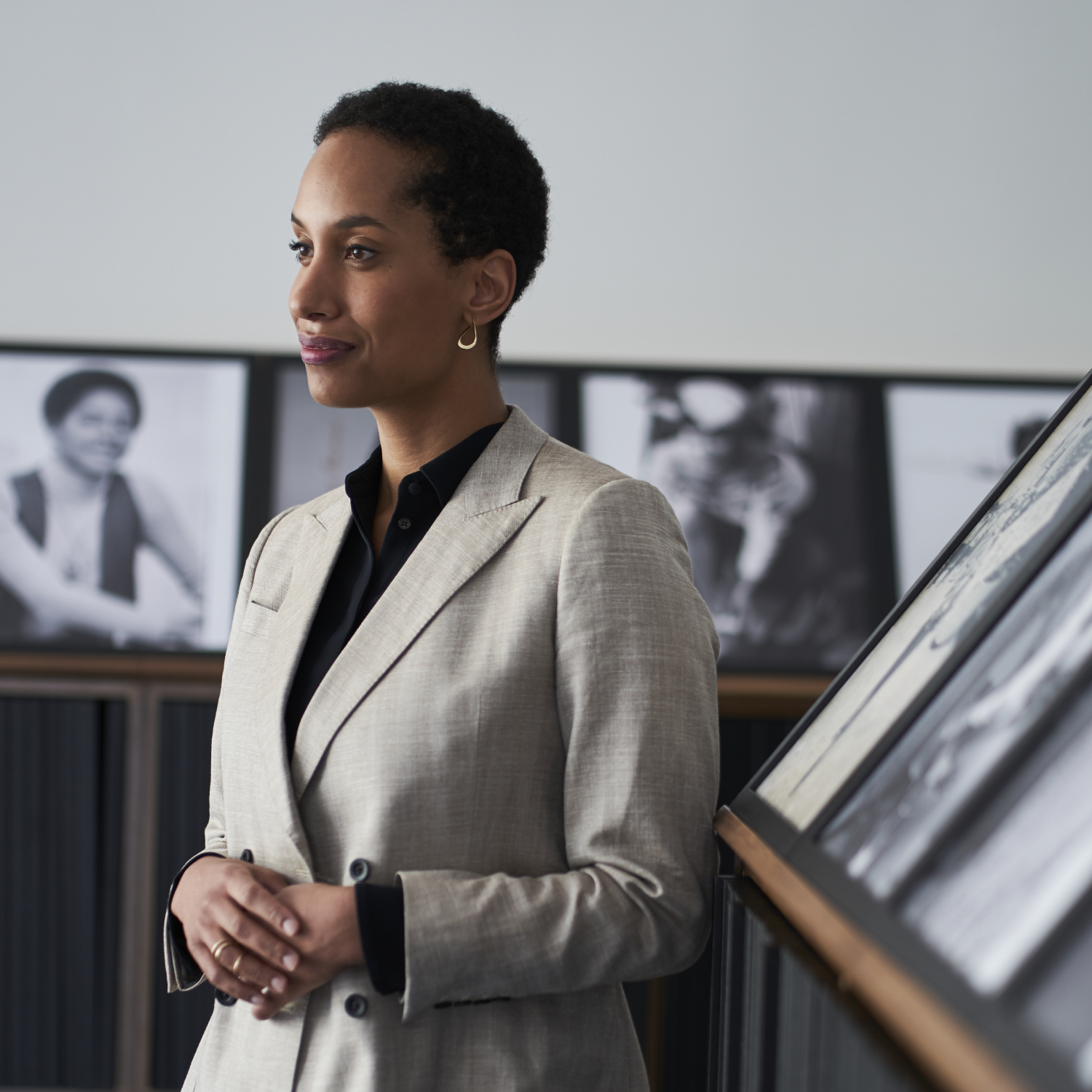