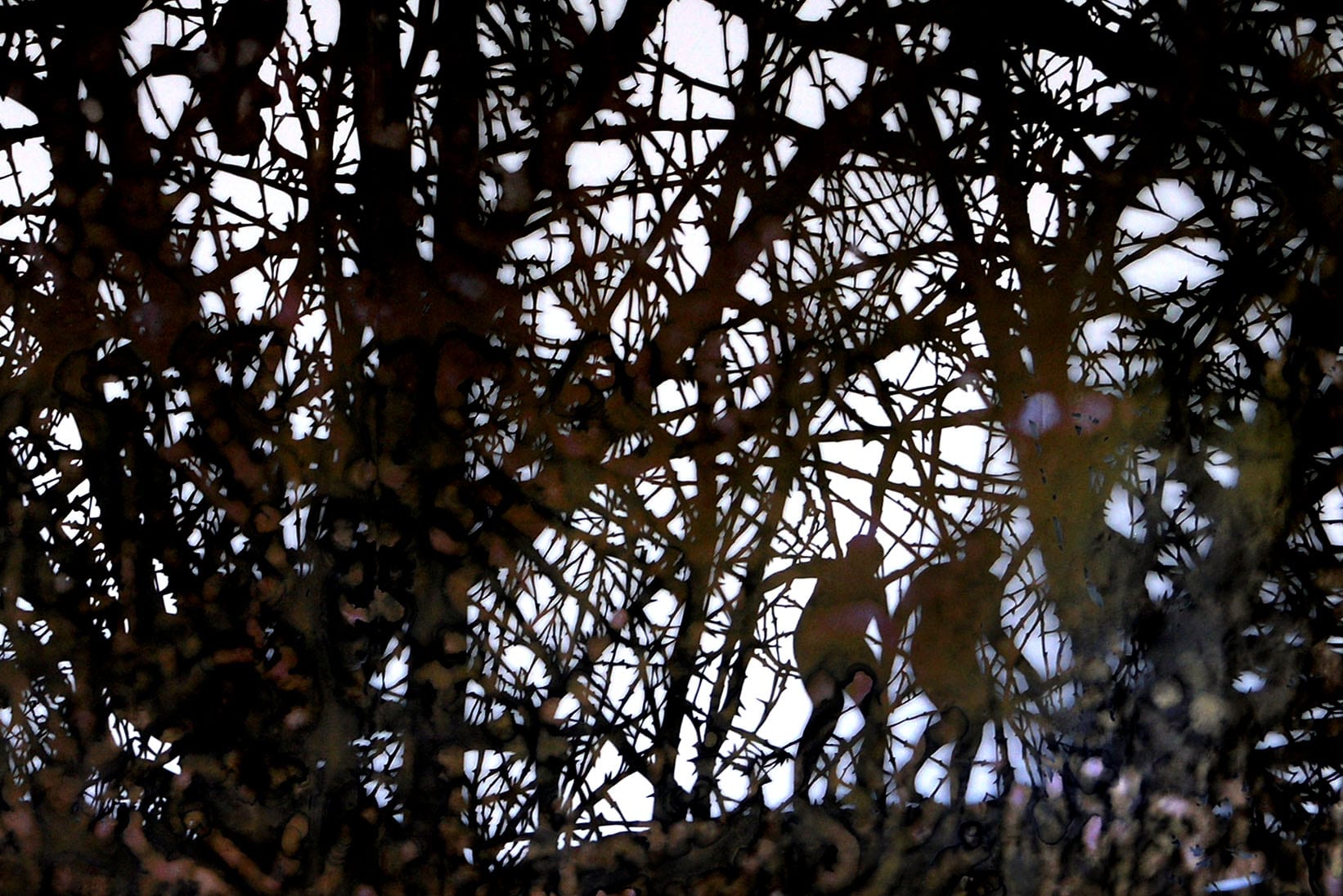 In his drawing practice, Toronto artist Ed Pien explores the convergence of history, belief and mythology from diverse cultures. Most recently, Pien has been inspired by strange and fantastic creatures from classic Chinese literature such as Journey to the West and The Classics of Mountains and Seas. Enchantment, a new paper-cut work made for the MacLaren’s upper gallery windows, celebrates the imaginative worlds of fairytale and myth. Enchantment is an extension of Ed Pien’s solo exhibition, Haunting: The “Drawing” of Ed Pien, curated by Ted Fullerton, on view at the Campus Gallery, Georgian College in Barrie from September 14 to October 10.

Ed Pien received his BFA from the University of Western Ontario and his MFA from York University. He teaches at the Visual Studies Department at the University of Toronto. His work has been exhibited extensively, nationally and internationally, with solo shows in 2010 at Oakville Galleries, Museum London, The Rooms, St. John’s, Newfoundland, and contemporary art centres in Mexico City, Chongqing, China and Nottingham, England. Pien’s works are in numerous public and private collections, including the National Gallery of Canada, Art Gallery of Ontario, Montreal Museum of Fine Arts and Musée d’art contemporain, Montreal. He is represented by Birch Libralato, Toronto and Pierre-Francois Ouellette Art Contemporain, Montreal.